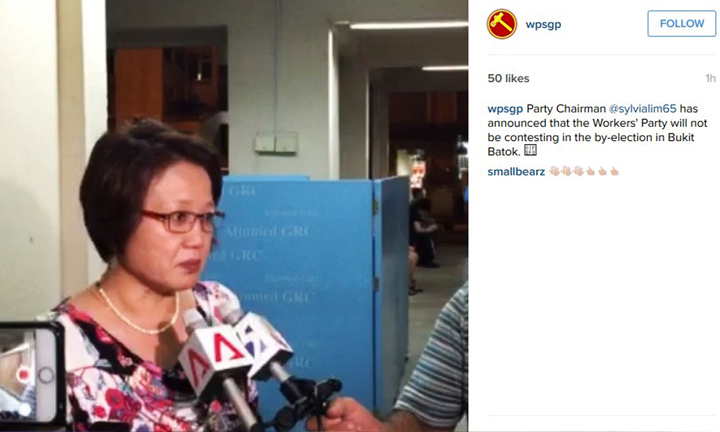 “The Workers’ Party would like to announce that we will not be taking part in the coming by-election for Bukit Batok”.

With that statement, Sylvia Lim has quashed the dreams of some supporters who were hoping the party might send another MP to parliament.

A clip of the statement was uploaded on the Workers’ Party’s Instagram page.

Other factions from the opposition camp though have rejoiced that the WP’s move will avoid a multi-cornered fight in the SMC, after the Singapore Democrats declared themselves in the running. 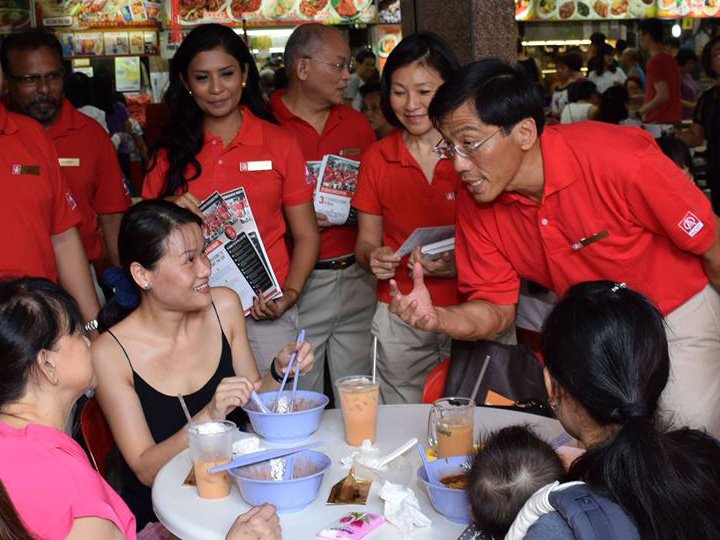 The SDP mobilised its members quickly, and went on a walkabout at Bukit Batok yesterday – one day after David Ong announced his resignation from the MP post over “personal indiscretions”.

The passionate botak is widely believed to have had an extra-marital affair with a lao chio grassroots member 10 years his junior, and married with children.

So far, only the SPP’s Benjamin Pwee has hinted that he might contest in Bukit Batok.

Independent candidate Samir Neji, who ran in the ward in GE2015 has also announced his interest, but with no rallies held, 150 votes and a grand total of 0 percent during the last election, it’s hard to consider him a credible candidate.