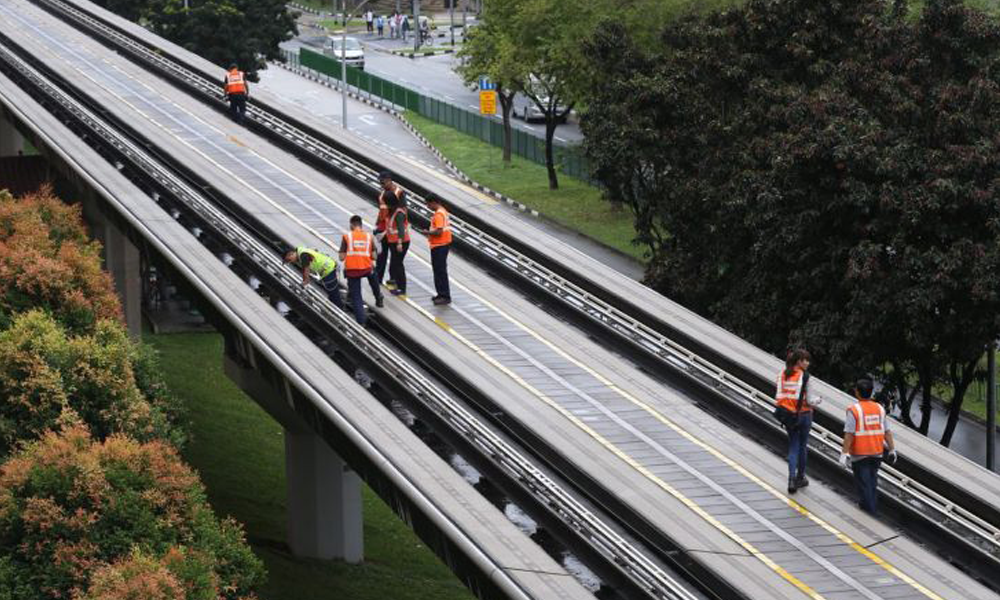 Commuters on the Bukit Panjang LRT frustrated at why the damn line is down, now you know – a train had crashed into and damaged a “signal stop tape” near Keat Hong station at 1.45pm.

As a result, service on the BPLRT was shut as workers withdrew the damaged train for inspection and replaced the equipment damaged in the crash.

A signal stop tape is a trackside apparatus which determines where and when a train stops at a station.

It’s uncertain at this time how a train manage to crash into it.

BPLRT operator, SMRT, managed to get train service up and running again at about 6.30pm.

Transport Minister Khaw Boon Wan has since admitted that the BPLRT was built under political pressure some 18 years ago.

The government is presently considering tearing down the whole line and building a new one in its place.