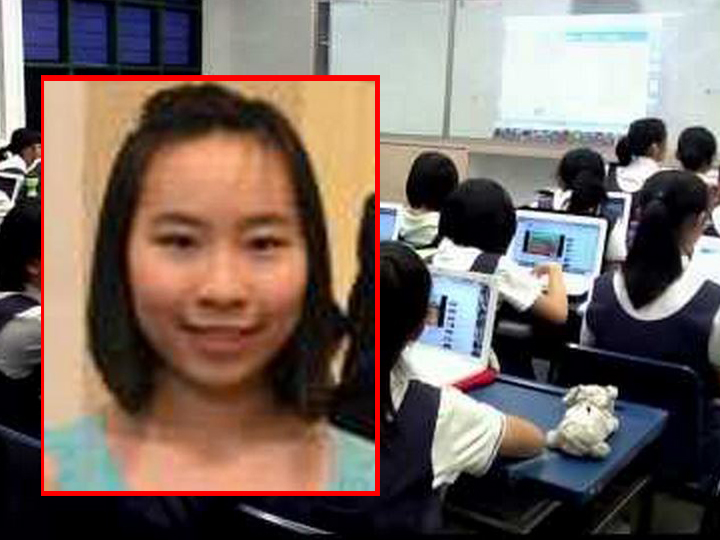 This Raffles Girls’ School (RGS) old girl is suing her alma mater for failing to protect her from being bullied.

18-year-old Cheryl Tan claims that because of the bullying, she was forced to study overseas.

Tan is looking at S$250,000 in compensation, as payment for her suffering, and for her school fees at the prestigious Wells Cathedral School in England, where she is now completing her ‘A’ Levels.

Tan apparently fell out with her Chinese Orchestra classmates when she was in Secondary 3 – back in the year 2012 when she was appointed secretary of the CCA and student conductor too.

Tan says her classmates accused her of being selfish and greedy for taking up both positions, and they bullied her in school and online.

She said she had repeatedly complained to RGS teachers about the bullying, but the attacks didn’t stop.

Tan withdrew from RGS the next year.

She claims the repeated bullying caused her eczema to worsen and skin on her hand to crack, affecting her ability to play instrument, and that she needed treatment at KK Women’s and Children’s Hospital.

The school says it had frequently addressed her parents’ concerns regarding the bullying claims.

In its defence, RGS claims Tan had always wanted to study overseas, to the point of crying wolf to get her way.

And, RGS adds, Tan never was a school orchestra conductor, as her classmates believed – the orchestra cast their votes for another girl.