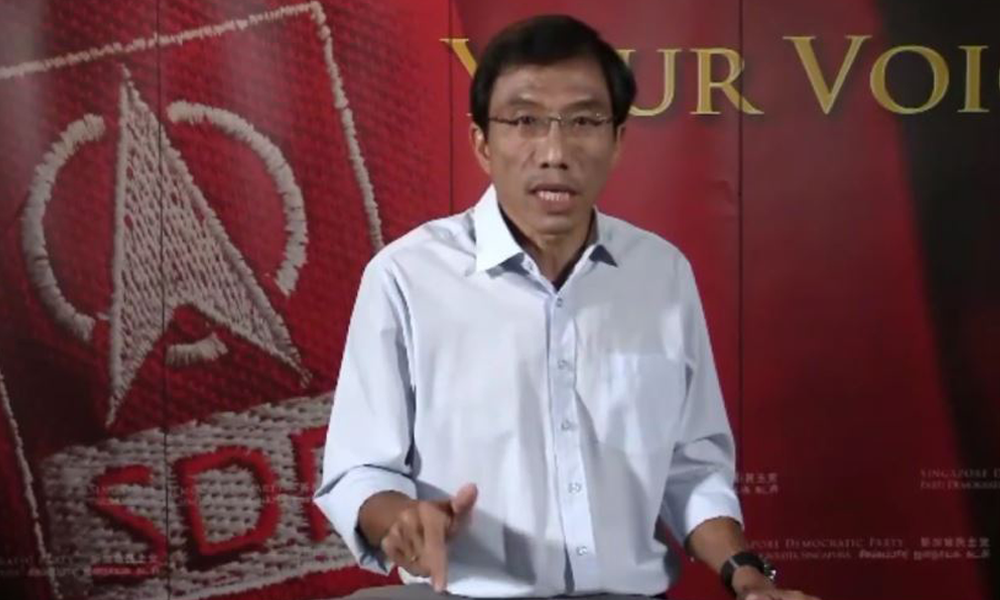 But if we know what we want, and we roll up our sleeves and set about achieving it, then nothing can stop us.”

That was the bullish conclusion of SDP Secretary-General Dr Chee Soon Juan’s national day message, which brought back memories of the defiance displayed in his 1994 book, “Dare to Change”.

For Singaporeans who haven’t watched speech, delivered with passion, conviction and gusto, you should watch it here.

For those who “pah see puay zao” and would still prefer a summary, here’s the 5 main takeaways from the SDP’s National Day Message 2018:

“Over and over, young Singaporeans say it that is the high cost of living that is making them put off having children. So what does Mr Lee to arrest the situation? He raises the cost of living.”

Dr Chee gets the ball rolling by speaking about how Singaporeans are reeling from the cost of living in the most expensive city in the world.

“Why do they care how much they spend? It’s not their money”

Dr Chee goes on to say that the government is carelessly spending people’s money and raising taxes and fees to “feed their habit”.

“Careless” spending such as:
S$800,000 for a rubbish bin centre
S$500,000 for a computer system that couldn’t be integrated with an existing one
S$40 million on National Day Parade to “glorify themselves”

(3) Government Has Lost its Moral Compass: When People Complain, they Kena Hantam

“The people are aching, they are hurting. But when they voice out their pain like how RC member Mr Abdul Aziz did, the ministers turn around and accuse them of being ungrateful and not knowing how to value their brilliance.”

Dr Chee said that while many Singaporeans report not having enough savings for retirement, the government raised taxes and fees despite S$10 billion surplus in taxes collected in 2017, while Reserves according to experts is estimated at up to a trillion dollars.

Citing SOS statistics, he said that the number of suicides among older generation is at an all-time high

(4) Ministers Aren’t Worth the Salaries They Demand

“This is mediocrity on full display. Yet, they demand to be feted and treated like aristocrats and be paid their millions.”

Dr Chee noted how ESM Goh said that ministers are not paid enough, and Defence Minister Ng Eng Hen said that Singaporeans are “getting a bargain” for the ministers they get.

He then went on to list problems which ministers “don’t seem to have viable solutions to”:
-escape of Mas Selamat
-Hepatitis C Outbreak
-Little India Riot
-MRT Breakdowns
-frequent flooding that was supposed to happen “once every 50 years”
-lack of hospital beds
-malfunctioning lifts that have caused serious injuries to people
-HDB flats that have their parts crumbling off
-stagnating productivity growth and low GDP growth of 2.5%
-the graduate poor who cannot find employment

Citing the example of Orchard Road’s dwindling crowd and the MRT breakdowns, Dr Chee said that when stuck, the government simply calls in foreign experts to help fix the problem.

“Many (national) serviceman ask in disillusionment, ‘Who and what are we defending?’”

Citing studies, Dr Chee said that 6 in 10 young Singaporeans want to migrate, and that a majority of respondents according to Yahoo poll say they are not proud to be Singaporeans.

This, because of a lack of democracy and the feeling of having a stake in the country, which was further exacerbated by the government “changed the rules” of the Elected Presidency to ensure that its candidate, Halimah Yacob, was appointed President.

We’ll leave you with this excerpt as fitting conclusion to Dr Chee’s bullishly brilliant speech: