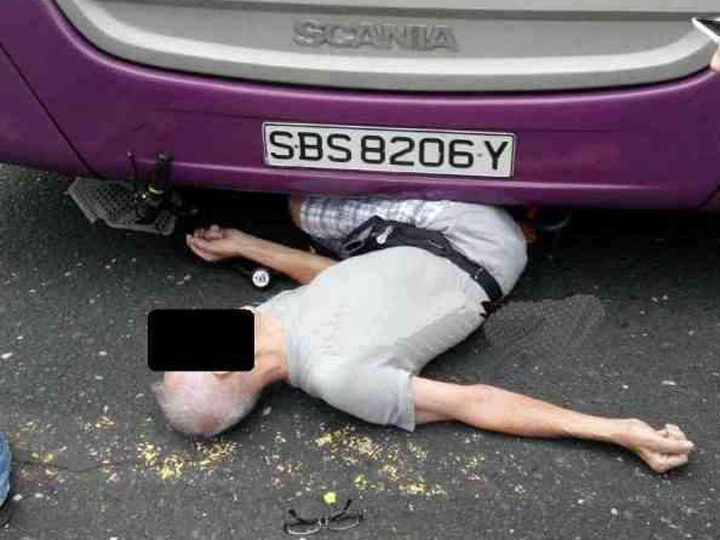 A bus driver has been accused of hitting the accelerator and crashing into an elderly cyclist, despite the old man signalling that he was about to cycle across the path of the bus.

According to eyewitness Kirara86:

“Was inside the bus, bus 196 will usually go into marine terrace and then turn out from tao nan school to marine parade major road again..

this old man was very far away already raise his hand up and signal the bus driver that he is gonna cycle across cuz the road there got no traffic light one.

the bus driver dunno dreaming or what or nv saw BUT the whole bus saw the old man raising his hand and every1 shouted at the driver but he still go and step on accelerate and bang him.

no blood seen. but worst thing is there might be internal injury?

The identity of the driver is still unclear at the moment.