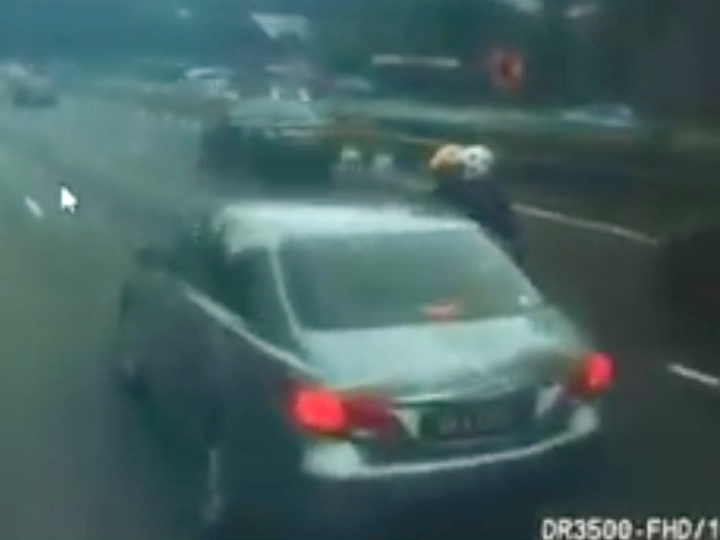 Police have  arrested the driver of the Toyota Camry that was caught on camera crashing his car into a motorcycle on the AYE.

The driver is a 63-year-old man, and has been detained on the charge of committing a rash act causing hurt.

You can see what the bugger did in this video by Zufar Khan Ismail Khan, and how the driver braked and switched lanes continuously in an erratic manner.

Many angry netizens came to assume that he “deliberately” rammed his car into the motorcyclist.

Instead of stopping to help, the driver sped off after the crash.

The incident happened on 15 June this year.

The motorcycle was badly damaged.

What’s scary is that the same Toyota Camry has been caught on video changing lanes recklessly as far back as 2014.