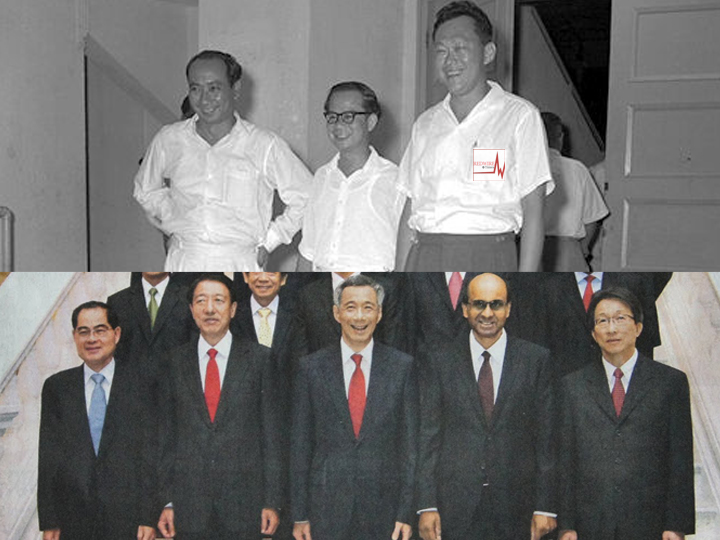 I was reading this article in TRE, ‘Can PAP change without being pushed to the edge?’ written by a Silver Brigade, a self confessed PAP supporter for 60 years. Having lived with disappointments after disappointments, he is still cherishing the hope of a PAP changing from it present belief system to the old PAP that was for the people, a PAP that won the hearts and minds of the Silver Brigade when they were young. What the article did not say is that the PAP has changed, no longer the party they would want to support. But no PAP leaders or believers would think otherwise and believe that they are still for the people and working for the good of the people. They said so. There is no need to pass a verdict on whose thinking is the truth. If anyone still cannot see the truth and unwilling to face the truth, he deserves to live the fate he so believed.

I would not touch on the PAP version of the truth, that they are a party for the people. Assuming they are right, let them believe so. Let those who believe so to keep on believing. Let me pick up from the view of this Silver Brigade veteran called Hawking Eye. Many in the social media shared his view that the PAP is no longer the same PAP they knew. The question therefore is whether this hope of a PAP returning to its old self, of being a party for the people and serving the people, is realistic.

Since 2011, has the PAP changed? During the electioneering, some thought that with Hsien Loong crying and pleading to be given a chance to right the wrongs, there was hope that things would change for the better. What happened? What has changed? I am not going to provide any answers as everyone will have his or her own answer to that. For those who believe in God, they may say God is kind and is giving the PAP a lot of chances to change.

Did the loss of Aljunied GRC make the PAP change? Did the loss of Hougang and the by election change the PAP? Not sure? A forced event in Punggol East to test the PAP, was the most unexpected, but another clear signal to see if the PAP was going to change? It led to a super talent biting the dust by an unknown and ordinary Singaporean. Would this wake the PAP up to change? One more chance, the Presidential Election and the dismal 34% must be a very clear indication that change is a must.

Got change or no change, you tell me lah? What is the AHPETC episode saying about the PAP? Is there any real hope of change or is it wishful thinking? Have the people waited long enough, hoping against all hopes? Should the people still be hoping for the PAP to change or they should give up hope?

For those who have seen positive changes, good. For those who are still not seeing any change and everything is just the same, then what? Where to go from here? Still hoping like Hawking Eye, for another 60 years for change, or hoping for God to give more warning signs that change is needed?

Should the people still be asking can the PAP change at this stage of the game? How many more years would the people want to continue asking this question? I know the Silver Brigade have not much time left and their places would be replaced by new members coming of age to join the Brigade. I know that people who are born daft would be daft forever. Those conditioned to be daft, when shown the way, should wake up and stop being daft. Or would they choose to remain daft as that is an easier and more comfortable way to live. Let things be, let’s live on hope. I think buying lottery tickets is another avenue for the hopefuls.

The asking of the question, can PAP change, is a giveaway answer.