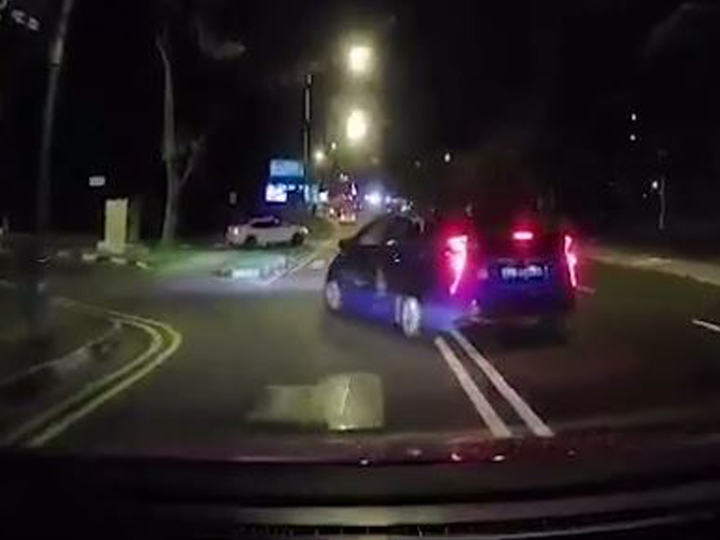 A car carrying a pregnant woman almost met with a nasty accident yesterday due to the reckless and unlawful driving antics of a Comfort taxi driver.

Fortunately, the car driver managed to brake in time.

The incident took place at about 8.30pm yesterday along Adam Road.

The Comfort taxi cut across the double white line, in a last-minute attempt to left-turn out of the main road.

In doing so, the taxi driver almost caused the car driver (who caught him in the act) to crash into him.

For drivers who are still clueless and wonder “simi tai chi”, it’s unlawful to drive across a double white line and Traffic Police will chew on your a** if you do that.

The driver of the car said that at the time his pregnant wife and elderly mother were also in the car.

The driver hopes that by publicly condemning the taxi driver’s behaviour, other drivers will pay more attention on the road and drive with care.