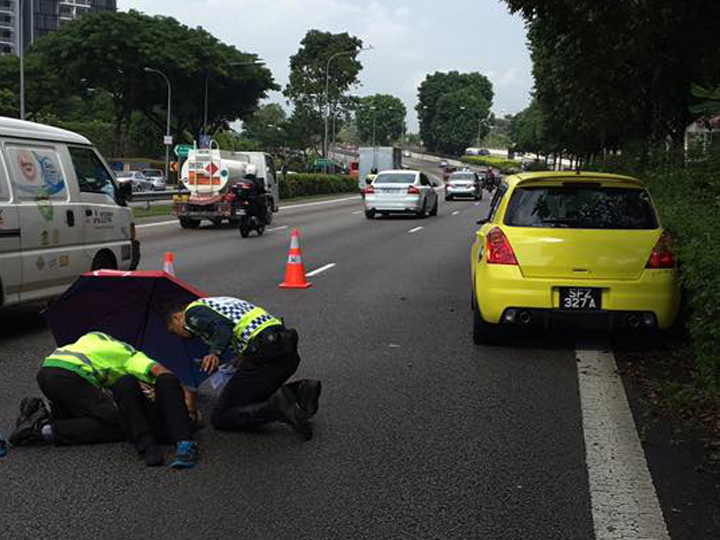 A 54-year-old uncle was hit by a car while attempting to cross the road.

Except, this wasn’t just any road but the damn Pan-Island Expressway!

The uncle had tried to walk across the PIE towards Tuas, before the Thomson exit.

He allegedly walked across 2 lanes before he was hit by a yellow Suzuki Swift driven by a “Glendolph Chua”.

Commenting on the incident, Glendolph said:

“On 16/09/2017, I was driving on PIE towards Tuas in between Toa Payoh exit and Thomson exit to go to school for my mid-term test. I was driving about 80km on the 1st lane when I spotted a man coming towards my lane of the highway. I honked him but he still continued walking and I jammed my brakes and swerve to the right causing him to impact on the left side of my car.” 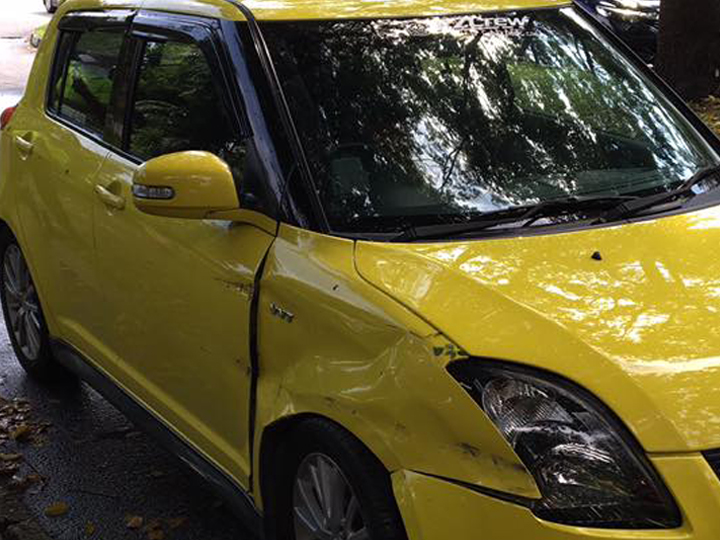 Glendolph later said that the uncle survived and was sent to hospital for treatment.