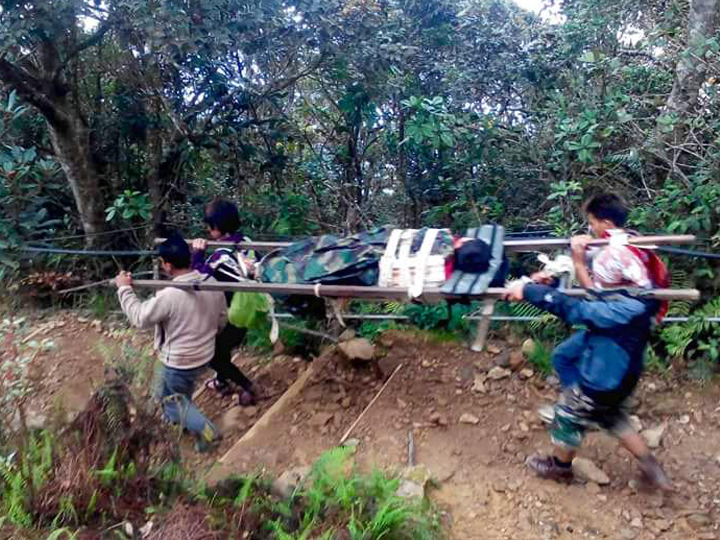 Amongst them, 6 children, 2 teachers, and 1 climbing instructor.

But even as Singapore welcomes home survivors, questions are mounting over the choice of destination for a leadership course comprising 12-year-olds.

Could the Mount Kinabalu tragedy have been expected?

What were children doing on a mountain?

Where were the safety measures to ensure that our children had a fighting chance in the event of any disaster?

This is a tragedy that could have been avoided, and such a wasteful loss of life would not have occurred with some plain and simple due diligence on the part of planners.

Why were Kids Scaling the More Dangerous Path in Mount Kinabalu?

There’s 2 ways to scaling Mount Kinabalu – you can take the walking path, which has shelters along the way.

It’s still a long trek to the top, but the path is carved into the mountain, and it’s simple to climb.

The other way is what’s known as the “via ferrata” way – where climbers scale metal rungs punched into Mount Kinabalu’s cliffs, and cross rope bridges across the vast rock formations below. 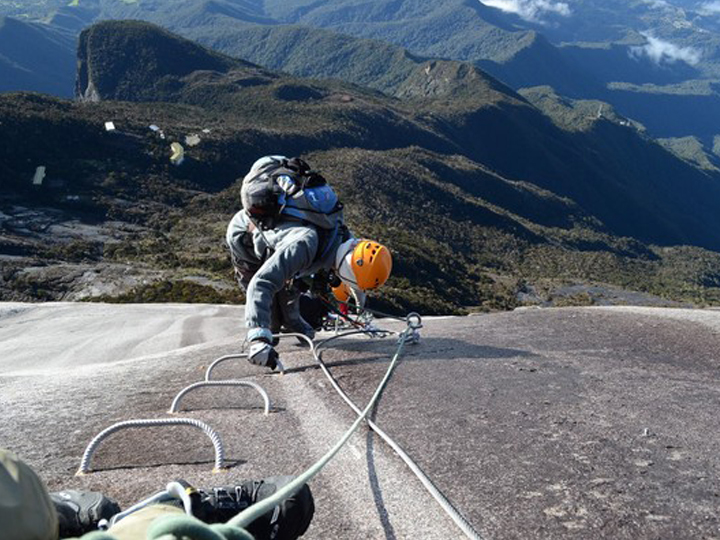 The schoolchildren took the “via ferrata” way, which you see in the pictures here.

When you read reports saying how people watched helplessly as others were crushed to death by rocks, that’s because there is no way to take cover.

You’re stuck on a cliff, your life literally hanging by a rope. 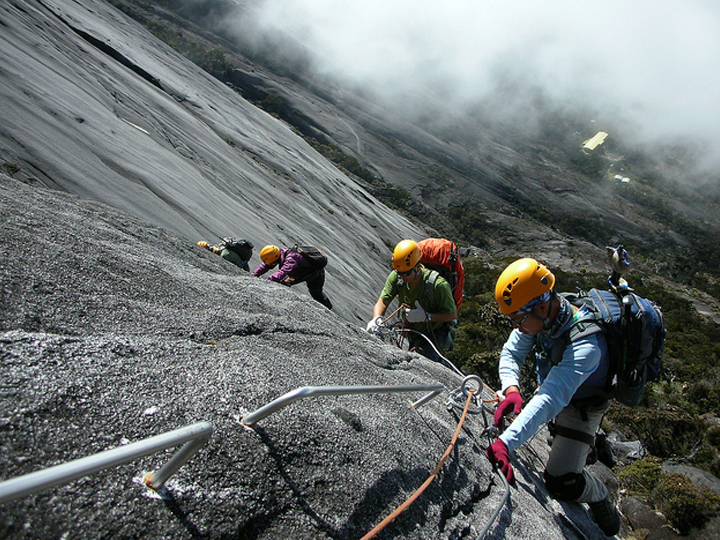 Sure, according to for-profit travel companies which sell tour packages.

They even recommend this “via ferrata” route for 10-year-olds.

Was the Mount Kinabalu Trip Done on a Whim and Fancy?

Earthquakes have erupted at Mount Kinabalu every year for at least the past 10 years.

Why then, was this mountain chosen as the destination for a leadership expedition?

For the experience? Sure.

But surely, 12-year-olds need not take on the tougher climb on a mountain in region very prone to earthquakes (yes, one earthquake every year for at leas the past 10 years, just to hammer the point in). 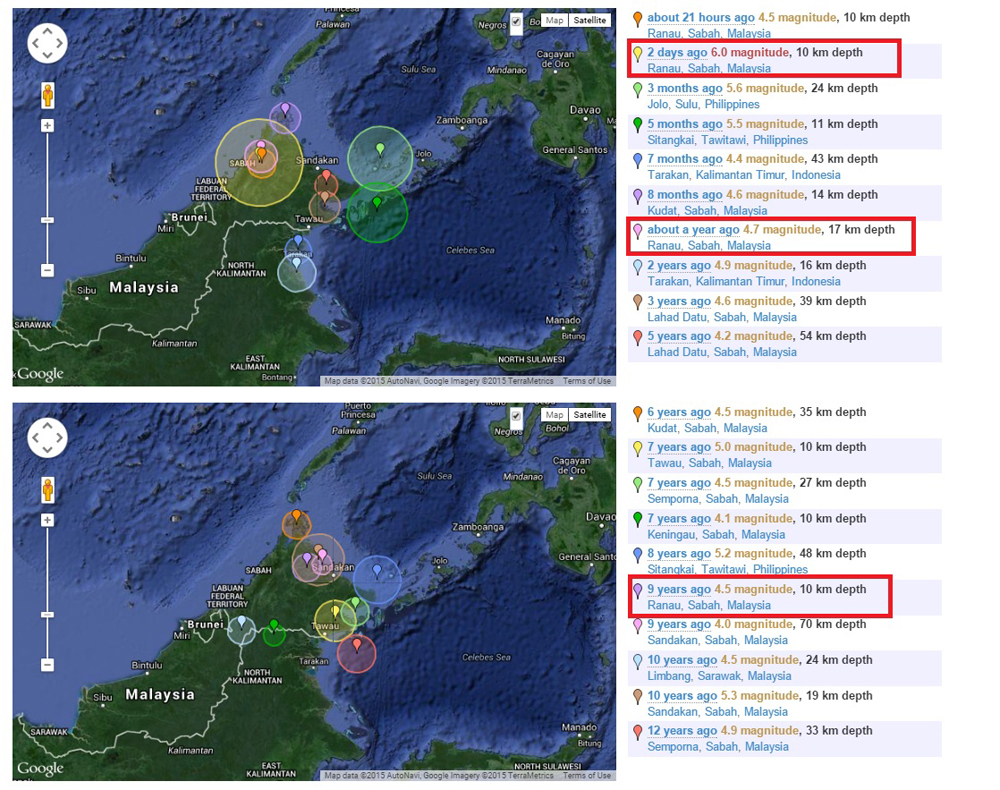 Would parents be willing to send their children for such a trip, knowing with this knowledge?

Checking up on Mount Kinabalu is easy nowadays, with the availability of information on the internet.

There’s an element of risk in every activity.

But were there no checks done to ensure that our children were not exposed to undue risk, in the name of a “leadership expedition” that would look good for some decision-maker’s KPIs?

Inexperienced and Few Teachers Who Need Babying Too?

Sending 29 students to scale a mountain’s cliffs, accompanied by 8 teachers?

That’s about a 1 teacher to 4 students ratio.

And that’s teachers who do not have experience in scaling mountains, whom climbing guides have to take care of as well.

No one is rapping the teachers for their courage.

Rather it’s the foolhardiness of believing that such amateur leadership should be given the green-light.

For those who have kids of their own and who have brought that to a shopping mall, the whole idea already sounds like a recipe for trouble.

What does climbing a mountain do for leadership skills?

It could teach 12-year-olds resilience and adaptability, and give them more self-confidence to face daunting challenges.

Is there no other activity suitable to teach such values than sending children with amateur leaders to an earthquake-prone area where they are made to perform the more dangerous option of scaling a cliff with little safeguards?

The loss of childrens’ life stings.

But what stings more – a wasteful loss of life that could have been avoided with some due diligence in planning.

This Mount Kinabalu  tragedy could have been avoided.

This commentary was written by Elson.
Send us your commentaries at mail@redwiretimes.com

(Ed’s note: An educator has hit back at this contributing writer’s commentary on possible organiser negligence. He says that dedicated teachers devoted their time so their students could have an enriching experience. Some of them even lost their lives. We shouldn’t be too quick to condemn them for an unexpected disaster.

READ: Appreciate Teachers’ Sacrifices, Don’t Simply Condemn Them for The Earthquake Deaths: An Educator Hits Back at Critics.

We have published both commentaries, in the spirit of discussion and to offer readers a range of Singaporean perspectives on Singapore issues, as is our motto.)