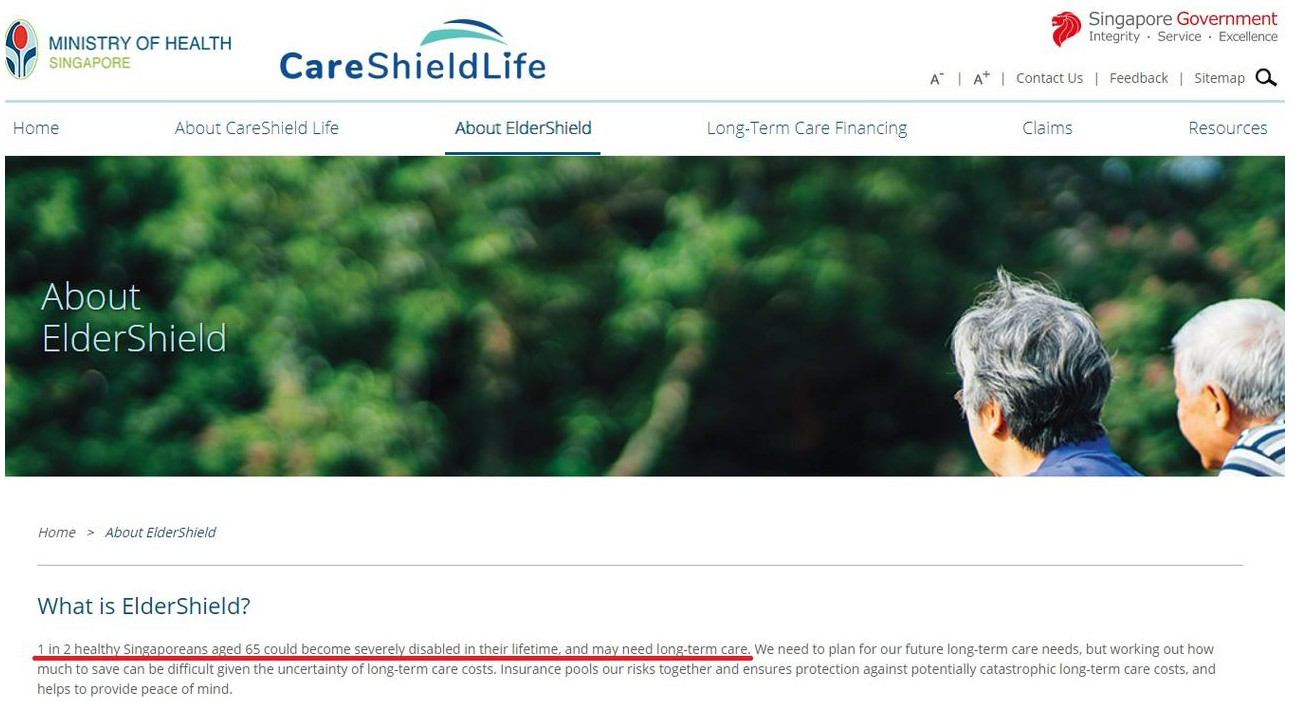 ELSON: This is what was published in the Straits Times in 2016 on the prevalence of persons in Singapore with disabilities:

“The prevalence in the student population (aged seven to 18) is 2.1 per cent, and that in people aged 18 to 49 is 3.4 per cent. The figure rises to 13.3 per cent for people aged 50 and above. These were in the foreword of the report for the latest Enabling Masterplan, a national blueprint for disability services, for next year to 2021.”

Now, in a matter of 2 years, the Ministry of Health says that 50 percent of Singaporeans above the age of 65 could be severely disabled?

That’s a fast change of tune.

How the MOH came up with this figure has never been backed publicly with concrete data.

Singaporeans must be a very special breed of people for us to have a severe disability rate above and beyond most other developed nations.

Bear in mind, it’s not just disability, but SEVERE disability.

In the United States, persons with disabilities made up 12.6 percent of the population in 2015, and growth is about 1 percent per year.

A bit closer to home, Australia reports that persons with disabilities make up 20 percent percent of its population.

But most persons with severe disabilities, according to the Health Ministry’s criteria, will be able to
Claim CareShield Life (or even ElderShield) payouts – for example, regarding personal mobility, only 4.4 percent require the use of a wheelchair. 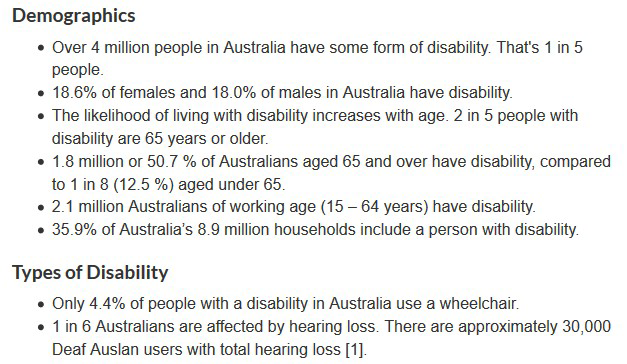 Moving on to a developing nation like Bangladesh, we see that the “severe disability” figure has never crossed the 29 percent threshold per age group. 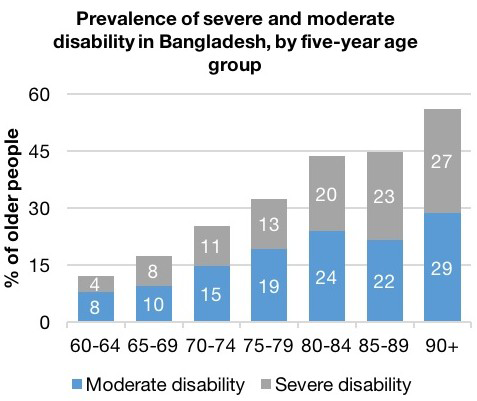 And, Singapore is supposed one of the top nations in the world when it comes to meeting the health needs of its citizens and achieving sustainable progress on health-related goals. 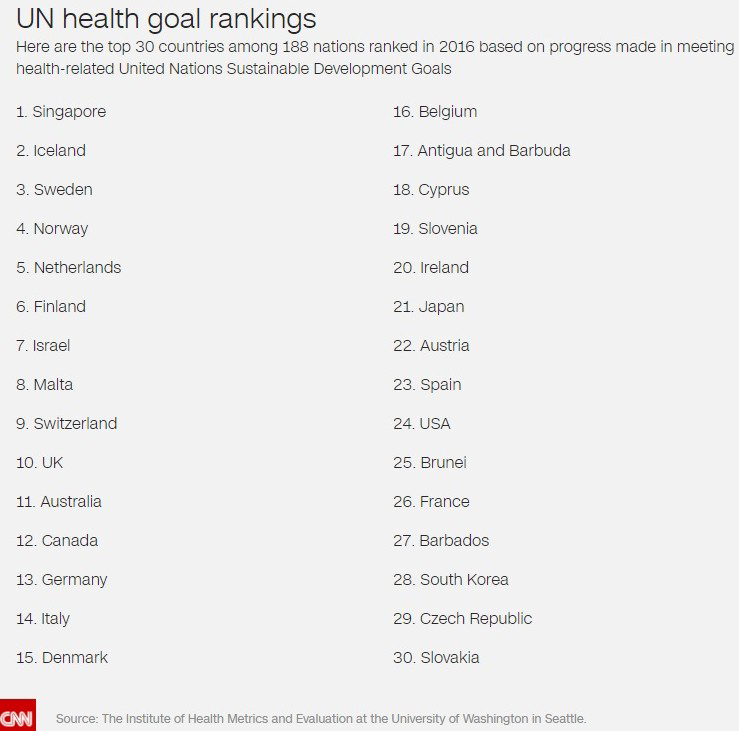 To meet the criteria of being “severely disabled” in order to qualify for CareShield Life (ElderShield) payouts, you must have 3 of these 6 conditions:

So, are Singaporeans an exceptional breed of people that are highly prone to severe disabilities in their later years, above and beyond other nations? 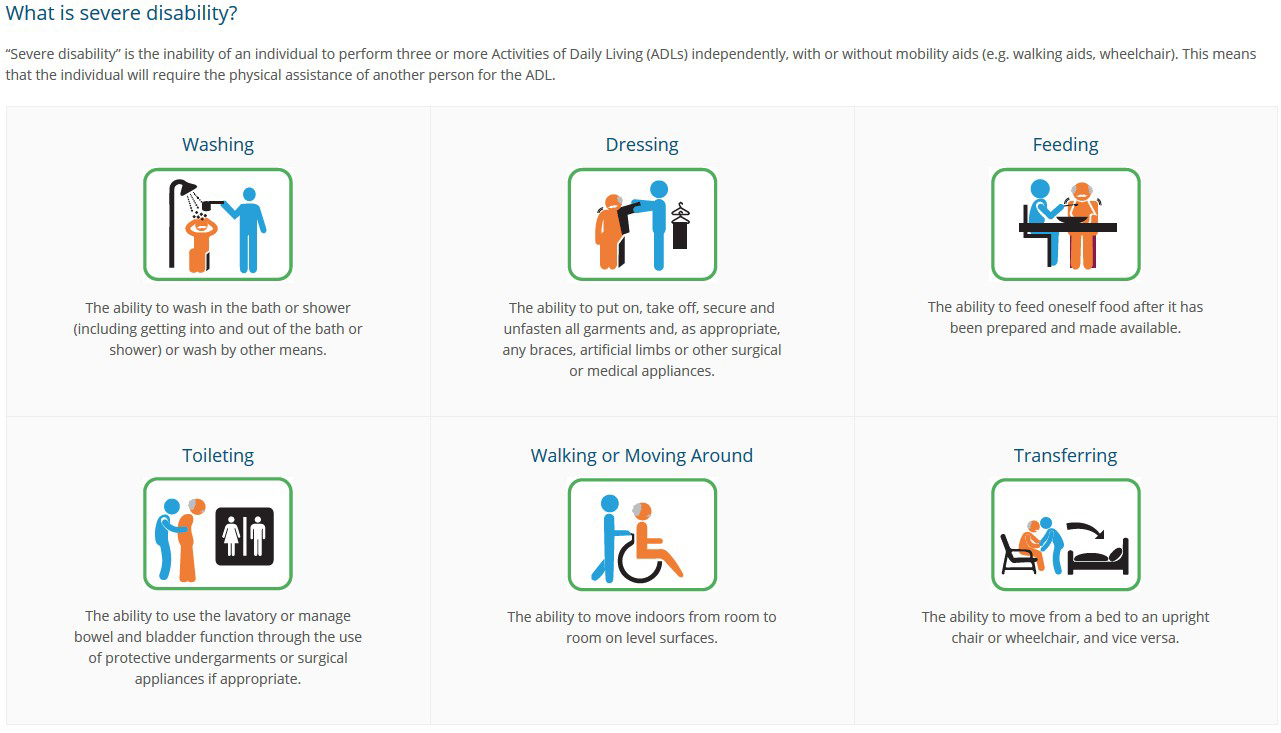 Why has the Health Ministry never released the findings its findings on this, as other developed nations (and even Bangladesh) have done, to justify a compulsory nationwide disability insurance?

Surely, to shove a policy down people’s throats, the least the government can do is justify its reason for the force-feeding?

And surely, with collected premiums standing at over S$3 billion and payouts so far amounting to about S$130, million, the MOH needs to justify CareShield Life compulsory with higher premiums and year-on-year increases in premiums paid?

READ: ElderShield: A Scheme Aimed at Leeching Off Singaporeans that’s Likely to be Made Compulsory?