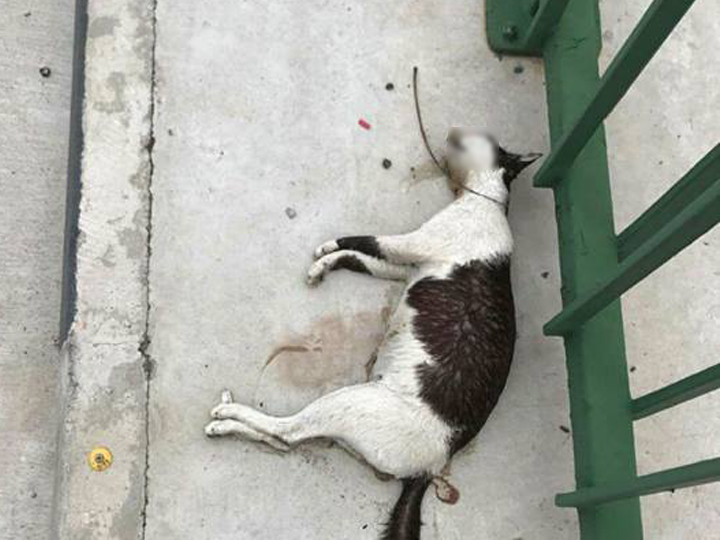 Despite efforts by authorities, Yishun cat killers are still on the loose.

Two new incidents of cat killings have just been revealed.

The first involves a cat which reportedly had its throat slit.

Said Fadillah, who shared this picture:

“My cousin came across a dead cat at Yishun with a slit throat, on a road divider near the Yishun MRT. AVA is on their way now to investigate.”

In the second incident, a white cat was found covered in blood behind Khoo Teck Puat hospital.

A cat feeder in the area said that the cat, nicknamed “Snowy” had been found alive and well yesterday at around midnight.

However at 7am today, the cat was found dead by a jogger.

Prior to this incident, another cat had been in the area with its stomach slit.

Cat killings in Yishun were brought into the spotlight in 2015 with after a spate of slayings.

MP Louis Ng says the situation has since improved.