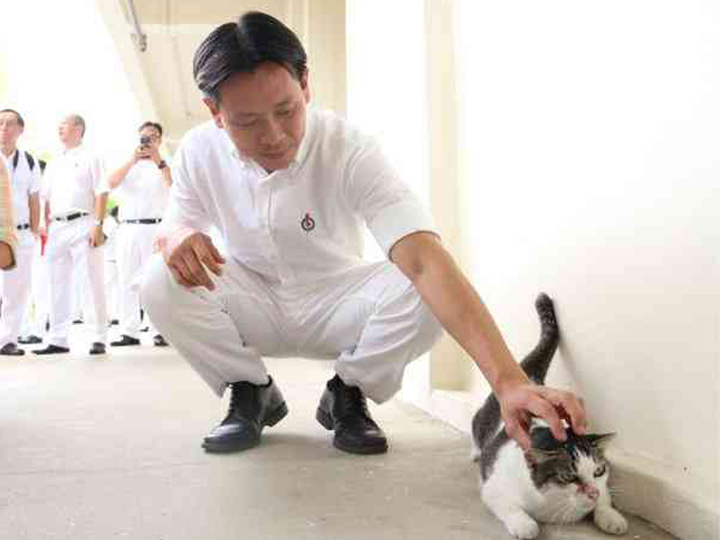 The Cat Welfare Society has bared its claws, in a tirade against the government for expecting the Society to fund the expansion of a programme that will allow HDB residents to keep cats in their homes without any government monetary assistance.

The CWS is angry that while the government has claimed the programme a success, it has refused to offer any monetary assistance even though the move impacts the live of residents in HDB estates.

The issue involves the funding of the Love Cats programme in Chong Pang, in which flat dwellers must register, sterilise and microchip their cats, and restrict them from roaming outdoors.

State media agency The Straits Times reports that currently “there are currently 105 households registered under the scheme, which is managed by CWS, with the support of government agencies”

The paper also reported that “Mr Louis Ng, an MP for Nee Soon GRC and founder of animal welfare group Acres, said the pilot has been successful and could be rolled out to more areas.”

Law Minister and Nee Soon GRC MP K Shanmugam has also been quoted saying that the pilot project could be expanded.

However, the CWS has accused the government of now wanting it to pay for the program to help more cat-loving HDB flat-dwellers own cats.

HDB flat-dwellers are currently not allowed to rear cats in their flats, except for those who are part of the programme. 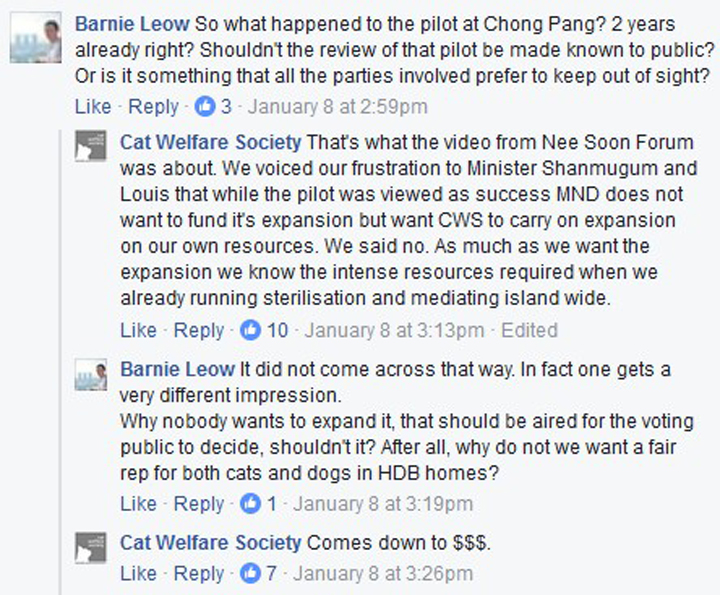 The issue will put Louis Ng to the test.

The new MP was elected in 2015, on the back of much fanfare about his ACREs roots and love for animals.

Explaining his decision back then to join politics as a PAP member, Ng said:

“The public knows me as a very strong advocate for animal welfare. While we may not see eye to eye on all issues, I have explored working with various MPs, political officeholders and government agencies in order to further the cause. I’ve seen that things can change when we work from within.”