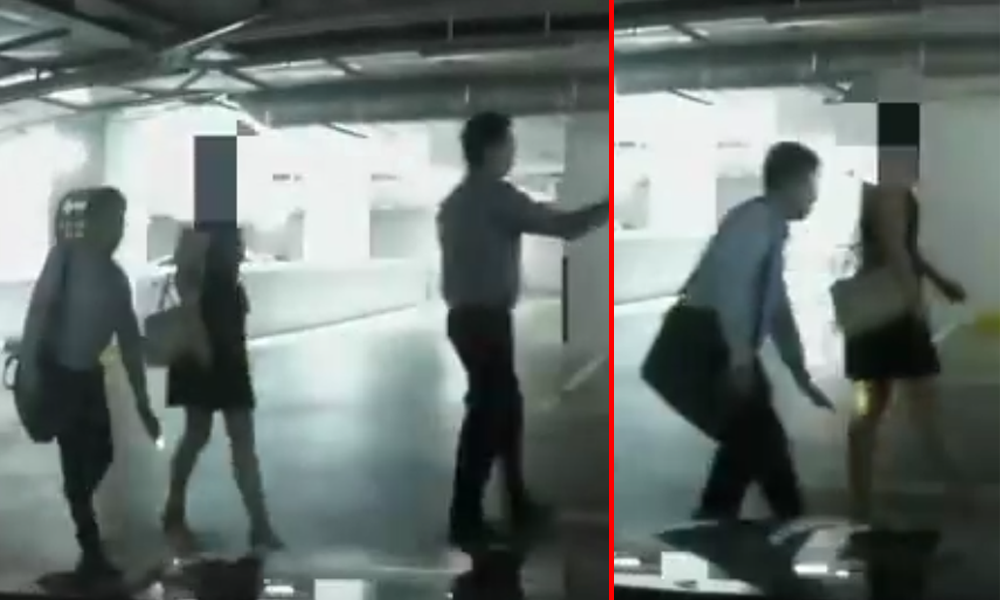 A pervert was caught on camera, apparently while he was trying to take upskirt shots of a female friend.

The incident place yesterday at a multi-storey carpark at 18 Tai Seng Street.

The pervert was walking in the carpark with a man and a woman, who appear to be his acquaintances.

Walking behind the woman, he went into a stooping position, held his handphone under the woman’s dress, and continued walking behind her.

A bright flash is briefly seen coming from the handphone.

The pervert only stopped when his male acquaintance waved them goodbye.

He waved back and left the carpark together with the woman.

What the pervert didn’t know was that his actions were captured on the dashcam of a parked car.

The car owner said that he saw what had happened and suspected the pervert was up to no good.

A review of the video confirmed his suspicions and he has since lodged a police report regarding the incident.