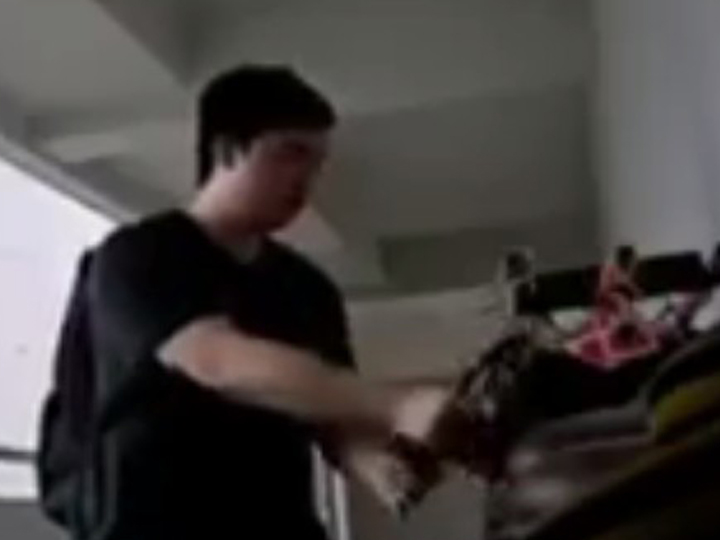 Now this is one pervert who couldn’t decide whether he preferred bras, panties on women’s clothes.

CCTV footage caught the indecisive lingerie thief going through a laundry rack of clothes hung to dry outside a Punggol HDB flat unit, before finally deciding that his loot for the day would be a bra and  what another piece of clothing which looks like a blouse.

According to the time stamp on the footage, the incident took place last Thursday (30 Nov) at about 10.20am.

The pervert can be seen lifting a bra, then putting it back on the rack before going for a pair of panties. 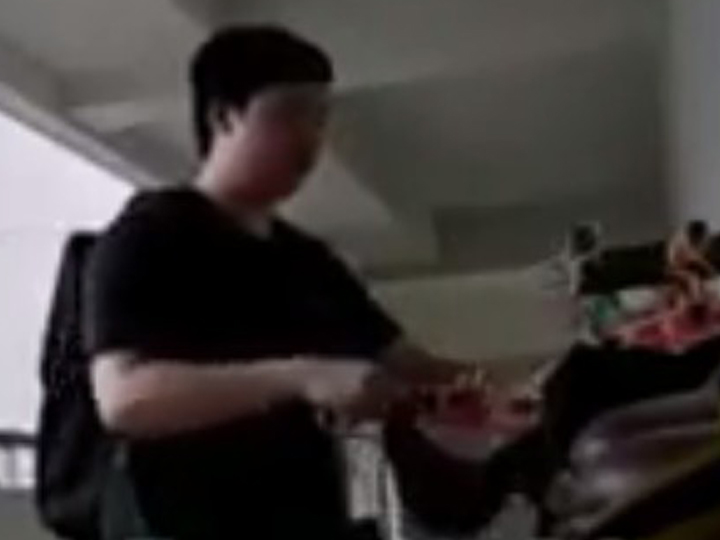 But he didn’t seemed too thrilled by that, so he continued sifting through the rack before taking the first bra that he laid eyes on, and also what looks to be a blouse. 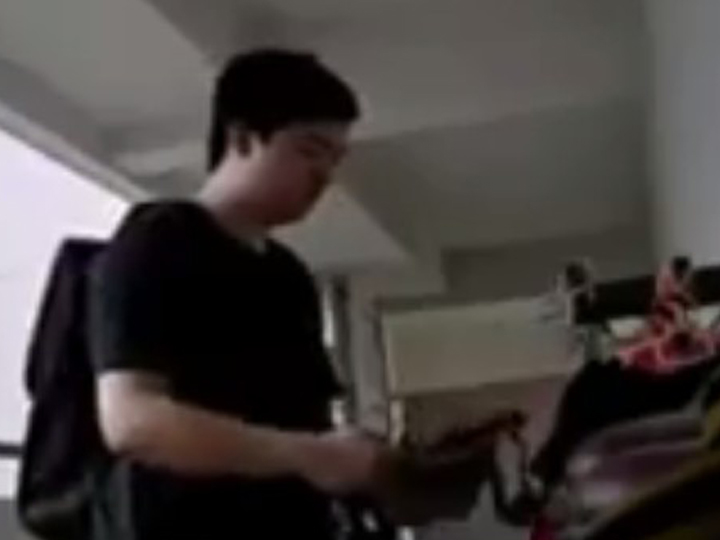 The pervert then walked away, but turned back to go through the laundry rack again, before finally deciding that he had gotten what he wanted.

He then stuffed the loot in his backpack before leaving the scene. 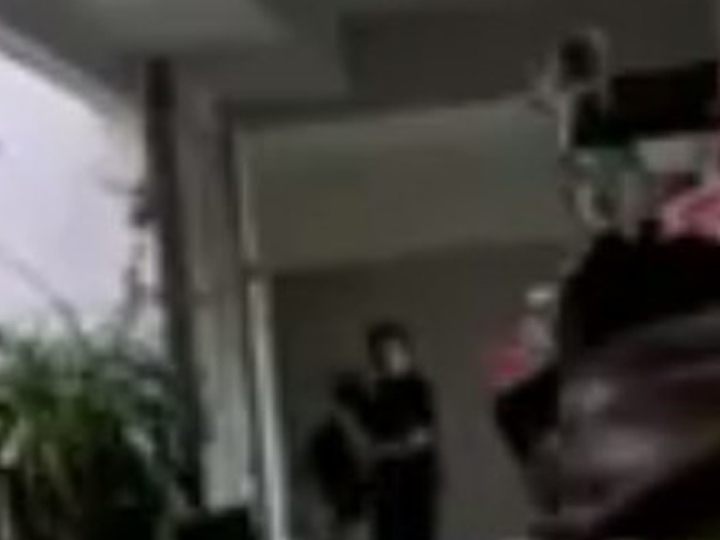 The bra thief, in similar fashion, stole a bra in broad daylight from a laundry rack outside a HDB flat unit.