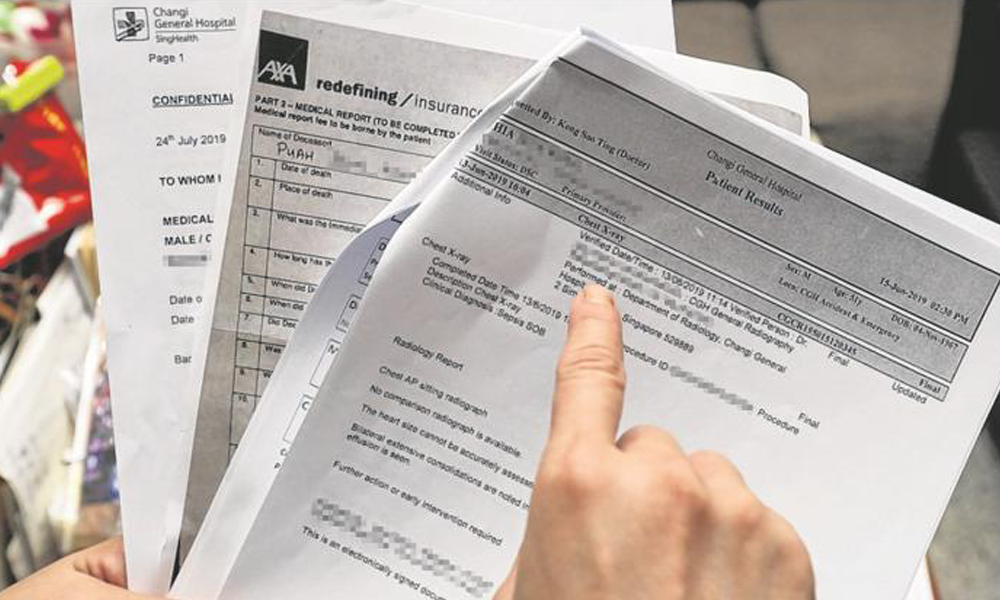 Changi General Hospital, in its latest cock-up, sent the wrong medical report to the wife of a deceased patient and also filled in the wrong details on the patient’s insurance report.

49-year Pan Kun Shun, a chronic diabetes sufferer, passed away at CGH on 15 June this year.

The cause of death was recorded as Ischemic Heart Disease.

A week after his death, a medical report was mailed to his wife, 49-year-old Mdm Pan.

The problem was – the details on the medical report were not those of her husband.

Checking the report, the first thing that struck Mdm Pan’s family was that the name on the report was different, as well as the cause of death, and the date of admittance to CGH.

That led to much unhappiness.

But to rub further salt on the family’s wounds, a separate report meant to be submitted to the insurance company bore wrong details too.

CGH has since apologised for the mistake, and provided Mdm Pan with documents bearing the correct details.