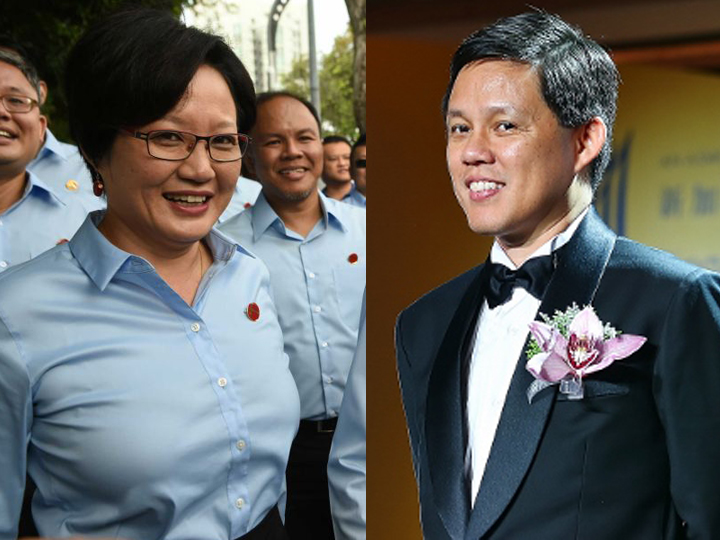 You, yes you, stop laughing lah.

“If Ms Lim has any such evidence of wrongdoing, you can let me know, and I guarantee you I will follow up. I will be the last person to ever allow the PA to be politicised.”

He was responding to Workers’ Party Chairman and Aljunied MP Sylvia Lim.

She also asked in parliament whether the PA had deviated from its original objective of being an organisation that promoted social cohesion, and became tool for the PAP to advance its interests.

“An unhealthy culture seems to have developed within some quarters of the PA, who see its role to include advancing the ruling party politically and undermining the work of Opposition MPs.”

Ms Lim cited an example, saying that when MPs from the Workers’ Party try to advance their residents’ welfare through infrastructural projects, they learn that government bodies, such as the Ministry of National Development (MND) and the Housing and Development Board, recognise only PA organisations — such as Citizens’ Consultative Committees (CCCs) and Residents’ Committees – as the “proper channels”.

She said that on one occasion when she was seeking information from the MND on plans for private-estate upgrading projects in her ward, “The ministry referred me to the CCC. I then wrote several times to the CCC, but it seems that my letters do not even merit a reply.”

In the same vein, Ms Lim also asked whether it’s right and proper that the government gives the PA a significant increase in funding.

“This is a significant 34-per-cent increase from FY2014. How is the high expenditure justified?”

He said that the PA doesn’t check on the political allegiance of the participants of its activities, nor does he or anybody know their voting preferences.

He added that the PA’s mission is to strengthen the social fabric of Singapore, and this is done by:
Strengthening people-to-people connection; working with ministries to provide timely feedback to the Government of the day on the people’s concerns and aspirations so that policies can be better; and working with ministries, and explaining and executing the policy intent of the Government of the day.