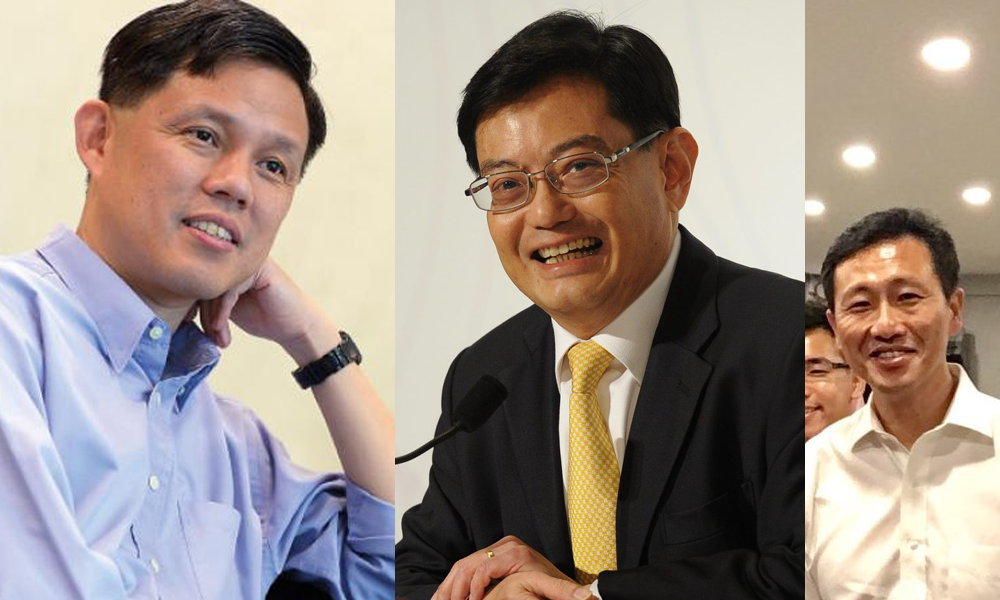 It looks like now we can rule out Ong, and Chan appears to be the flavour of the day for the PM post, but Heng in his usual slow and steady way might just pip Chan to the finish line.

Why? Because of the Cabinet reshuffle that’s just happened, and how Chan has been primed for the top spot. 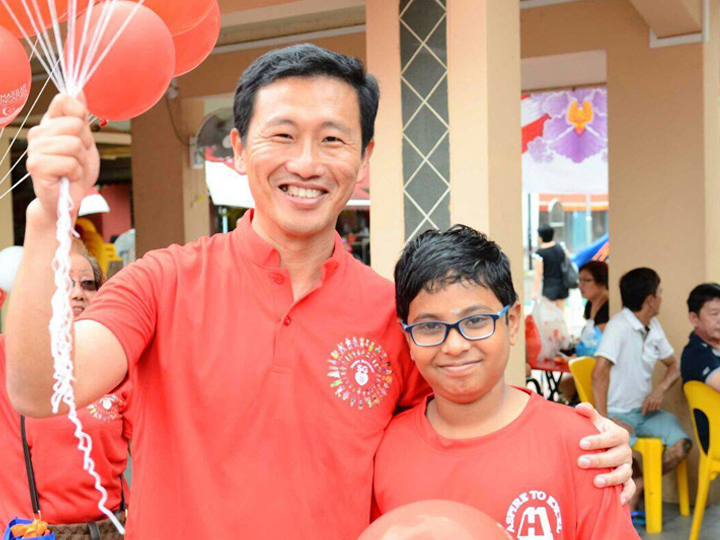 Out of the race. He has just been made Education Minister-without-partner (formerly Ong only helmed half the ministry, with Ng Chee Meng taking the other).

So, Ong will only have led one full Ministry by himself by 2021 (when PM Lee Hsien Loong is about to step down).

Being Second Minister of Defence (a role he will give up once he’s made full Education Minister) counts for squat seeing how his rivals have much more experience under their belts.

So yeah, Ong is out. 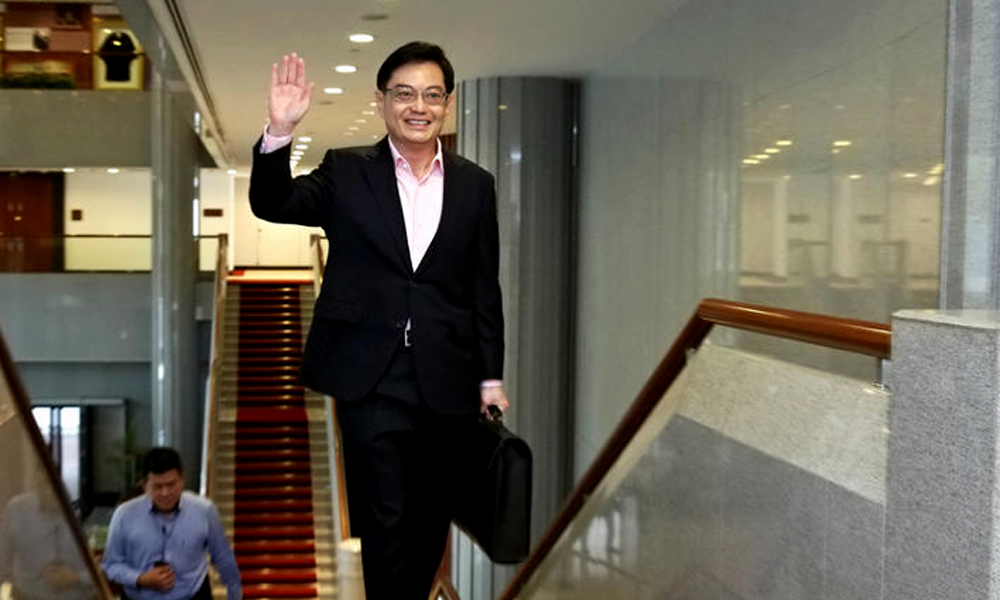 The darling of Singaporeans, next to DPM Tharman Shanmugaratnam, though some Singaporeans have had a bit of a change of heart after recent run-in with the WP’s Sylvia Lim over balloons.

Heng has been seen as Singapore’s solution to the PM problem because he fits the bill personality-wise and substance-wise.

Oh, and because Singaporeans can’t have their first choice of Tharman.

Nevertheless, Heng is a good fit – seen as likeable (or at least not a turn-off) by the general populace, he has built a respectable public image while being known as an intelligent, acute problem-solver. If kopitiam uncles say these things about Heng, you know that’s how far the impressions goes.

Career-wise, a former mata who later headed the Monetary Authority of Singapore (a BIG position), a Minister for Education (the whole MOE, not just half), and a long-standing Finance Minister.

Heng has also been given additional charge over the National Research Foundation – a powerful government board that stewards billions of dollars spent on research to support economic growth.

But, with Heng continuing in his Finance Minister position, it looks like the PAP wheels are in spin to keep his biggest rival Major-General Chan Chun Sing on track for the PM post, and one can only guess (and wonder) why. 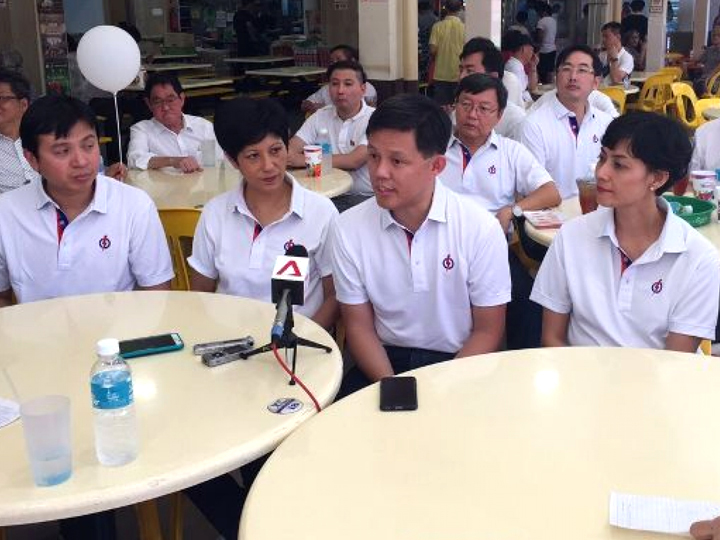 Maj-Gen Chan (known to some as “Kee Chiu”) is as his title suggest an army veteran, leaving his Chief of Army position in 2010 to go into politics.

With his latest appointment as Minister of Trade and Industry, he will now have headed 2 ministries – the other being the Ministry of Social and Family Development back in 2013.

And added to that, chief of Singapore’s labour union NTUC, and Minister in the Prime Minister’s Office (no one knows that exactly a PMO minister does), and the head of the People’s Association (that grassroots organisation that contentiously is said to be a PAP propaganda tool).

So Chan, having spent his whole career in the army, is worth both ministers? Apparently so, despite needing them to back him up.

Which then begs the question – why are the wheels in spin to keep Chan in the loop by enhancing his portfolio to include 2 ministries?

After all, he lacks the public image of Heng, and the portfolio to match until his latest “upgrade” to the MTI (and his portfolio stills pales in comparison to Heng’s stellar portfolio).

Has succession already been planned? 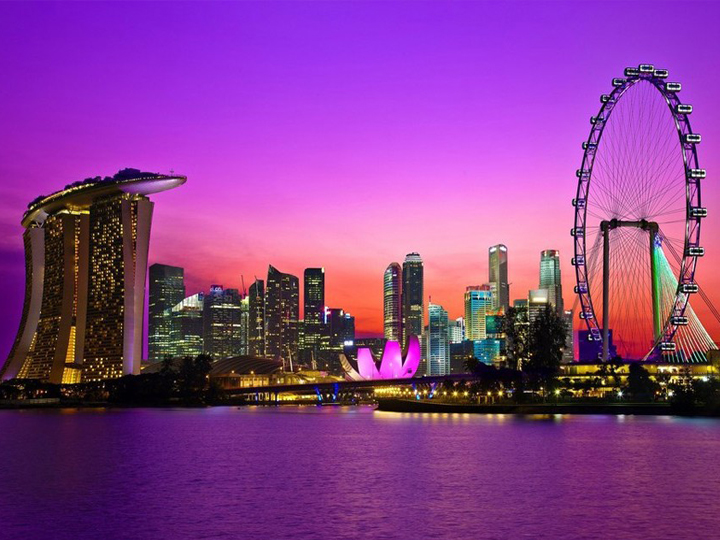 Ong is lacking, while Heng has a health scare looming over his head, and it looks like Chan is being primed to be the next Prime Minister of Singapore.

At the same time, a question for the future – Chan is not known to have any children, so could be a “Woody” (aka Goh Chok Tong) and serve as a placeholder for Ong or perhaps even Ah Loong’s son, Li Hongyi?