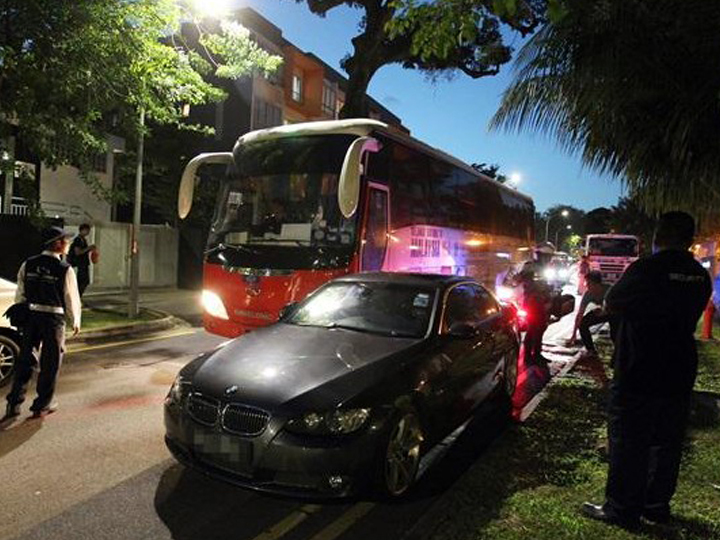 Our first nomination in 2016 for the Ch**bye Driver of the Year award. This time it goes to the drivers who parked illegally on both sides of a one-way road and held up traffic for 2 hours.

Wilkie Road in the Selegie area is a roundabout, and a one-way road. Traffic there can only enter and exit by Sophia Rd. The traffic-stopping incident happened on Wednesday (2 Mar) at about 6pm.

For an hour, 20 cars were stuck as a car couldn’t pass through the narrow passage between the ch**bye cars. Angry residents and parents who were anxious to pick up their children from St Margaret’s Primary School subsequently managed to guide the driver to navigate and make it past the ch**bye cars.

A short while later, a tour bus got stuck at the same area. The bus couldn’t make it through it was too big.The owner of one of the ch**bye cars finally arrived at about 7.30pm. He said he had gone to buy something from a nearby store, and had only parked there for about an hour. 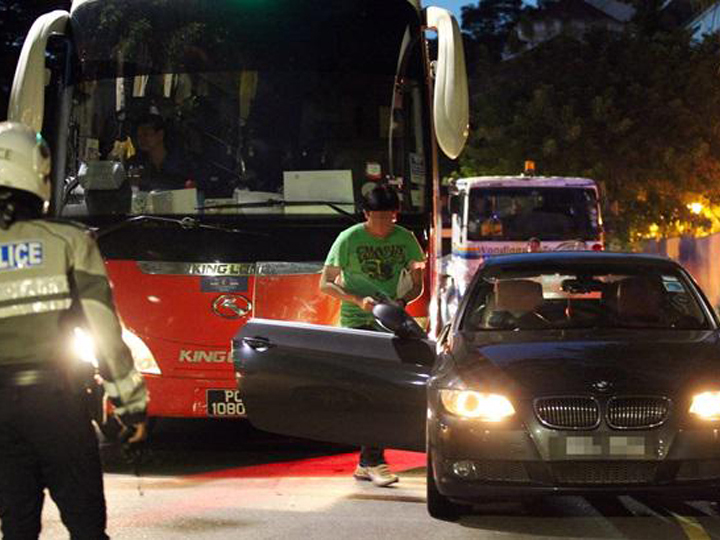 But traffic was still stuck because of this ch**bye BMW. Motorists considered breaking the car window and pushing it away.  Some even thought of getting everyone to help lift the car and move it onto the pavement. The driver of the ch**bye BMW arrived before any of those plans could hatch.

Wilkie Road residents say illegal parking in the area is a common and longstanding problem. They have called for authorities to step up enforcement action.