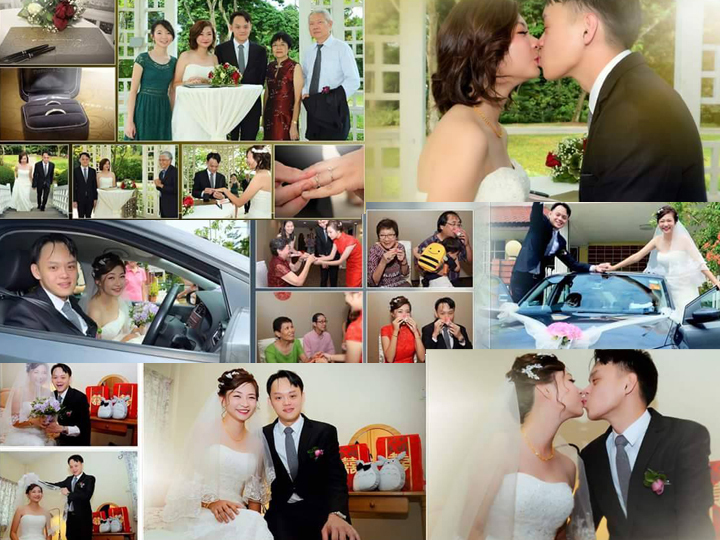 JEREMY: I’m disgusted with the bride and groom mentioned in“Newly-Weds Cry ‘Wedding Photographer from Hell’ but Photog Says ‘I Edited 900 Plus Photos…'”. Out of 900 photographs which the photographer sent them, they pick and chose 20 to shame him. Those pictures were really terrible, and have made a mockery of the photographer. Then after doing that, they now want free stuff from the bridal studio.

Look at these photos. Are they as bad as the whole photoshoot was made out to be by the “bride that cried wolf”? Seriously folks, they’re at least of an acceptable standard, which comes when you pay only what? S$3000 for for a whole bridal package including photographer on the actual day, gowns, photo albums and makeup? Bride that cried wolf, what did you expect if you choose to be cheap over your big day? People pay upwards of S$5000 for a package like this, ok.

Already, the photographer, who was only paid S$350 for the whole shoot was doing his best. I’m thinking he’s an amateur, because no pro photographer will edit 900 photos and turn all of them over except the usable ones. He still doesn’t deserve to be bullied like that until he cannot face people.

We cannot allow such a cheap couple to exploit the sympathy of netizens just to extort free stuff of which they are undeserving. After seeing the full picture, such shame tactics only go to show how shameful cheap couple can be.

Thanks Jeremy for this letter.
Send us your letters at mail@redwiretimes.com
Find us on Facebook! https://www.facebook.com/redwire.singapore