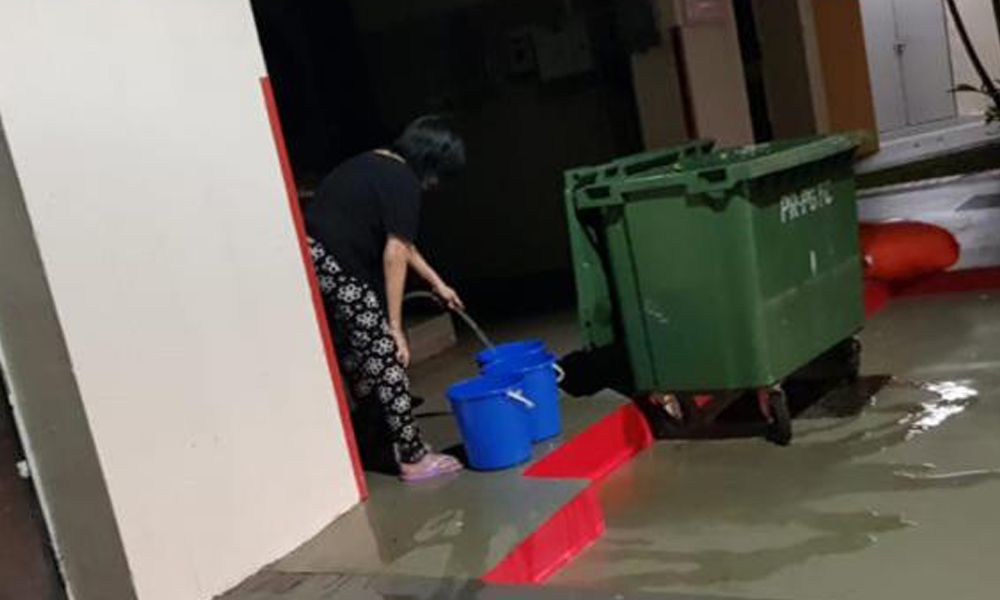 Armed with 3 blue pails and a plastic container that could hold 5 litres of water, this cheapo aunty was a woman on a mission – to steal water.

She was spotted on Friday (24 May) at about midnight, suspiciously looking over her shoulder time and again before heading into the central rubbish chute near Block 261B Sengkang East Way.

A resident spotted her going in, turning on the tap in the rubbish chute and filling her army of pails with water.

The resident thought, 27-year-old Mr Wong, didn’t think too much about it and went home.

Then, as most kaypohs do, he thought something was fishy and went downstairs to take a second look.

“When I went back to the rubbish chute, the woman was gone, but there was a pail and big bottle filled with water still there. I waited for 20 minutes, thinking she would come back for the pail but she didn’t.”

Pasir Ris-Punggol Town Council says it has identified the woman and given her a warning.

It turns out, the rubbish chute had not been locked after cleaners went home for the day, and the tap there doesn’t have a lock on it as it is used for cleaning the area.

The town council says it has reminded the cleaners to lock the rubbish chute when it is not in use.