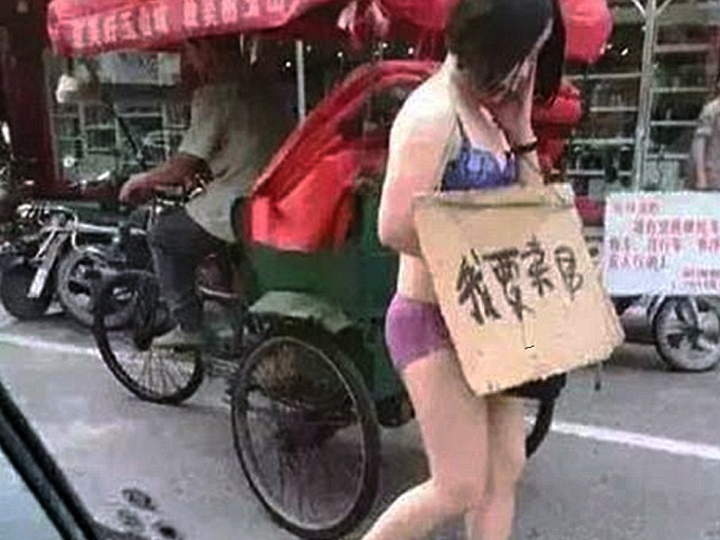 That’s what’s written on that sign hung around the neck of this supposedly unfaithful wife.

33-year-old Wang Ni walked through the streets in her bra and panties, head bowed, close to tears.

Her husband, Zhang, followed her walk of shame in a big, black 4-wheel drive, taking pleasure in her humiliation. 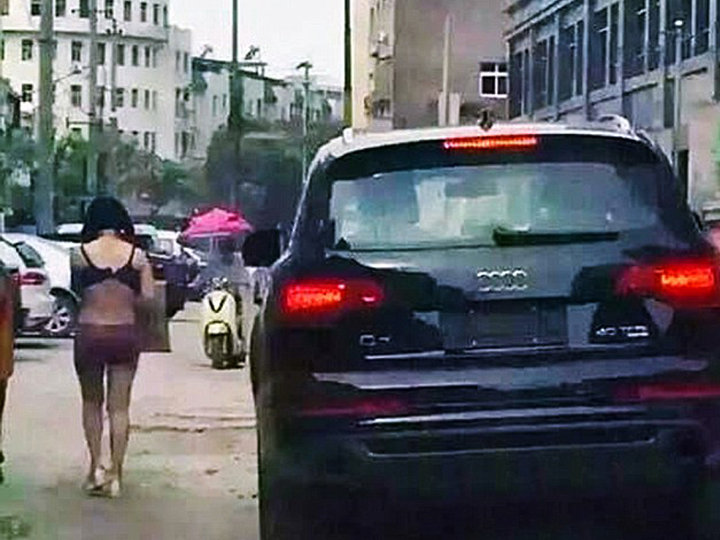 The 37-year-old had accused her of having an extra-marital affair, and reportedly beat her and forced her to strip and walk semi-naked through the streets of Jiangxi, China with the placard.

But friend of the woman claim her husband blamed his wife for not bearing him a son.

An apology note was later published in a local newspaper, hand-written by the husband in an  attempt to mend their relationship. 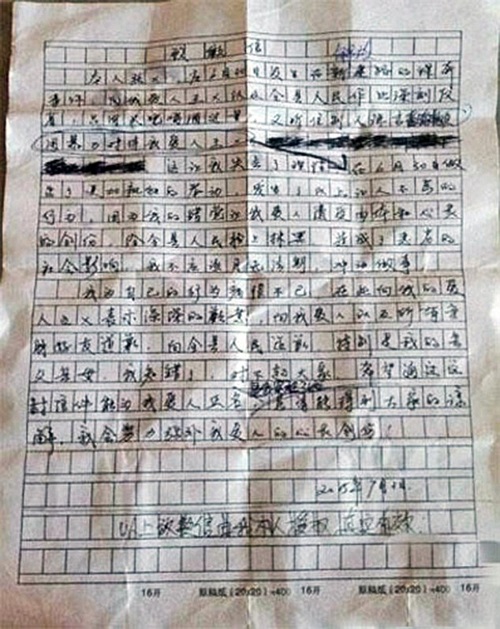