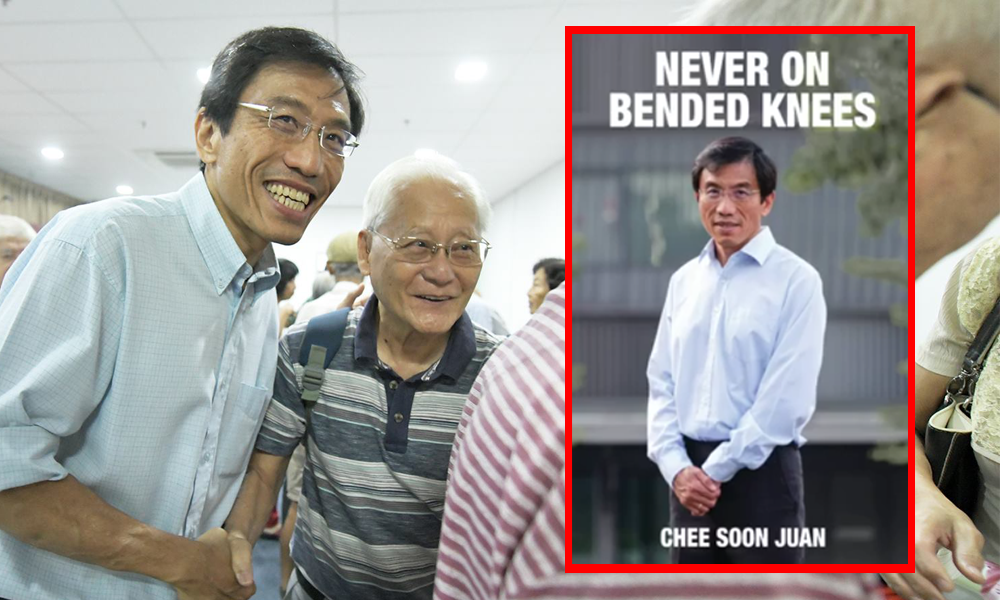 The book, which will be launched at the event hall of the Lifelong Learning Institute at Paya Lebar Central at 2pm on 26 Jan.

In a video promoting his book, Dr Chee said that writing books is the best way for him to remain in Singapore to “continue to fight for a free, open and just society”.

He also slammed PAP MP and Minister for Culture, Community and Youth Grace Fu, who mocked him for “not holding a full-time job”.

“I’d like to tell her that running a party, doing research to draw up alternative policies, meeting with people, and writing books is more than a full-time job. In fact, I dare say that I work no less hard than the ministers and without big budgets and assistants. It’s an honest way to make a living. I don’t insist on million-dollar salaries from taxpayers.”

Speaking at a rally in support of PAP candidate Murali Pillai during the 2016 Bukit Batok by-election, Fu said:

“He (Dr Chee) wants to be a full-time MP. As far as I know he’s not held a full-time job for a long time…The work experience is essential.”

Interestingly enough, a by-election was called in Bukit Batok because disgraced former PAP MP David Ong, who did hold a full-time job in addition to his MP duties, had time for an affair with a grassroots member of his constituency.

Never On Bended Knees follows other popular titles authored by Dr Chee such as Dare to Change, A Nation Cheated and Democratically Speaking.