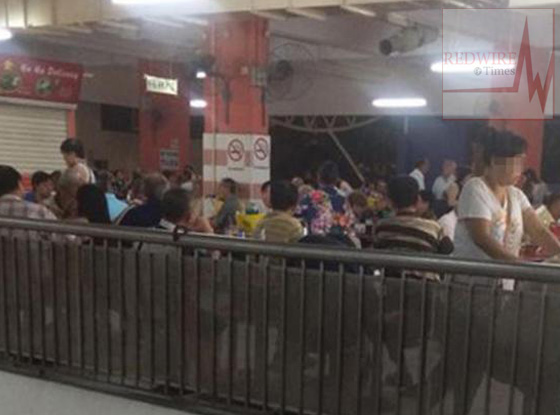 Some stallholders at the Chinatown Complex food centre are furious at a group of Vietnamese women whom they say spend “days and nights” drinking with food centre patrons. They say that their earnings have dropped by as much as 50% since the sudden appearance of these women some weeks ago.

The Vietnamese women apparently frequent the food centre every evening. They encourage male patrons to drink more beer. Some also offer on-the-spot massage services. They have attracted a large crowd of beer-drinkers, that there isn’t much seating-space left for other food centre patrons who want to order food from other stalls.

Some stallholders are hoping that authorities put a stop to this. They say they are finding difficulty earning enough to pay the rent and fear they might have to wind up their business if nothing is done.

It’s not known as yet whether these women are employed by a particular stall in the food centre.