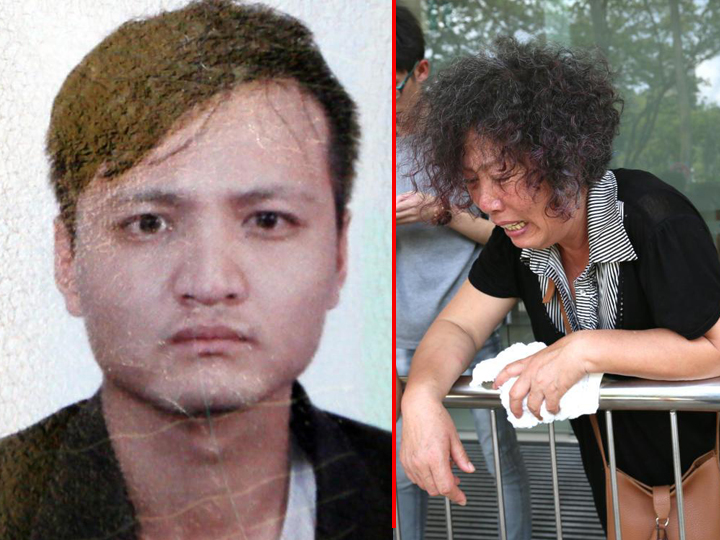 A China national working in Singapore as a cook jumped to his death on Monday (16 Oct) from the 10th storey apartment unit which he had been staying in.

Before the fatal leap, 25-year-old Su Zhong Qing spoke to his mother and told her that he had been cheated in the process of finding work in Singapore.

She recounted her last video-call with him at about 3am, just moments before Su decided to end his life.

“He said he got cheated by the middleman (who helped him find work in Singapore) and that he wasn’t happy at work. I told him to resign and come home, but he told me he wanted to earn back the money he borrowed to pay for the middleman fees first.”

Su had come to Singapore in July this year and started work as a cook at a restaurant in Marina Square.

But earlier this month, he was sacked after failing a cooking exam.

He was in debt due to fees associated with finding a job in Singapore, and was unable to cope with the stress of having to repay those fees after losing his job.

Still, his mother didn’t expect that he would commit suicide.

“The recruitment firm didn’t tell us where he had been staying, and didn’t buy insurance for him. The restaurant staff said they gave S$1000 in pek kim (condolence money) for my son to the recruitment firm but we didn’t receive it.”

She said that the funeral parlour kind enough to give a large discount on the expenses.

But Su’s “middleman” says that he used the S$1000 received to pay for the funeral costs.

He explained that he didn’t bother contacting family because he thought they had already made their own plans.

“I thought the family already made their own arrangements, and we had paid for their 2-day hotel expenses. They checked with the police when they arrived so we didn’t explain the circumstances further to them.”

He said that he met with Su on 14 Oct, 2 days before the fatal leap, and said that he would find another job for him.

He didn’t expect that Su would suddenly say the next day that he wanted to go home, and that he would decide to commit suicide.

Arrangements have been made for Su’s ashes to be sent back to his hometown in China.