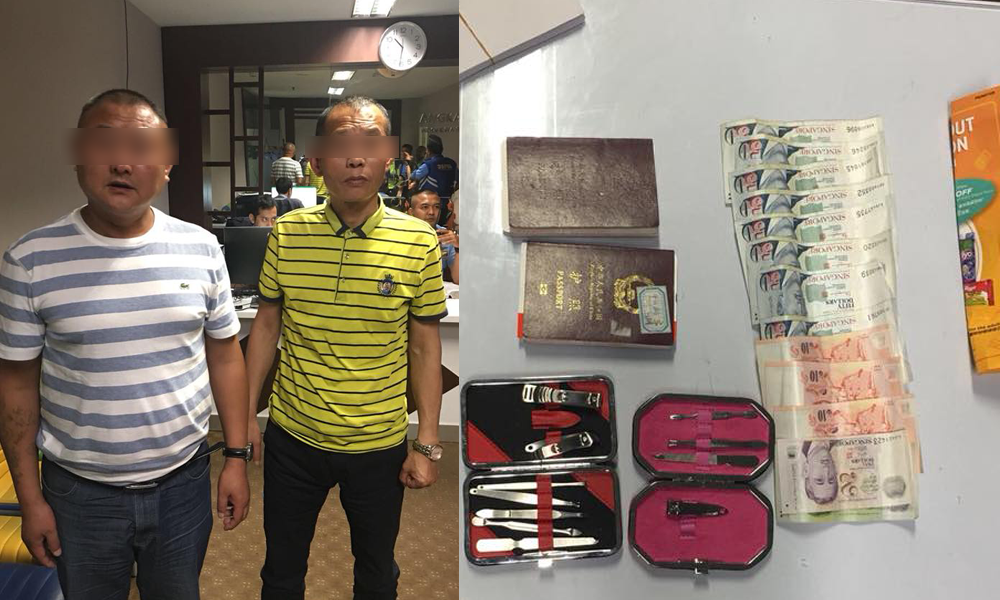 Two Chinese nationals were caught on a JetStar Asia flight for allegedly stealing from several passengers on board the plane.

The flight, 3K205, was headed to Singapore from Jakarta.

Said Benedict Sulaiman, one of the theft victims:

“During the flight I suspected 2 passenger whose seated on 17D and 11C, while I was seated on 16D. They acted quite odd and strange like they were coordinating. The 17D guy then stand and open the overhead compartment ahead of me where I stored my backpack and apparently my backpack was next to his luggage. He said to me in Mandarin that he was grabbing a pen. But I have a very strange feeling about it. I then took my bag to my seat and check it. My mobile phone is there, my wallet is there, but when I opened my wallet, it seems my SGD have gone, and I remembered exactly where I put it. Rupiah was still there. Only SGD he took.”

Benedict said he alerted a flight attendant about what had happened, and discovered that the Chinese crooks had been trying to loot other bags too.

“Minutes later he came back and apparently someone also suspected the guy on 11C. He has been opening several bags which made this other passenger curious. Based on the testimony, he avoided taking tablet, mobile anything that can be proven or easily tracked if they got caught. That’s why they were thinking only to take the cash.” 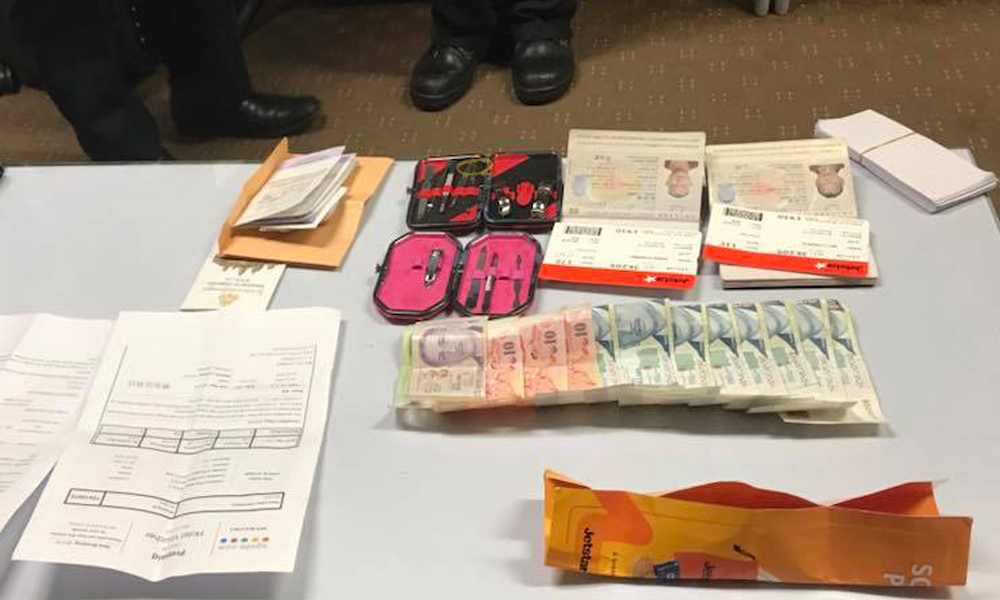 Benjamin said that upon landing, the flight captain stopped passengers from disembarking while security officers searched the Chinese crooks.

“Avsec then searched them and found several currencies like Dirham, Reyal, RMB, and even Brazillian currency. Also they found clippers and pedicure devices on both suspects (don’t know how it could get past Changi’s security), but we have not find the money.

Finally the crew and Avsec decided to disembark the passengers and we look more thorough including the lavatory bins. Surprisingly Avsec then found the money, being folded using emergency instruction card underneath the 11C seat. It was clear they worked together and 17D passed it to 11C to avoid detection. But when they were being searched they did not have the time for discard the money…. They also have tickets to Sri Lanka, Hong Kong, Cambodia, which was odd. Avsec said that this has happened quite many times, but usually on long haul flights, not on short ones.” 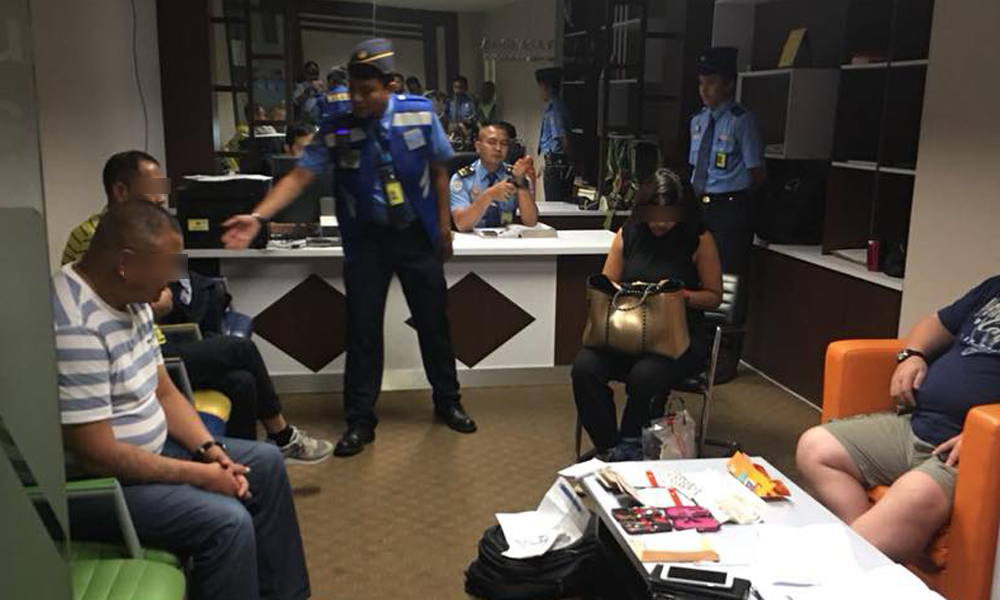 The Chinese crooks were subsequently turned over to local immigration officers.

Benedict has shared this story to warn flight passengers not to be complacent with their belongings on flights.