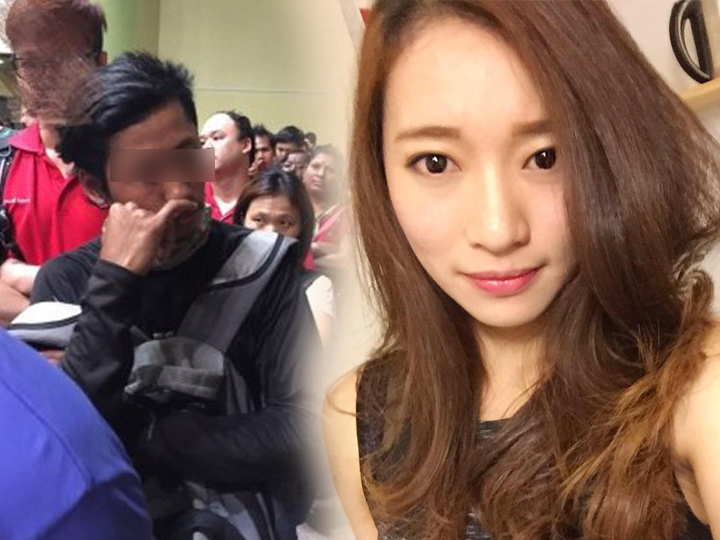 A customary trip home to Malaysia for one chio bu turned into a pervert-nabbing affair.

Just last Friday evening, Winnie was queuing up at the Singapore checkpoint at the Causeway, when a Malaysian man groped her inappropriately.

The more she thought about it, the more enraged she felt – how can one Malaysian prey on another Malaysian like that ?

The “tigress” decided to take action.

“Most people would just brush it off and say nevermind lah, but too bad for the pervert he met me. I wanted to let him know what it means to hurt.”

“I asked him whether he touched me. He said no, then immediately ran away. In his frenzy, he even knocked into me and my other friends who were there. I couldn’t grab him in time, but at least I slapped him very hard on the back. This fella isn’t just a pervert, he’s also damn stupid!”

That’s when she says she knew for sure he was a pervert – why run away if you didn’t do anything wrong?

She says that throughout the whole incident, the crowd around simple watched and nobody bothered to help her.

“My friend asked me why I hit the man, and that’s when I screamed that he molested me. That’s when another man who was queuing up said that he had saw what happened.”

That’s when Winnie noticed that the pervert had ran off and join another queue.

Winnie went over and questioned him again, but he didn’t respond to her.

She then asked the officer at the checkpoint and reported the molest.

Together with the good bystander, a Mr Lee, they told the story to the officer.

Mr Lee didn’t just up and leave at that point – he also stayed till about midnight to record his eyewitness statement.

Winnie says she’s thankful that people like Mr Lee, who would go out of their way to help a stranger, exist.

She had advised other women not to be intimidated by perverts, and stand up for themselves if they’ve been attacked.