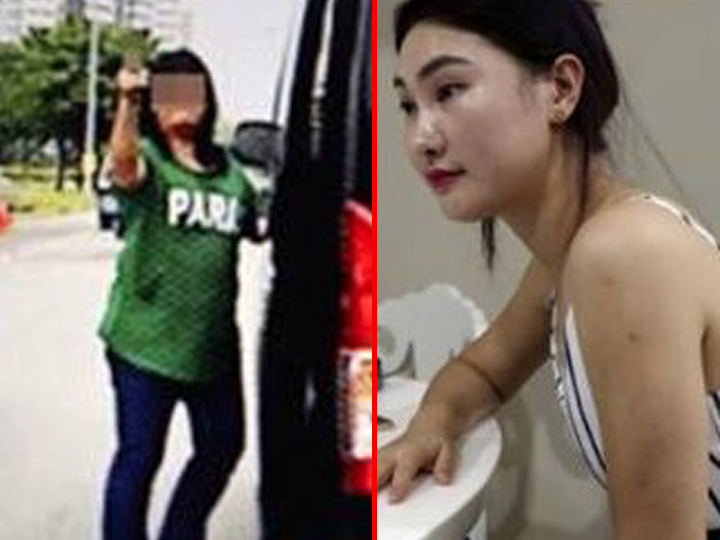 Chio-ness here has nothing to do with this incident, except to contrast with the ugly road behaviour shown by a minibus driver and female attendant in Sengkang on Wednesday (25 Oct).

31-year-old financial consultant Ms Guo was driving along Sengkang East Way when she stopped her car ahead of ongoing road works.

She the space was too narrow to drive forward, and there was a worker blocking the way, so she alighted and asked the worker to move aside to somewhere safer.

Ms Guo claims the black minibus behind her was buay song with what she did, which the driver made apparent by sounding his horn several times.

After Ms Guo got back in her car and drove ahead, the minibus bus cut in front of her.

The driver then hit the brakes 3 times, jam-braking on the 3rd time.

“There were no cars in front but the driver kept braking. I think he wasn’t happy that I stopped the car and blocked him earlier.” 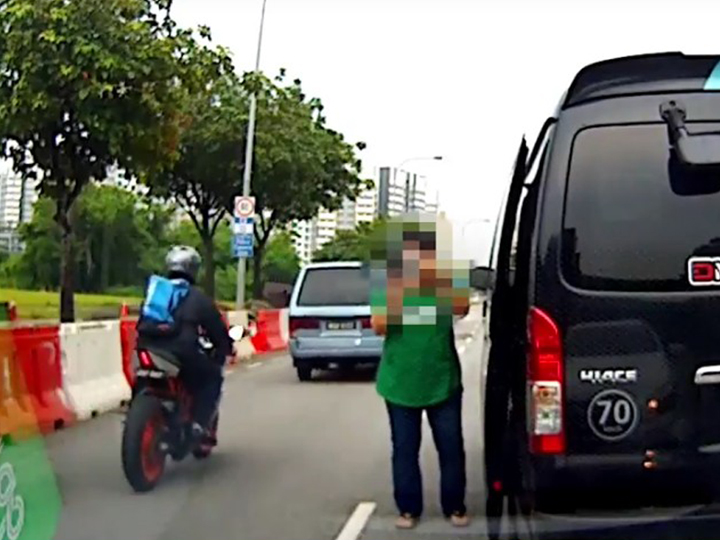 Ms Guo said a female bus attendant alighted from the minibus driver then and started verbally abusing her.

Furious, Ms Guo said that she would call the police.

That’s when the bus attendant got back on the bus – but not before giving Ms Guo the middle finger.

The minibus driver then drove off.

The whole incident was captured on the dashcam installed in Ms Guo’s car.

Ms Guo says she has lodged a police report and investigations are taking place.