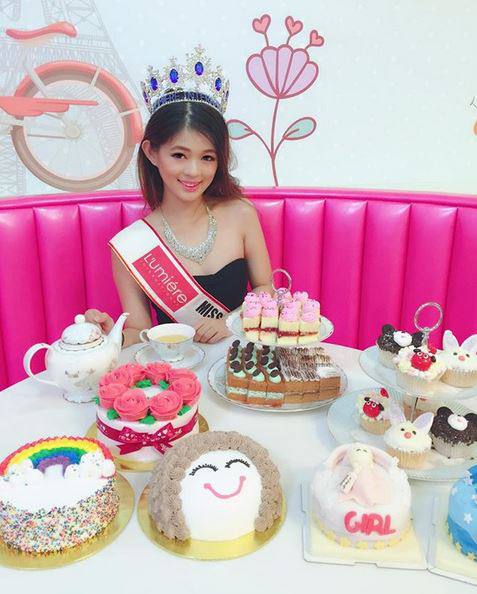 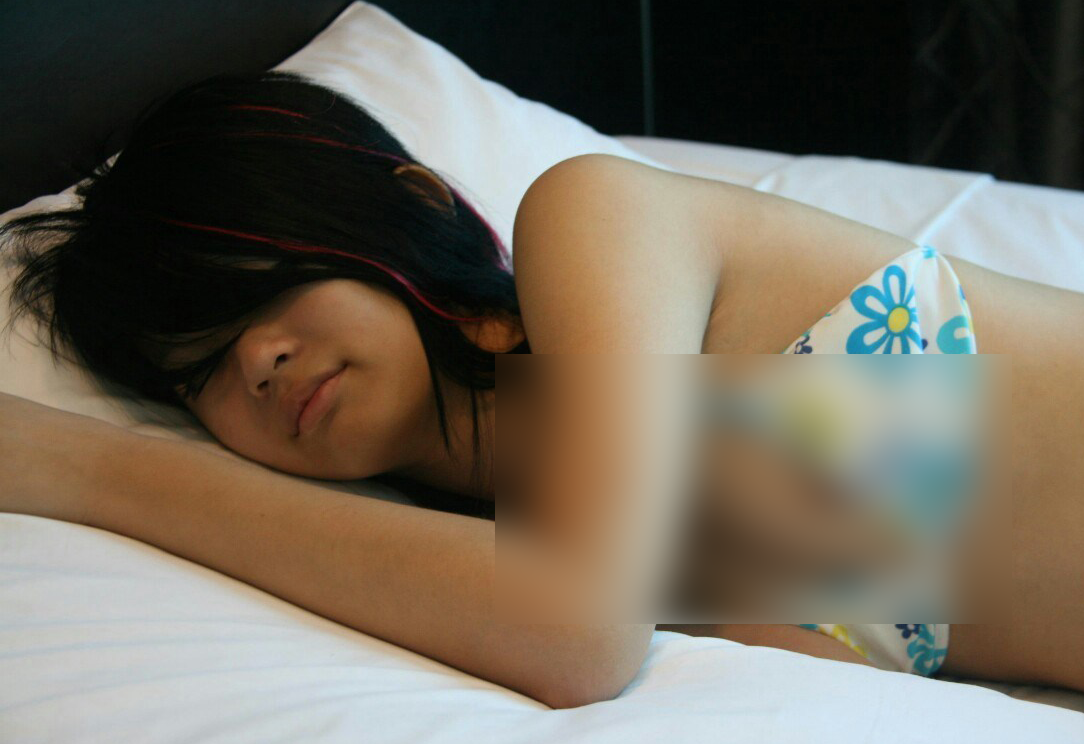 Said the Lumiere management in a press release yesterday (13 Feb):

“It has come to our attention that Melissa Wix have several obscene and naked photos on the Internet. Our company absolutely do not tolerate such information with regards to her representation as our beauty queen hence we decided to remove her title.” 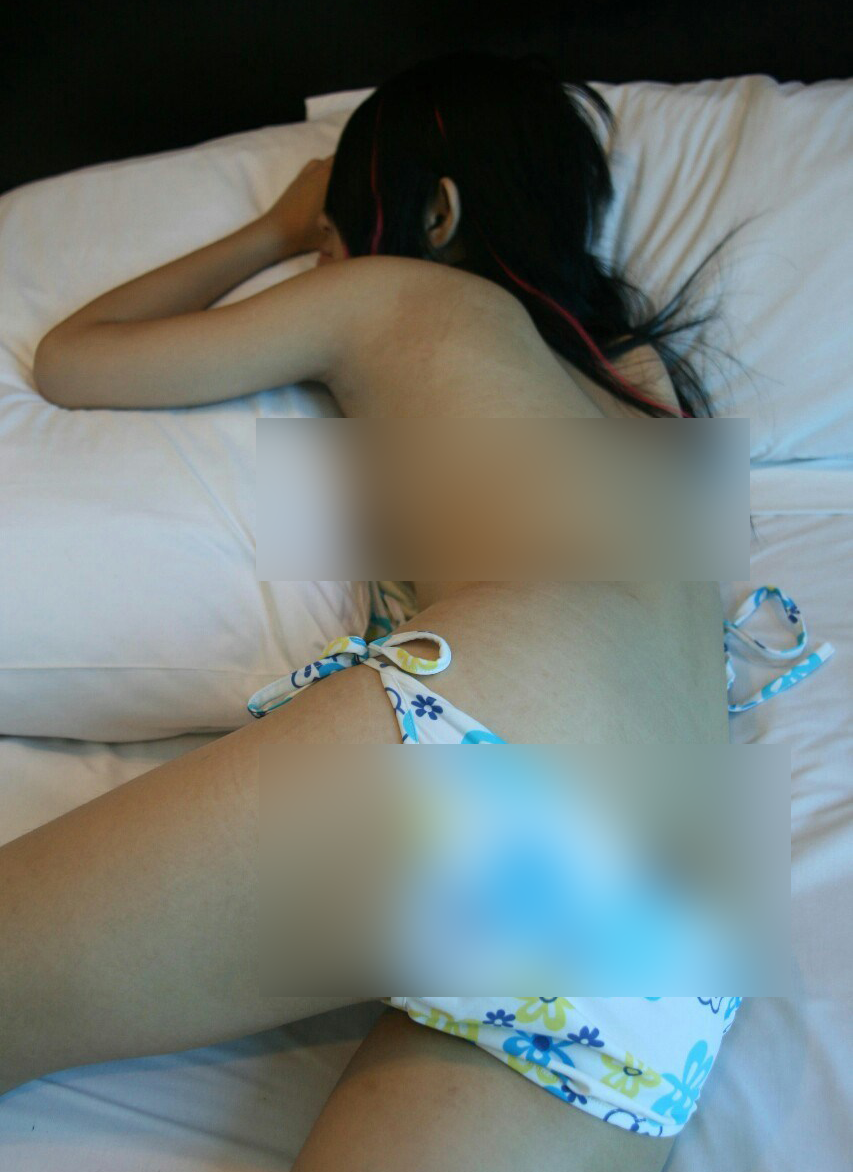 Close to 40 photos of Wix posing in a bikini, and lying on a bed in various states of undress were posted online in August 2017. 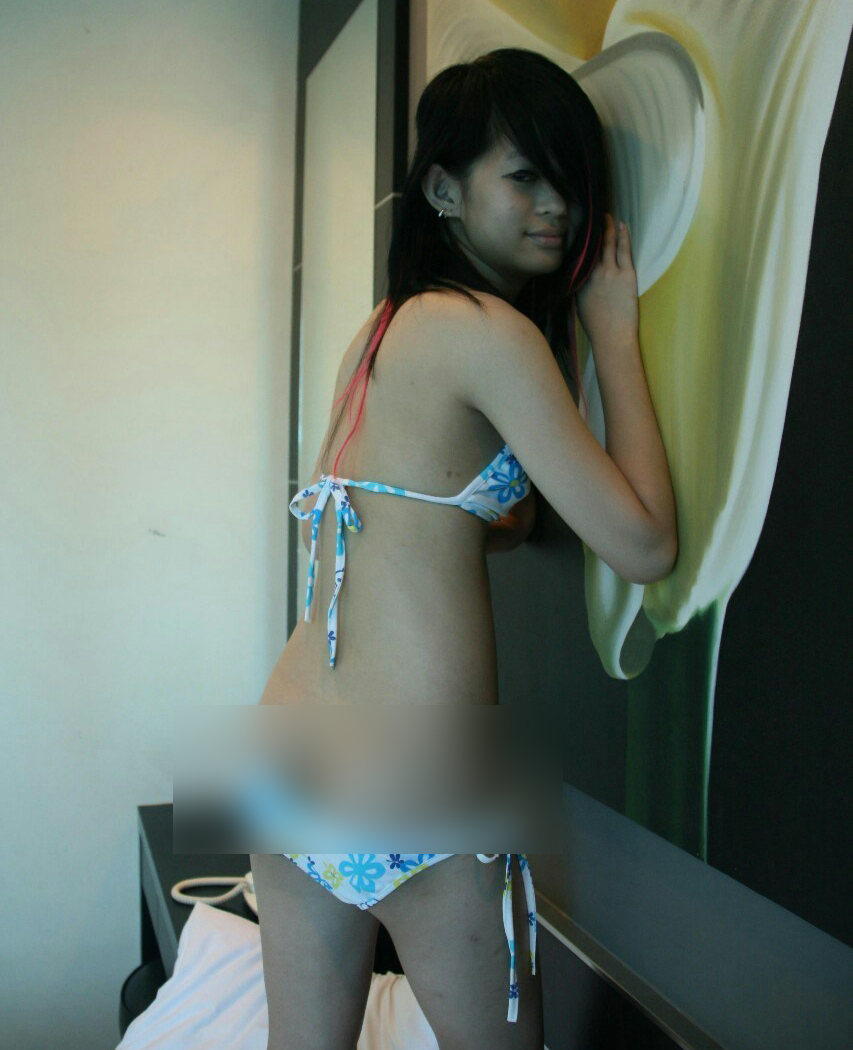 Wix appears to be aware that those photos of her were being shot.

It’s uncertain when the photos were taken, who they were taken by, who shared them online. 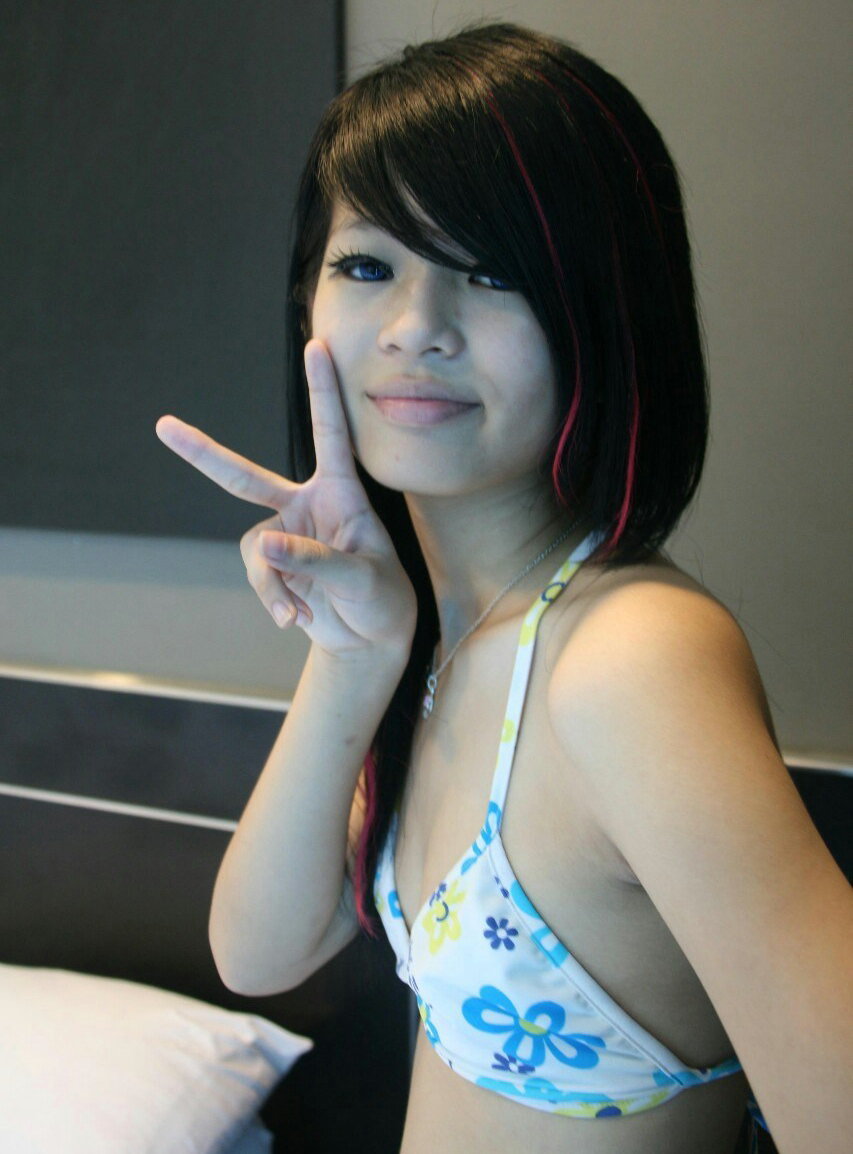 Leaked nude photos aside, a public spat between Wix and Lumiere over money also prompted the stripping of her titles.

Said Wix in response to her dethronement:

“This company is a scam company. I joined the pageant Miss Bikini in February 2016 and won first place. My cash prize was $3,000. Until this day, I have only received $500. Just recently i made a post about them about them selling titles and still owing me my cash prize. I have evidence and so they tried to sue me which failed so they are sour and resorted to this. But the thing is my contract with them ended in April 2016 last year and I have fulfilled whatever duties they ask of me. But still they try and give bullshit excuses to dethrone me.”

Lumiere has denied the allegations of unpaid wages, saying:

“Melissa Wix had stated that we have not paid her the cash prizes for her winning titles. This allegation is false. Her prizes as stated clearly on the image she posted was $3000. These prizes are given by the sponsors and of which, $1,000 is her cash prizes and $2,000 comes from a modelling contract. Stated very clearly, 50% is given to her immediately during her winning and the remainder 50% would only be issued after she crowns the next winner. Miss Bikinis Asia happens once every 2 years hence she is supposed to be crowning the next winner this year, 2018. However, due to her joining of another pageantry without our notice, she is unable to return to our company to crown the next winner. Therefore, her 50% has been forfeited.

The modelling contract is based on assignments and is capped at $2,000. However, We were not able to continue giving Melissa Wix Modelling assignments as she has not even till this date completed one of her assignments of which she has been required to do a social media. She has received the payment of the job but have not produced the work. Hence, our company had reserve our rights to stop all assignments before she produces the assignment she had been tasked and paid for.” 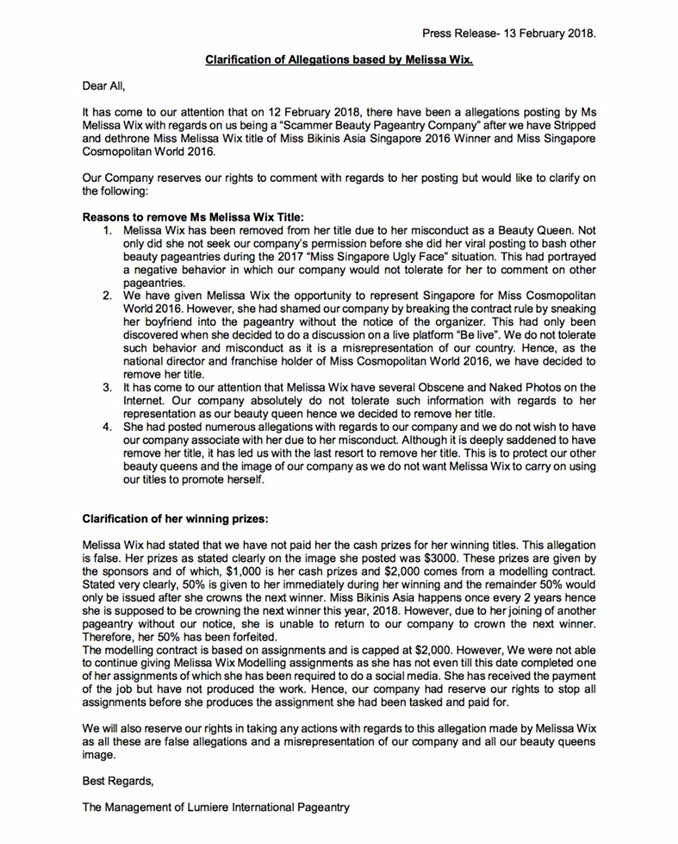 It added that Wix’s “misconduct” was also a factor in the stripping of her titles:

“Not only did she not seek our company’s permission before she did her viral posting to bash other beauty pageantries during the 2017 “Miss Singapore Ugly Face” situation. This had portrayed a negative behavior in which our company would not tolerate for her to comment on other pageantries.”

Wix, who currently runs her own apparel business “The Gown Club”, has accused Lumiere of conducting “scam” beauty pageants and says she will be making a police report and commencing legal action against the company.