Leaders of some Christian groups in Singapore are now urging their followers to wear white this weekend to protest against the “Pink Dot” gay rights rally.

These include Lawrence Khong, head of the Faith Community Baptist Church, and the LoveSingapore network of churches.

Khong has encouraged members of his church to wear white at this weekend’s services.

Khong said that the WearWhite movement was meant to defend the official position of the government.

He said in a Facebook post, “We cannot and will not endorse homosexuality. We will continue to resist any public promotion of homosexuality as an alternative lifestyle.” 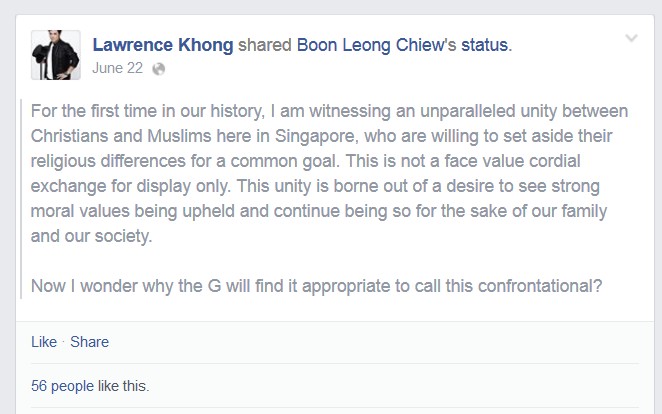 He urged Muslims not to take part in the Pink Dot event and to wear white garments to prayers on that night as they usher in the holy month of Ramadan.

This will be the sixth time the event is held in Singapore.

Last year’s Pink Dot rally was held just months after the High Court rejected a petition to repeal a law which criminalizes sex between men.

That rally attracted a record 21,000 people.