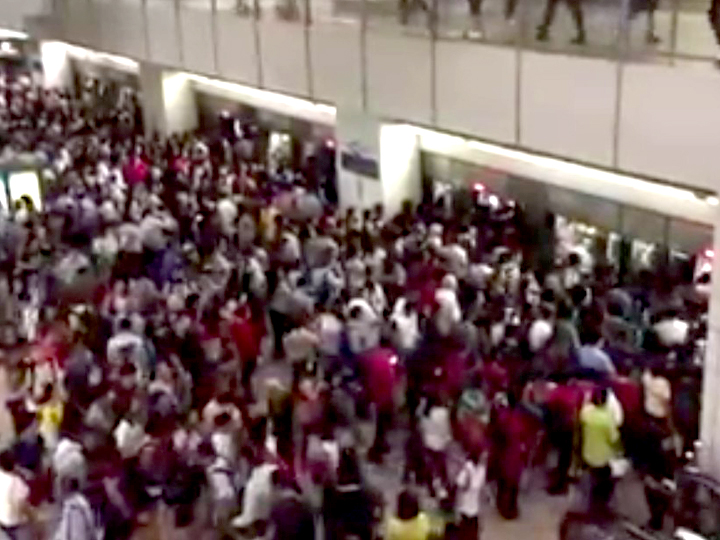 In what appears to be a landmark disruption, the Circle Line’s slump in train service has continued into its fifth day.

SMRT says the problem lies in a fault with the signaling system and its technicians are working to fix it.

Since Monday morning, trains on the 5-year-old line have had to apply emergency braking several times a day as they intermittently lose signalling communication with the tracks.

That has caused delays and hence longer journeys for commuters.

Some experts like SIM University senior lecturer Park Byung Joon warned that the intermittent loss of communication could “proliferate and lead to a total shutdown”.

Dr Park pointed out that another problem with the train line is its driverless system.

He said that the system “not designed for that” and that it “is not feasible” in the long run.

NUS transport researcher Lee Der-Horng said that the signaling problems appears to be “quite serious”.

He added that the wireless communications-based system has to be “reliable” and not have any blind spots as it “tells trains how fast they should be going, when they should slow down, and when to stop”.

SMRT has apologised for the inconvenience and has pledged to resolve the issue.