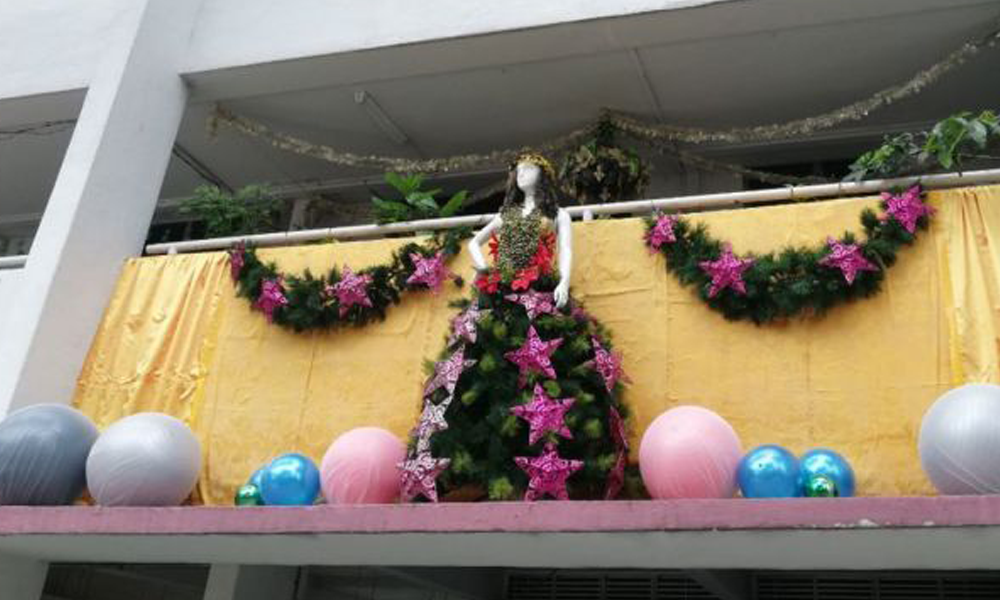 A Clementi resident who felt threatened by a mannequin erected on the 2nd floor corridor ledge of a HDB flat in the area lodged a complaint with the town council to have it removed.

A Ms Augusta Loh, reportedly in her 40s, said that she saw the Christmas decorations, including the mannequin, on the ledge at Block 351 Clementi Avenue 2.

The whole Christmas ensemble was located above a walkway and adjacent to a playground.

Loh lives in another part of Clementi, but she was anxious that the Christmas decorations might pose a danger to the public and so lodged a complaint with the Jurong-Clementi Town Council.

“The decorations are not small… Below them, there’s a footpath to the playground. Children walking there may be ignorant of the dangers.”

The decorations are believed to have been erected by an Eurasian dancer, Mr Philip Sobrielo Gene, who lives at the unit with his parents and family.

Sobrielo has been decorating his flat since 2005, and apparently enjoys the reactions of strangers and the excitement aroused when they walk past his flat.

Sobrielo’s neighbours don’t seem to have any complaint with his festive antics, and find the decorations charming.

However, the decorations for this year have since been removed.

According to Jurong-Clementi Town Council, a staff checked and found the decorations to be “adequately fastened” but still expressed concerns about safety.

The home-owner as agreed to remove the decorations over the week.

(UPDATE: The town council has decided that the mannequin and decorations will no longer have to be removed, following letters from residents decrying the initial complaint.)