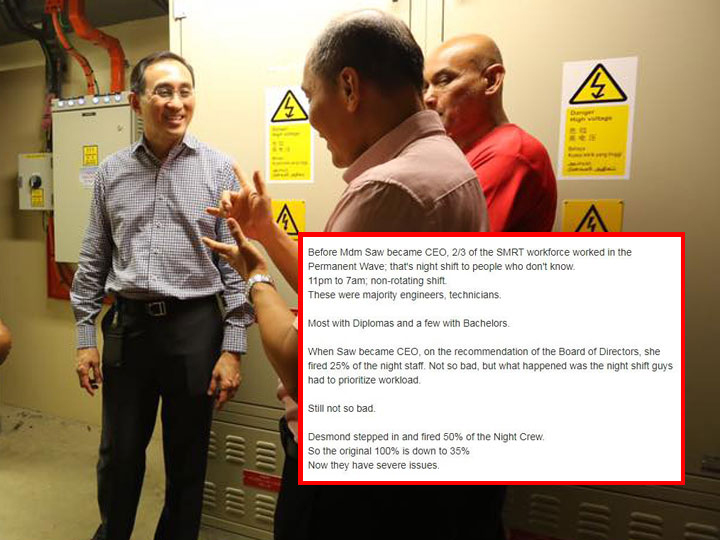 It started out as a tiny nugget of fake news, then grew larger after SMRT’s rebuttal yesterday.

But instead of condemning fake news, the public appears to have turned on SMRT instead.

The fake news that had been going around on local forums and whatsapp, purportedly sent by an SMRT staff, claims large number of staff from the SMRT night crew were laid off over the years.

SMRT took to Facebook to issue a statement giving the facts of the matter:

“This is obviously fake! How would SMRT have been able to complete the change out of all the power rails and 188,000 sleepers if staff count had indeed been cut so drastically?

Contrary to what is purported, under SMRT CEO Desmond Kuek’s tenure, the Permanent Way (PWAY) team that looks after our track and track-side infrastructure almost DOUBLED.
It grew from 206 staff to 395 staff from 31 December 2010 till 30 September this year.

The number of night shift workers also increased by 65% with more permanent night shift staff added to the North-South and East-West Lines in the same period.

The number of personnel carrying out maintenance work is even more when one adds external contract workers who augment the permanent staff on the tracks.”

But this didn’t go down well with the public, despite it being the truth. 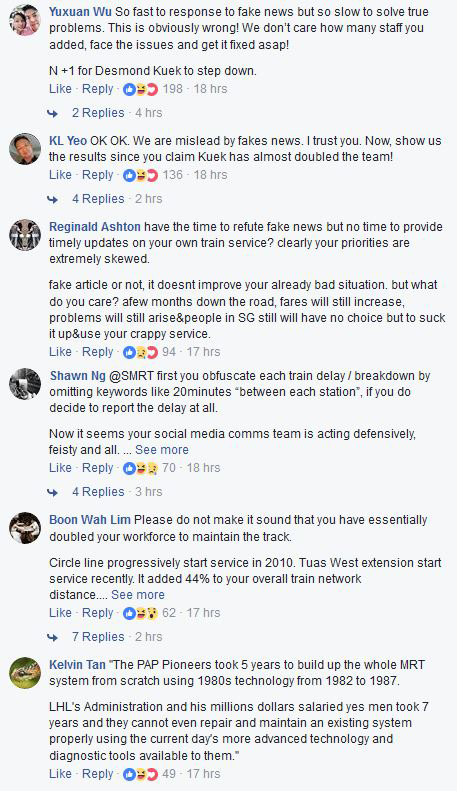 Many even turned on SMRT, condemning it for the tone of its statement. 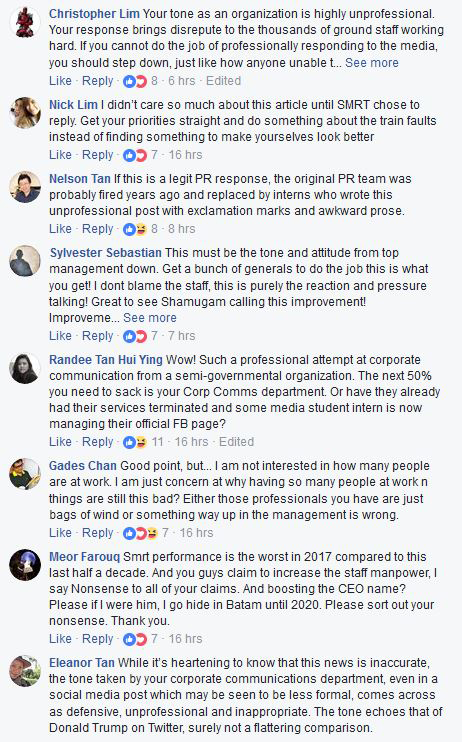 Such is the height of commuters’ anger with the train operator!

This must be a worrying sign for the transport operator, following the recent train collision, flooding and persistent train disruptions and breakdowns.

Especially since problems with the train lines operated by SMRT, which have risen over the years, have led to Singapore’s once vaunted MRT network becoming an international laughing stock.