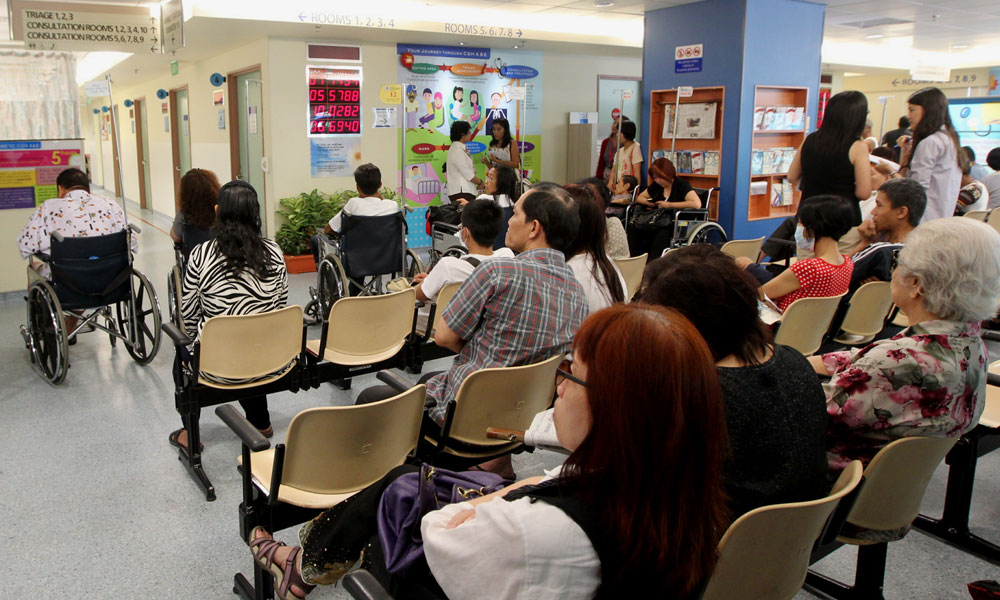 A Changi General Hospital patient has complained that due to his “subsidised patient” status, he has to wait 6 months to see a specialist doctor.

Francis Cheng Choon Fei said that he booked an appointment for my chronic neck pain as a new subsidised patient referred by a clinic under the Community Health Assist Scheme (CHAS).

Cheng said he was shocked to hear that the earliest appointment he could book was 180 days, and was told by the hospital staff that the waiting time of 6 months is “correct” for “subsidised patients”.

This is Cheng’s letter, reproduced in full:

“Dr Lam Pin Min, Senior Minister of State for Health, mentioned in Parliament last week that the median waiting time for new subsidised specialist appointments has improved from 28 days in 2013 to 22 days in the first half of this year.

My personal experience did not seem to show this. On Nov 20, I happened to call Changi General Hospital (CGH) for an appointment for my chronic neck pain as a new subsidised patient referred by a clinic under the Community Health Assist Scheme (Chas).

To my surprise, the earliest appointment is on May 23, 2019, exactly 180 days of waiting to see a specialist.

In disbelief, I asked the staff member to double-check because I thought it is impossible that the waiting time is so long.

She told me that the clinic for patients with spinal and neck problems is overwhelmed and suggested that I try another public hospital, but I declined because I live in Tampines and the nearest public hospital is CGH.

My referral letter must also be valid for six months from the date of referral until my appointment.

I asked her to reconfirm again and she told me that the waiting time of six months is correct for “subsidised” patients.

That raises a few questions for the Ministry of Health (MOH).

Going by what I was told, it would seem that priority is given to patients whose bills are not subsidised.

If this is the case, how could Dr Lam claim that “meeting Singaporean’s healthcare needs remains our priority” in public health institutions, when replying to Workers’ Party’s Member of Parliament Pritam Singh’s question on whether appointments for subsidised patients would be brought forward after the MOH’s decision to stop referral contracts for foreign patients in public hospitals?

I believe that priority should be given to subsidised patients who are from the pioneer generation and the “Merdeka generation”, the group of Singaporeans born in the 1950s.

This problem of long waiting time in getting clinical appointments has been going on for a while.

During the Ministry of Health’s Committee of Supply debate after the Budget statement in 2016, Workers’ Party’s Member of Parliament Low Thia Khiang revisited this matter that he raised in 2013, saying that the long waiting times seem to affect subsidised patients more than non-subsidised patients, and asked if this was how the specialist outpatient clinics at public hospitals regulate subsidised patients’ demand for their services or if it was due to insufficient resources being made available to meet the demands.

The answer, to me, is still pending.”