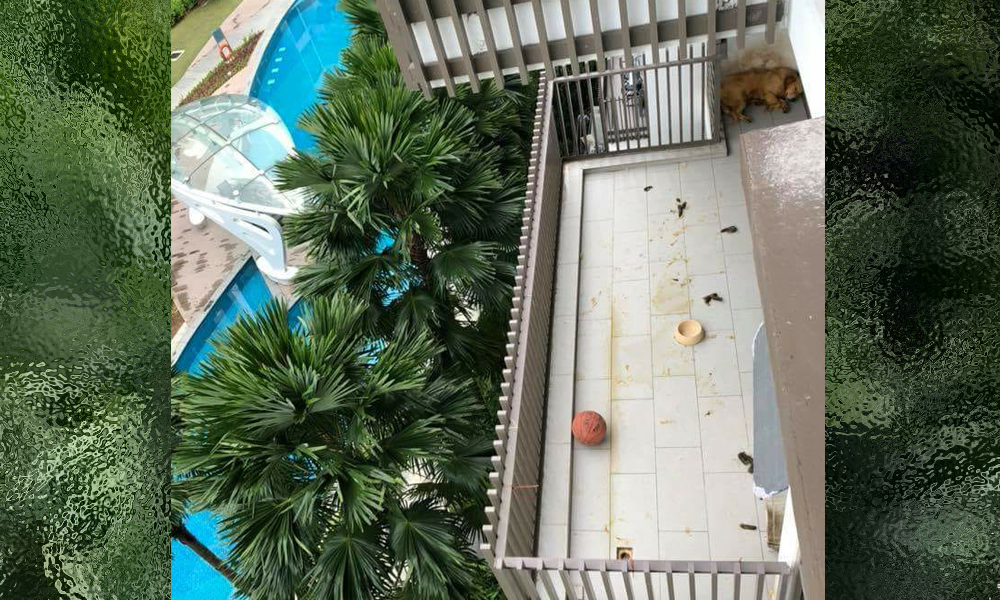 A concerned citizen has highlighted the plight of a golden retriever that has been confined to the balcony of a condominium unit for over a year now.

The dog has reportedly been left in the balcony regardless of the weather, without being taken for occasional walks or given playtime.

Alicia Winifred Cher shared this picture of the dog and its “home” – a balcony smeared with dog poo, piles of faeces left uncleared, and a golden retriever that looks like it hasn’t been groomed in a long time.

And, a basketball presumably as its toy.

Cher said that neighbours have been disturbed by the stench from the dog poo, and called the authorities to intervene so that the dog can receive better care.

She said that an officer from the Agri-Veterinary Authority subsequently came to check on the dog’s living conditions, but closed the case after deeming such living conditions fit for the dog.

Animal welfare association, ACRES, has since responded and will be following up on the dog’s welfare.