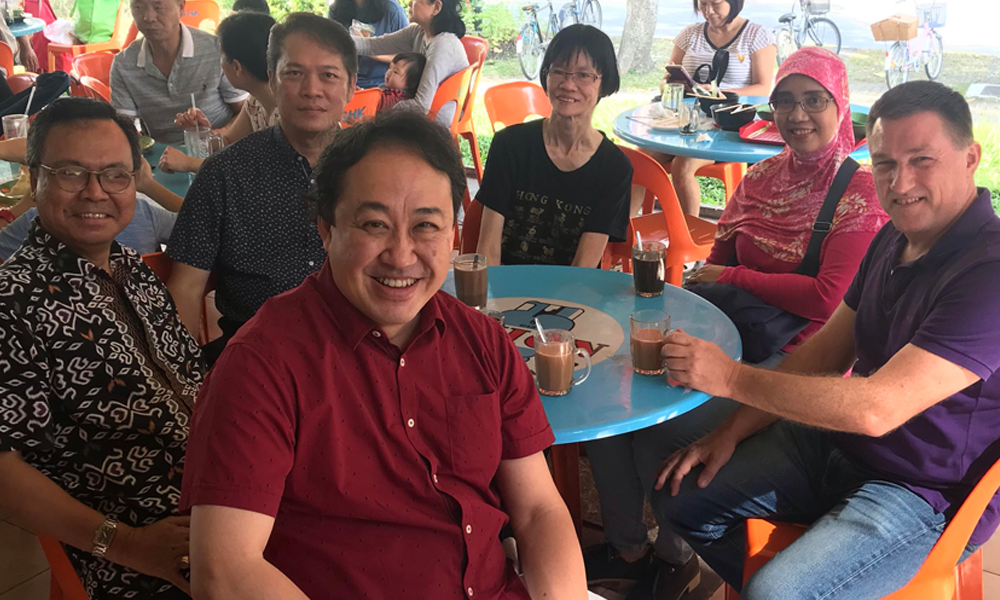 There appears to be trouble brewing in the Peoples’ Voice Party.

According to an email that is making the rounds online, there are problems with the way money donated to the party is managed.

The email also alleges that: “many people are leaving the party cus of this money management thing, not sure if Ang Mo Bower left because of this.”

Checking further into the matter, Redwire was told by some party donors that money they had donated was returned to them by party secretary Dolly Peh Siew Choo without giving them a clear explanation for why the funds were returned.

Peh resigned from the PVP after the incident.

When contacted by Redwire, Peh called the matter a “long story” and said that she wasn’t the person who collected the donations.

When asked to comment on the allegations in the email, Bowyer said:

“Another person collected unauthorised donations that needed returning. Dolly helped organise the returns but it was not her doing.”

Now an independent socio-political activist, he said that he left the PVP because of “poor” party management, but will still do what he can now in his own capacity to help “fix Singapore”:

“There was a pattern of poor management and a what I saw as a lack of back end planning. I feel Singaporeans want a more professional alternative and it wasn’t happening. Maybe they will get their act together but I come from the school of planning before action and knowing how to deliver what we say. I want people to trust I can deliver, and didn’t feel confident under the PVP banner that that could happen.”

PVP leader, the enigmatic and outspoken Lim Tean, declined to comment when approached about the money and management issues.

Lim was secretary-general of the National Solidarity Party between 2015 and 2017.

He resigned, citing disagreements within the party, and started the PVP in 2018.

Throughout this time, he had been embroiled in a private dispute over a S$150,000 loan which he took from a Chinese businessman in 2013.

The dispute escalated to the point where the businessman, Huang Min, filed a bankruptcy application against Lim in 2018.
The application was subsequently withdrawn after Lim repaid the debt.

Over the past months, Lim has been seen giving out free bread in the Pek Kio area.

He has also offered to represent Hyflux retail investors seeking legal recourse against the debt-ridden firm.