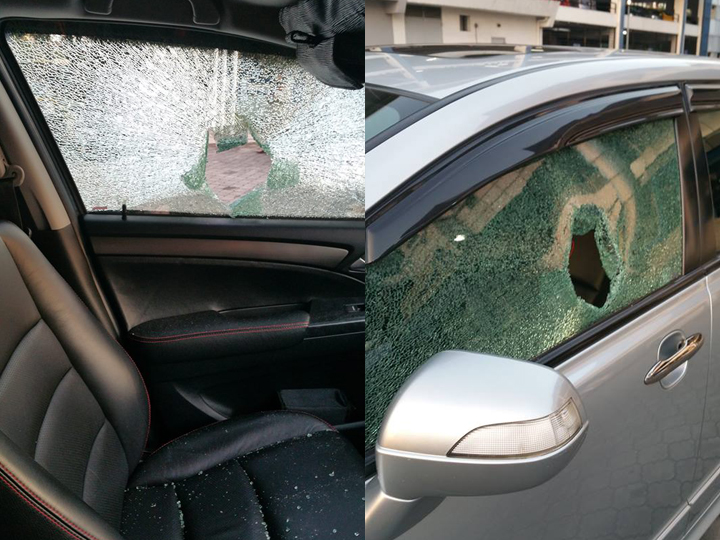 A bad day only got worse for this Singaporean in Johor Bahru.

Not only did he get robbed on arrival, he accused Malaysian police of refusing to allow him to make a police report – because it was time to break fast.

Darren Tan says he and his wife had just crossed the Causeway, when two robbers sprung on his vehicle:

“When we just reached JB and waiting for the traffic light, suddenly two robbery with motorbike came nearby us and broke our car glass which they tried to take away my wife bag. What make me felt disappointed was the police officer in Malaysia which don’t allowed me to make police report due to the time for buka puasa.” 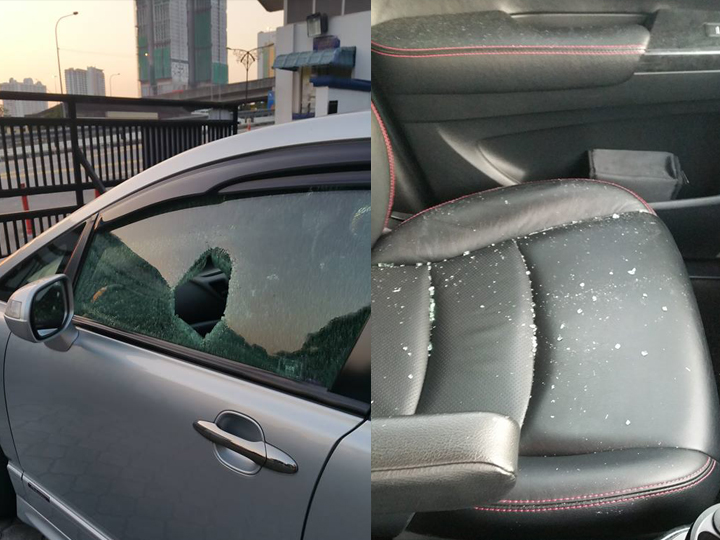 Tan says that when he received little help from the police, despite being injured.

“My wife having cut by shattered glass,ask medical treatment from police officer MALAYSIA,they just simply give 1 roll of toilet paper and bandage ourself“

And he says the incident has put him off travelling to JB:

“I would not drive to enter MALAYSIA with any reason from now on unless visiting my dear parent.Go police station ask for help,end up stop us for making report due to they rushing time to fill up their tummy….“