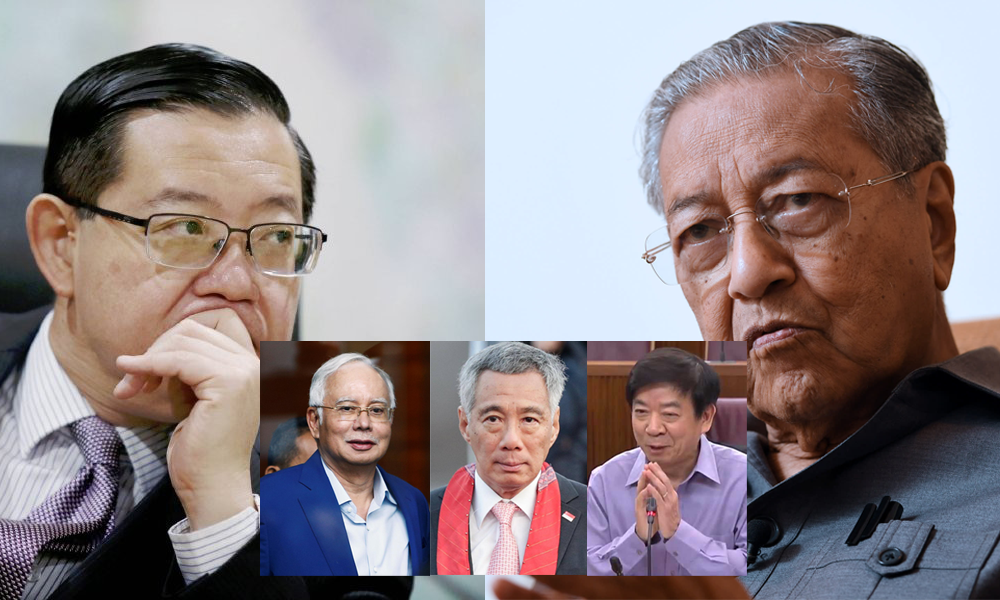 While Singaporeans bay for blood (mostly Dr M’s blood), the question now is whether the Singapore government went in blind in a haste to seal the HSR deal, and for what reasons.

This issue has been raised after Malaysia’s new Finance Minister Lim Guan Eng said that Malaysia has received offers to halve the cost of building the HSR, and that Malaysia will consider reviving the project if the final price tag is lowered.

The half-price offers, said Mr Lim, came after Dr Mahathir Mohamad spoke about scrapping the whole project altogether – just days after coming to power in the May general election.

At present, the whole HSR project is expected to cost S$31 billion.

So, why did Singapore ink the HSR contract with Malaysia’s former prime minister Najib Razak, despite the Malaysian elections being just months away?

With his scandal-plagued history, the writing was on the wall that Mr Najib would likely not be returned to power, and his successor would have other plans in mind.

The next question is how the Singapore government agreed to a contract that, with Mr Lim’s latest revelation, looks way, way overpriced – we’re talking about S$15 billion here, which would probably be enough to stave off any GST hike for the next 10 years at least.

And finally, with all the latest threats now that Malaysia is reconsidering the HSR, did the Singapore government really believe that it could twist arms across with an iron-fist across international borders using the rule of law as a shield?

That would be very naïve of million-dollar ministers whose salaries are pegged to top-level CEOs of private firms.

If anything, the whole episode has made the Singapore ministers’ responsible look like incompetent junior executives who entered into a hasty agreement with an allegedly corrupt government for a project that was overpriced by billions of dollars.

And now we’re making a big noise because our neighbour’s new older, more experienced and a lot more cunning CEO pulled the plug on the project after seeing the shortcomings of the deal.

Or maybe that new older, more experienced and a lot more cunning CEO is just dragging the time, playing up the uncertainty, and baiting Singapore into paying more than her initially agreed cost for the project since Singapore clearly has more to lose should it be scrapped.