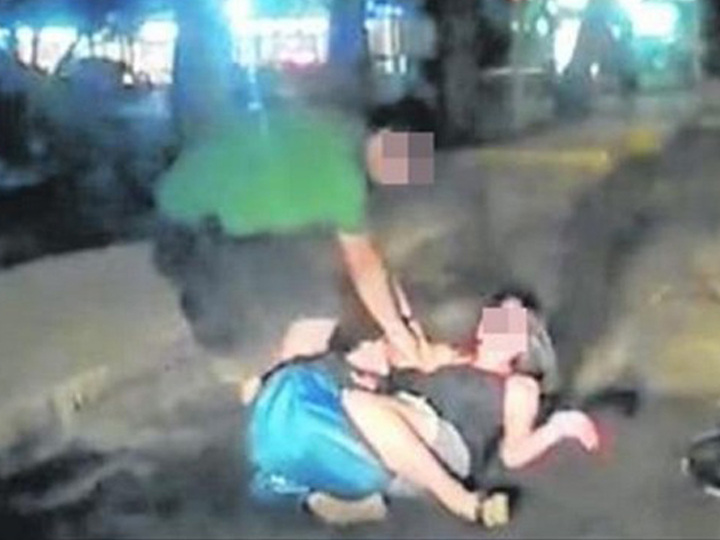 You know that Bryan Adams’ song, “Everything I do, I do it for you… until you get run over by a car and die b*tch…” or something like that lah.

A couple, lovers apparently, who looked to be in their 20s to 30s had been squabbling while standing at the pavement.

Then, apparently teeming with frustration, the woman picked up 2 bags and walked off in a huff, in the direction of the road.

But as she stepped in the middle of the road, her boyfriend pulled her back, held her throbbing body against his and embraced her tightly and fireworks erupted in the night sky.

No lah (you think this is Korean drama ah?)

The fella pulled her back and caused her to stumble and fall on the road instead.

At that point, a driver almost ran over her but managed to jam brake just in time.

At that point, the driver said the 2 dears caught in the headlights just looked blankly at him.

Then, the man shrugged his shoulders and gave that “I’m helpless bro” look.

The woman appeared to fear causing a bigger scene, so she picked up the bags and walked off, with the man subsequently following her.

So lovers, if you’re going to fight, do it somewhere far from the road.

Otherwise, you might just cost a driver his no-claim discount!