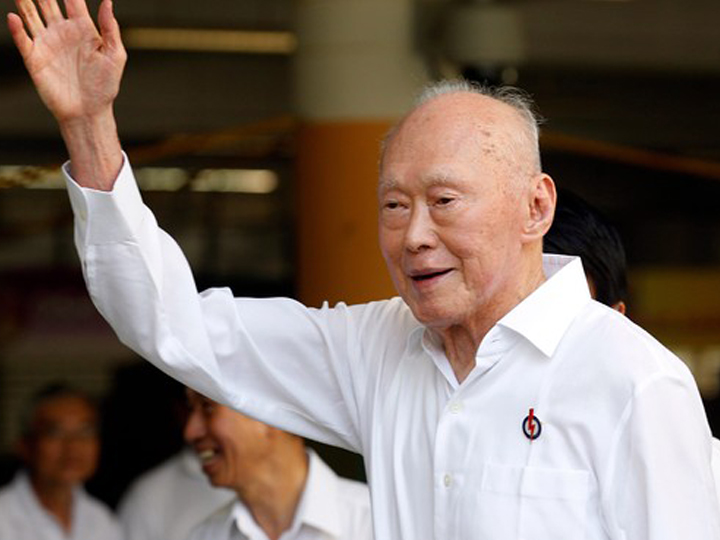 RONALD LEE: Much as I have respect for the late Mr Lee Kuan Yew, something must have gone wrong when a “prestigious” award is given to a man simply because he died. What I’m referring to is the “Asian of the Year” award given out by the Straits Times. The key term here is “of the year”, and Mr Lee was already on his sickbed by the time 2015 kicked in.

He passed on in March.

Meanwhile, other Asians were busy milling about and getting work done on the local and global front. Aung San Suu Kyi led the opposition to victory in Burma and is set to form a democratic government (and if you recall, the military-backed Myanmar president Thein Sein received this “Asian of the Year” award when he came to power).

The reporting team from the Sarawak Report uncovered the multi-million dollars which Malaysian Prime Minister hid under his pillow, which smells kind of fishy – to think a group of unknowns could topple a federal government!

And in Thailand, new kid on the block prime minister Prayudh has finally stabilised a nation wrecked by instability for more than half a decade. And, Phuc Dat Bich managed to fool Facebook.

Those are just some examples.

The judging panel voted bearing in mind this criteria: “The Straits Times Asian of the Year award recognises an individual or organisation that has contributed significantly to improving lives at home or in the wider neighbourhood”. Looking back, certainly there are others who have done more than Mr Lee this year (except that Bich)?

Makes you wonder who’s on the panel of this Straits Times award, and what were they thinking. Hasn’t our government always trumpeted that it’s more important to be right, than populist?

Or was 2015 such a bad year for Asia that the only person worthy of an annual award like this is someone who’s best known for his past than his present?

This is the article published by the Straits Times. Go ahead and have a read and see how many “was” you can find:

The editors of this newspaper picked Mr Lee, who died in March, as their unanimous choice from a crowded field for the annual award, now in its fourth year.

The city-state’s prime minister for 31 years, Mr Lee was widely respected as the architect of Singapore’s prosperity, transforming it from a backwater port city into a wealthy global hub.

The Straits Times Asian of the Year award recognises an individual or organisation that has contributed significantly to improving lives at home or in the wider neighbourhood.

The citation bestowing this year’s award posthumously on Mr Lee said: “No other Asian has made such an impact as Mr Lee had this year.”

His passing was a reminder of how big a role he played in steering and shaping modern Singapore. He was both a visionary and a radical thinker, and his views and policies laid the foundation for what Singapore stands for.

“He played key roles in introducing policies and attracting investments that turned Singapore into a modern economic success story.

“At the forefront of his policies were good governance and clean government, and his belief in a meritocratic, multiracial and multi-religious society. He eschewed ideological positions or political correctness, and said often that he was guided in his political judgments by looking for ‘what works’.”

He was also a strong voice for a secure and stable region, centred around Asean, as well as for continuing the presence of United States forces in the region to help keep the peace.

His standing at home and abroad was clear from the way people in the Republic and the world responded to his passing. The long line of luminaries who paid him tribute from around the world, as well as leaders who flew in for his funeral, spoke volumes for the respect he commanded. Flags were also flown at half-mast in New Zealand and India.

Straits Times editor Warren Fernandez, who chairs the panel that picks the ST Asian of the Year, said: “Mr Lee’s passing galvanised this nation, reminding Singaporeans of the significance of the Jubilee year celebrations of our nation’s independence.

“The reaction abroad was just as moving, with a myriad of world leaders as well as respected academics and commentators expounding on how he had shaped their thinking on issues and contributed to their understanding of Asia and the world.

“This reflected the standing that he had established for himself, and Singapore. As this SG50 year draws to a close, we thought it was fitting to remember Mr Lee with this award.”