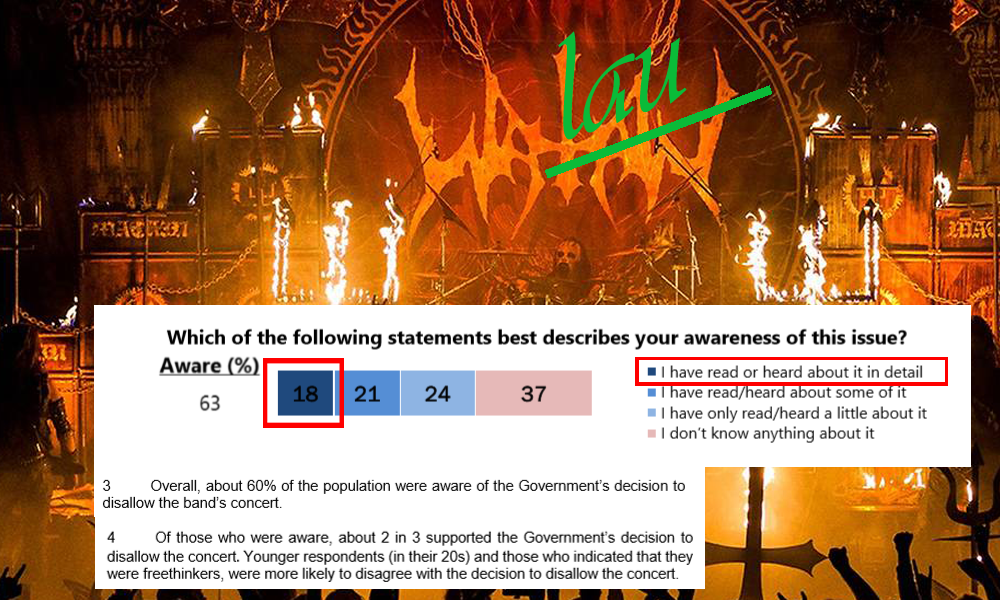 In the case of the Watain concert, the government trumpeted that 60 percent of poll respondents were against the band playing in Singapore.

The poll was aimed at justifying the last-minute cancellation of the concert.

Let’s look close at the poll.

REACH says that “63 percent of respondents” are aware of the issue. They include in that people said that they “read/heard a little about it” and people who heard “some of it”.

The reality – only 18 percent of people polled by REACH knew in detail about the whole Watain issue, or specifically “the government’s decision to disallow the band’s concert”.

For 82 percent of respondents, it’s akin to asking them whether shuddermonkeys grow on trees – yeah I made up that term “shuddermonkeys”, and I shouldn’t trust you to give me an accurate response if you unless you knew what shuddermonkets were, right?

Which makes me wonder how the issue was framed when the poll was done, because framing leads to bias and inaccurate results.

Next up, Watain isn’t for fuddy-duddies – the band started in 1998.  Your ah gong and ah ma lived during the time of The Quest (yes, those below 40 you’re forgiven if you haven’t heard of The Quest).

A minority of youth polled did not object to the Watain concert.

So the government doesn’t trust youth, the real group of people who would listen to Watain, to make up their minds and sees the need to do it for them?

With Singapore always talking about building for the future, we sure like to let old people from another era determine how that should turn out. 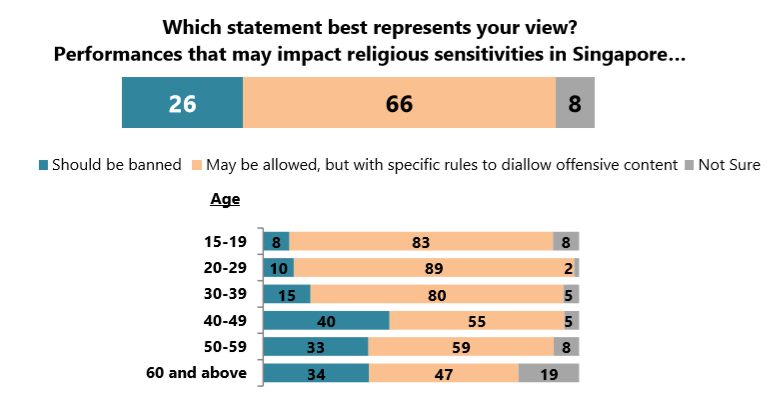 And lastly, the most general question in the poll showed that an overwhelming majority believe that performances that “may impact religious sensitivities” should not be banned.

What this means is that even those who don’t know Watain believe that performances like theirs should not be banned, but allowed with restrictions.

So is the government using skewed and grossly misinterpreted survey results to pull a fast one on Singaporeans?

The figures speak for themselves.