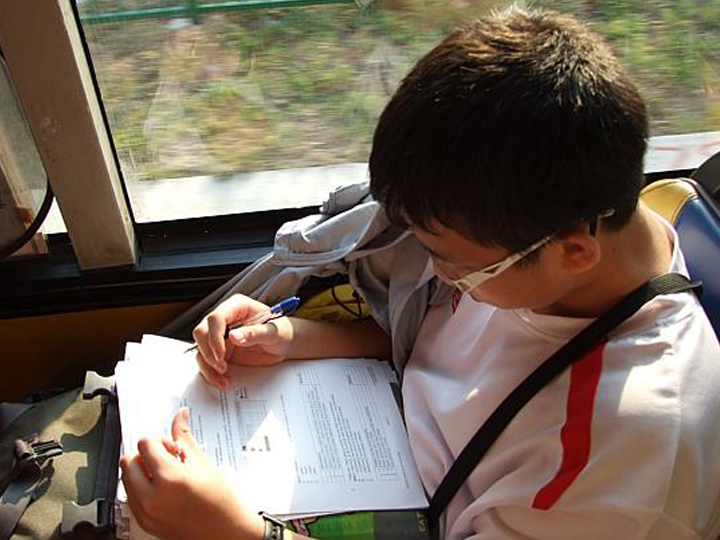 Former Ministry of Education Policy Officer, Yann Wong, has lashed out at the education system for breeding a culture of shame, neediness and anxiety among young Singaporeans and fostering elitism.

Wong, who served as the policy officer in charge of the Direct Schools Admissions Scheme from 2011 to 2012, also slammed the oppressive nature of the education system a lack of innovation among young Singaporeans.

Wong has suggested that instead of tweaks, an overhaul of the education system is needed to make “genuine an sustainable” change to the lives of our youth.

“From 2011 to 2012, I served as the MOE policy officer in charge of the Direct Schools Admissions (DSA) Scheme, and by virtue of that experience, I dare say that there are only a handful of people in Singapore who knows more about DSA than me. In 2004, then-Minister of Education Tharman Shanmugaratnam announced the formation of the DSA scheme (although it was not named yet then) in order to “arouse a passion among our young for knowledge and learning that carries through life” and to “accept and promote more diverse measures of merit” [1]. Year after year, reviews on the DSA reported overwhelming positive response from both schools and parents. Backed up by such positive response, the number of schools participating in the DSA as well as the percentage of students admitted through DSA was expanded. In the eyes of many, DSA was seen as a huge policy success. This was 14 years ago. Today, ask any teacher, parent or student about whether DSA has REALLY changed their “definition of merit” to include non-academic credentials, you would almost certainly get a good laugh in return. The DSA has failed Tharman’s vision. The definition of “merit” is not so easily redefined. In the same vein, the definition of “elite” is also not so easily redefined.

There have been some attempt to save RI from the brand of “elitism”, mostly by redefining what we mean by “elite”, either to mean “only the rich”, or to mean “those who excel in ANYTHING, including sports, arts and leadership (maybe even character)”. Both camps have good intentions in their re-definitions, but just like Tharman had good intentions when he attempted to redefine “merit”, good intentions don’t really matter. A few [2] have already called out how disingenuous it is to try and disentangle “elitism” from “meritocracy”. In academic literature, there is a wealth of material linking meritocracy/elitism to systemic inequality (see Appendix B for a small sample), and others have pointed out that simple anecdotes of Taxi-driver children becoming President Scholars as mere rhetoric [3]. As an educator, I would like to make a new contribution: I would like to point out 3 ways in which meritocracy/elitism has significant real-life impact on the psychology of students (and really the whole of Singapore society), and this impact will persist no matter what kind of definition of “elitism” you feel like adopting.

Our students are subjected to environments where they develop high amounts of shame when they fail to perform academically. Even for high performing students, I have observed high amounts of anxiety due to fear of failing to perform (either academically or in CCAs), and this is because our children can only feel validated by their performance, and are seldom, if ever, validated just for being themselves. As a response to their shame, many students develop a sense of neediness where impressing other people (so that they can be validated) becomes the main purpose of their life.  For many parents, they label all these symptoms as “stress”, but really it’s much more complex and dangerous than that.

I am not a psychologist, but there is much public information available on how shaming children is very very bad for their mental health, and this has strong links to conditions such as depression, anxiety disorder and aggression [4]. The only reason why educators don’t seem to acknowledge this is that the vast majority of  students are already depressed and anxious, and it has become normalised as what it means to be a student in Singapore. Teachers may even reinforce this by labelling healthily self-assured children as “lacking drive” or even “lazy”. Furthermore, I would like to argue that the issues of performance anxiety and validation-neediness persist all the way into adulthood, and shape much of Singapore society today.

Perhaps this is more a product of our Asian (and particularly Chinese) culture of parenting, but this is certainly exacerbated by our meritocratic exam-centric culture which our children are immersed in. Even for children whose parents have deliberately never shamed them, they still spend an extraordinary amount of time immersed in a school culture where validation only exists in the form of performance achievement. It is about time our schools own up that their own classroom practices damage the mental health of children.

Do you remember the comic about two mothers talking to their children about the road sweeper? Then-Minister of Education Ng Chee Meng was so moved by this comic that he shared it on his Facebook [5]. Although the second mother was certainly more admirable than the first, what very few people realised that the second mother was also guilty of condescension, and was judging an individual as pitiful (and thus, of low dignity) on the basis of his vocation alone. A truly admirable mother would befriend the road sweeper together with the child, and teach the child to treat him with as much dignity and respect as she should any other adult.

Meritocracy is a sorting mechanism, but it is not JUST a sorting mechanism. It’s one which carries with it an ethical narrative – whether or not you win or lose, you get what you deserve. And because you get what you deserve, losers have no right to demand any rewards AND (a silent implication) winners have no obligation to share any of their rewards with losers. That’s the real problem in saying “anyone can succeed as long as they work hard enough”, because the vast numbers of you that “don’t succeed”, the REASON WHY was that you didn’t work hard enough (not that you were systemically disadvantaged). It’s YOUR fault. And because it is your fault, you cannot blame other people for condescending you. (Another silent implication) If I am successful and a winner, I am not wrong for condescending those who are less successful than I am. This is arguably the primary reason why there is so much shame attached to being of a lower academic stream, or being an ITE graduate.

I think no one has done a better job of exposing this “normalisation of condescension” than Prof Teo You Yenn in her book “This is What Inequality Looks Like”, which should be compulsory reading not just for every civil servant, but every Singaporean really. She rightly observes that our national and cultural narratives necessarily exclude the concept that every individual is of inherent worth and dignity. In Singapore, dignity is not a given. It has to be earned, and not every individual is given the opportunity to earn it.

As a teacher, we were told that “critical thinking” (among others) would be an essential skill for our students’ future. Yet the more I studied critical thinking and experimented with teaching it, the more I realized how much it actually ran against the grain of our education system – both of our student’s need to conform to “one correct answer”, and to MOE’s desire to perpetuate certain national narratives as unquestionably true. Once, a fellow middle manager told me (in all seriousness) that she encouraged all her students to write pro-PAP answers in all their Social Studies exams because she fears that the school would get “blacklisted” if students were found to disagree with state-sanctioned views. The social studies syllabus has since changed (and MOE is experimenting with making examinations increasingly difficult such that only “high level thinkers” may be rewarded) but these mental habits still remain within teachers and education culture. Do you want students to learn critical thinking for the sake of their future employment? Then you must be willing to let students critically question even national narratives, including politically contentious ones like Operation Coldstore. Is that too dangerous for you? Then stop lamenting that students can’t engage in “creative thinking” or “think out of the box”.

There are also some long lasting consequences which affect our thinking habits all the way into adulthood. One consequence is the sheer lack of appreciation of complex situations in real life where there can be “no right answer”. Another consequence is our inability to appreciate that people who disagree with us can still be reasonable, and the source of our disagreements has more to do with our subjective perspectives and less due to our intelligence. We default into thinking that either “I’m right and you’re stupid”, or “you’re right and I’m stupid”, and probably the former. Anyone who is familiar with internet chatter will say that this is a global phenomenon (and they would be correct), but Singaporeans remain the most egregious participants in online echo chambers I’ve ever seen, and I argue that it is because we failed to prepare our students to be self-critical and to disagree well.

A very common refrain from MOE is that because “our education system has served us well” and that “there is no need for an overhaul, only tweaks”. My humble suggestion is to say that maybe our education system has served us far worse than we had realized, and while there may exist no silver bullet solutions, the persistent unwillingness to talk about overhauls is unhelpful in talking about making genuine and sustainable changes for the sake of our children.