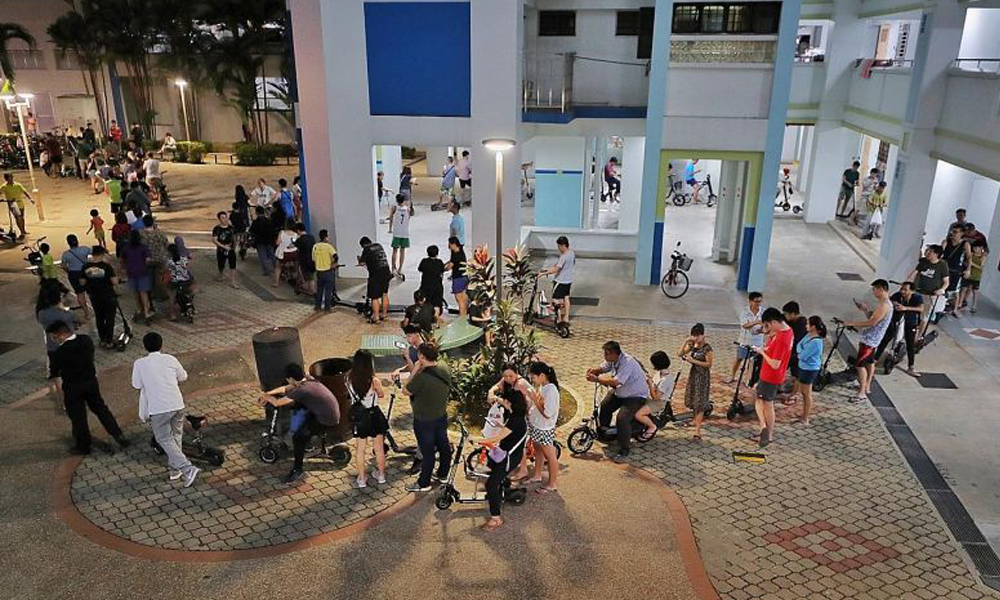 RONALD LEE: So, the government banned Personal Mobility Devices from footpaths, then commissioned a S$7 million fund to help affected delivery riders who use PMDs.

The moves smack of an attempt to have your cake and eat it – appease both pedestrians and PMDs – but appears to achieve neither.

And other road/foot-path users are going to experience collateral damage.

The change in the law, somewhat overnight, to ban PMDs from footpaths appears frivolous at best.

What’s worse is the recommendation that PMD-riders switch to using Power-Assisted Bicycles on the road.

But the road is already congested with motorists because the government has failed to rein in Private-Hire Vehicles.

The PHV population (officially standing at 50,000 odd, though unofficial figures are likely to be higher) have already outstripped the taxi population at its peak (around 40,000 cabs).

And then, there’s the mandate that bicycles too belong on the road, despite the lack of bicycle lanes.

For pedestrians, their joy is short-lived – the S$7 million “rescue fund” comes from tax monies, which essentially means their pockets.

And besides pedestrians, motorists or PMD-riders – everyone else suffers too.

The GST hike might kick in sooner rather than later, and then there’s the upcoming e-commerce tax of which the tax rate has not been determined.

I wouldn’t be surprised if a couple of digits were added to the e-commerce tax to make up for government spending on appeasement.

The government’s indecisiveness, half-hearted measures and flip-flopping has made everyone a victim, not just PMD riders.

For a top-dollar government (the highest paid in the world), are Singaporeans getting top-quality in return?