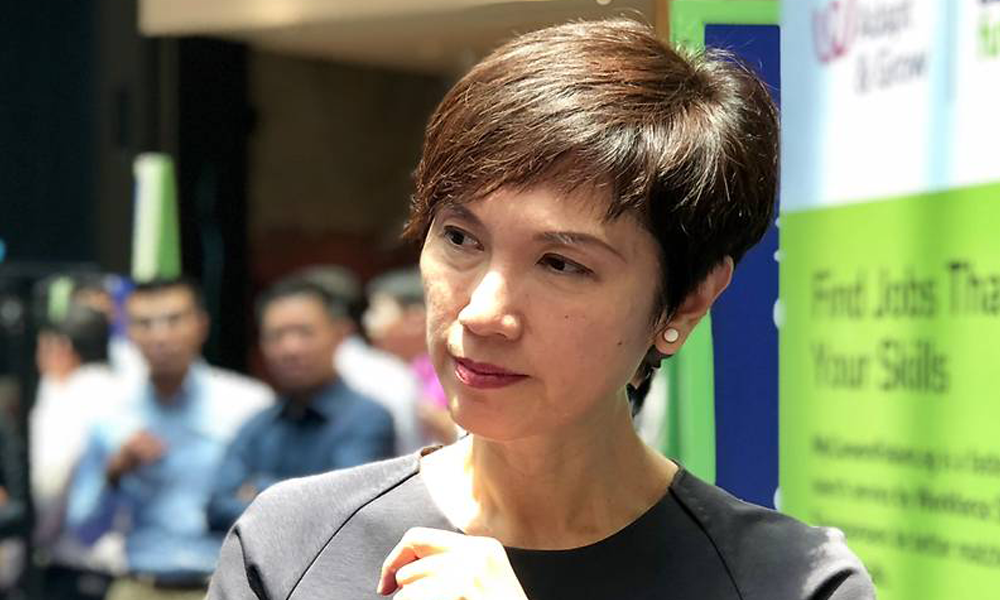 She had two years to build her insights into the living conditions of Singapore’s foreign workers – some 300,000 of whom are housed in cramped dormitories, and implement measures to improve these conditions.

She failed, thoroughly and disgracefully.

In February 2020, Teo was photographed together with National Development Minister Lawrence Wong at a dormitory following the first confirmed migrant worker Covid-19 infection.

A cluster emerged in that dormitory in April.

Teo had two months to tackle the potential problem of an outbreak in cramped dormitories.

She failed yet again, and this time that failure to act saw infections among dormitory-dwellers spike to over 10,000.

Her response to her series of failure upon failure was summed up in the delivery of her latest ministerial statement – unabashed arrogance.

“I’ve not come across a single migrant worker himself who has demanded an apology.”

The reactions to that contemptuous statement have been, to put it kindly, rude.

In early April, when clusters were forming in dormitories, the government acted slowly, only moving to relocate workers days after public outcry grew regarding the squalid living conditions in foreign workers’ dormitories.

Between the months of February and March, humanitarian organisations were already raising alarm bells that given the cramped living conditions, those dormitories were potential hotspots for clusters to form.

On 21 April, Teo said that raising the living standards of foreign workers was “not about cost”.

This statement appears to contradict her statement early in April, published in the Straits Times on 7 April, in which she said:

“Each time we attempt to raise standards, employers yelp – these are added costs which they must eventually pass on. They ask MOM, ‘Are people prepared to pay more?'”

The part that the Singaporean public simply cannot stomach is Teo’s arrogance in the face of failure.

The horror of such foreign workers’ living conditions has only just unraveled for many Singaporeans.

And yet, Teo has managed to adroitly dodge any blame for their present miserable state.

When asked what in the world took her so long to wise-up to the problem, Teo said in early April:

“My team is already working round the clock. They are on the front lines dealing with sometimes very tense conditions. Please do not demoralise them with finger-pointing. They deserve better.”

Now, the MOM is scampering, on the back of international public condemnation, to quickly build new premises to house the sick.

Teo has stubbornly refused to acknowledge that despite her two years of experience as MOM chief, she was caught absolutely flat-footed amidst the coronavirus crisis.

Today, with some 90 percent of Covod-19 infections coming from foreign workers’ dormitories, and with lockdowns (“Circuit breakers” in Singapore-government terms) coming on the back of these huge spike in infections, Teo still sees no reason to apologise.

Even if foreign workers aren’t due an apology, surely Singaporeans are?