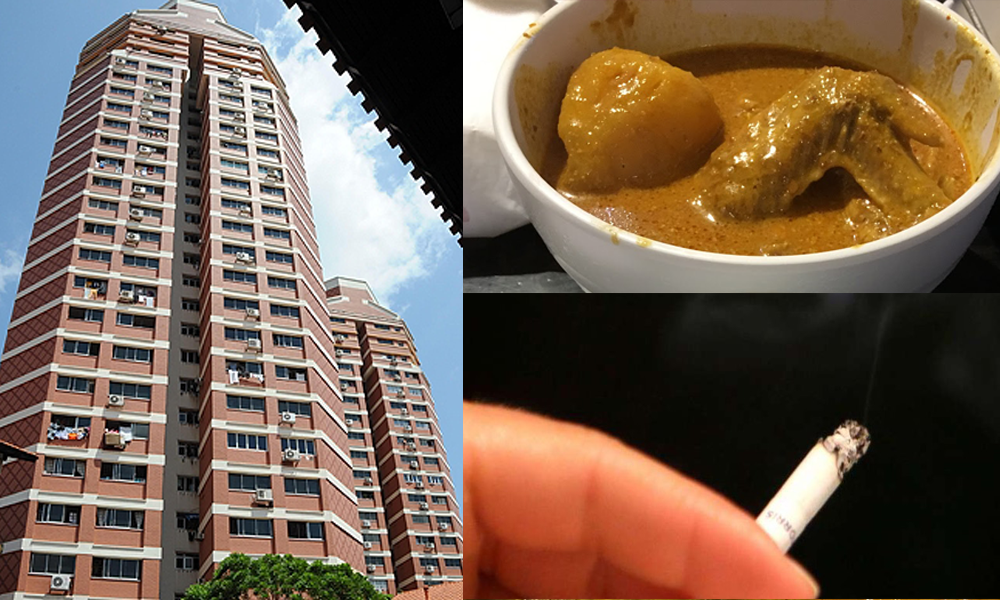 ELSON: A chill was raised when Nee Soon MP Louis Ng proposed that people be banned from smoking in HDB flats – what happened to our rights as home-owners?

A different type of chill was raised when Tanjong Pagar MP Joan Pereira opened her gap – how dense can a MP get? Apparently pretty dense.

Her blonde-worthy solution to the issue of smoking at home:

“Windows and doors should be closed when smoking … If smoke is detected outside of the flat, the resident should then be considered to have violated the law.”

But dumb brunette quotes aside, the serious issue here is how much of our rights are we signing away to the government?

The complaint against smoking in flats follow this line of thought:
-cigarette smoke is unpleasant
-2nd-hand smoke may be harmful to health
-smokers should not be allowed to spread their smoke for those reasons

Is that sufficient reason to allow the government to dictate what we can and cannot do in our own flats?

Because if so, we’re headed for a very slippery slope where the only losers are flat-owners.

There’ this curry complaint that from years back that comes to mind, and in the light of Ng’s proposal maybe the government should consider banning the cooking of curry at home too:

You see where this is heading.

If we give the government the right to ban smoking in flats, we’re essentially granting them further powers to ban curry parties at home too if there are complaints.

And, we would be giving government officials the power to break into our flats without a warrant to take our curry and charge us for it too.

The next question is – how serious and widespread is the issue of cigarette smoke emanating from HDB flats?

To put things in perspective, only 13 percent of Singapore residents smoke.

There are probably more people who fart in lifts and act blur.

The issue is about home-ownership rights.

The government cannot enforce such a ban in condominiums and landed property because those areas are considered private property.

So why should it be allowed to dictate what HDB home-owners do at home at their own leisure?

The one thing that even Lee Kuan Yew pointed out – Singaporeans are damn tok gong at complaining.

If HDB flat-dwellers support such a ban based on loose justifications about complaints received, be prepared for more erosion of home-ownership rights.

But then again, tenants should just obey the whims of their landlord.