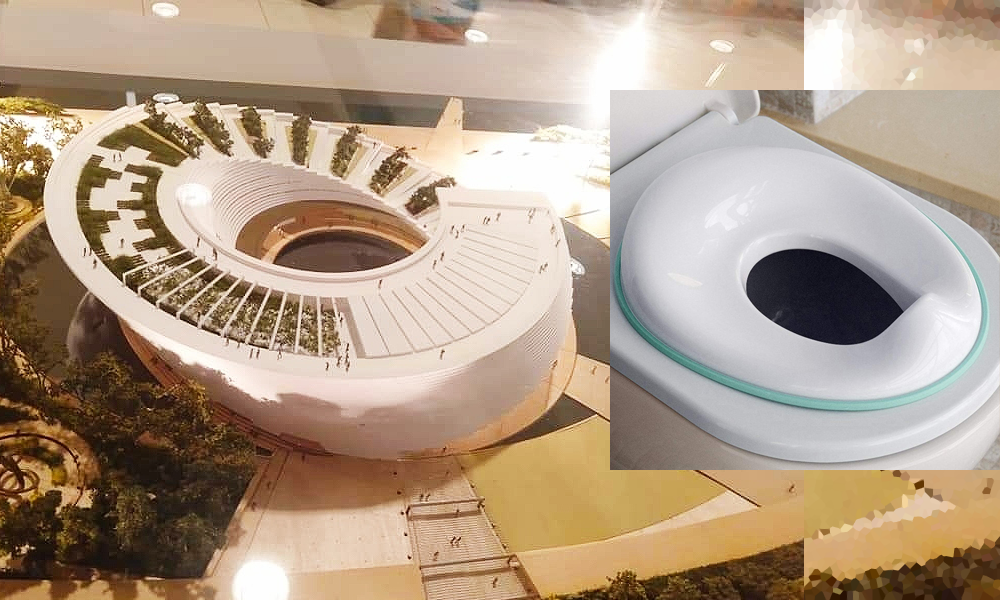 Most modern Singapore buildings built in the recent years have been generally functional, eye-pleasing and well-designed.

Singaporeans have been asked now to vote on their favourite of 5 shortlisted designs for the upcoming Founders’ Memorial.

And we wonder how the Founders’ Memorial committee came to shortlisting these 5 designs out of 193 submissions.

Because, as many have taken to commenting online, most of the 5 tend to resemble toilet fixtures.

Looks pretty much like a potty-training seat for toddlers.

But unlike a potty-training seat, this doesn’t come with a splashguard.

“We have crafted a memorial design that rises out of the earth to evoke the crescent moon of the national flag; symbolising a young, rising nation. It looks to the future.” 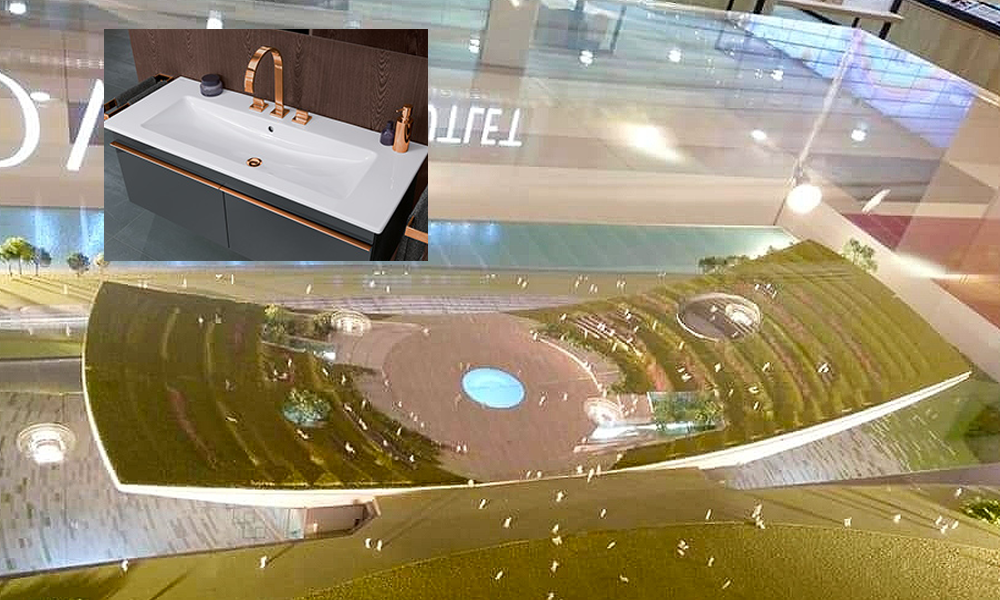 Looks pretty much like a giant toilet basin, right down to the hole in the middle.

Unfortunately, no gold taps included, likely because T T Durai has still got his greedy, corrupt paws on them.

“Shaped like a cradle, its curved form is inspired by the hands of our founding fathers – hands that have worked tirelessly, placing nation above self, to nurture a young nation into the independent Republic it is today.”

Let’s hope the ensuing fengshui doesn’t mean money going down the longkang (otherwise we’ll have another Sports Hub on our hands). 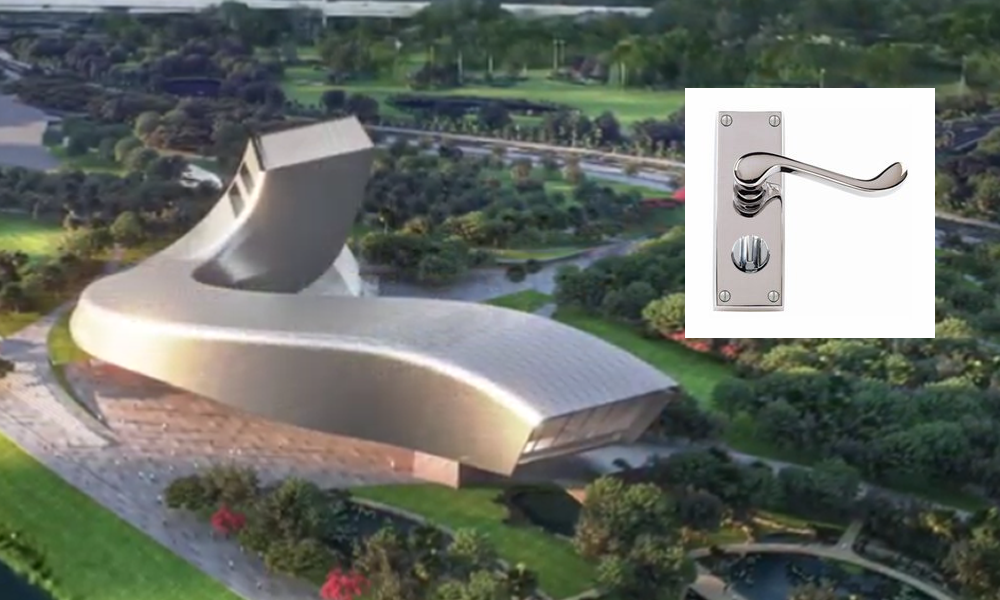 No toilet is complete without a door – and shiny handle that looks pretty much like that thing above.

“The Singapore flag is the inspiration for the site, which is marked by five pathways – representing the five stars and the abstracted crescent moon – the Memorial.”

Erm, if you’re going to give us just a door handle, why not the whole door too? 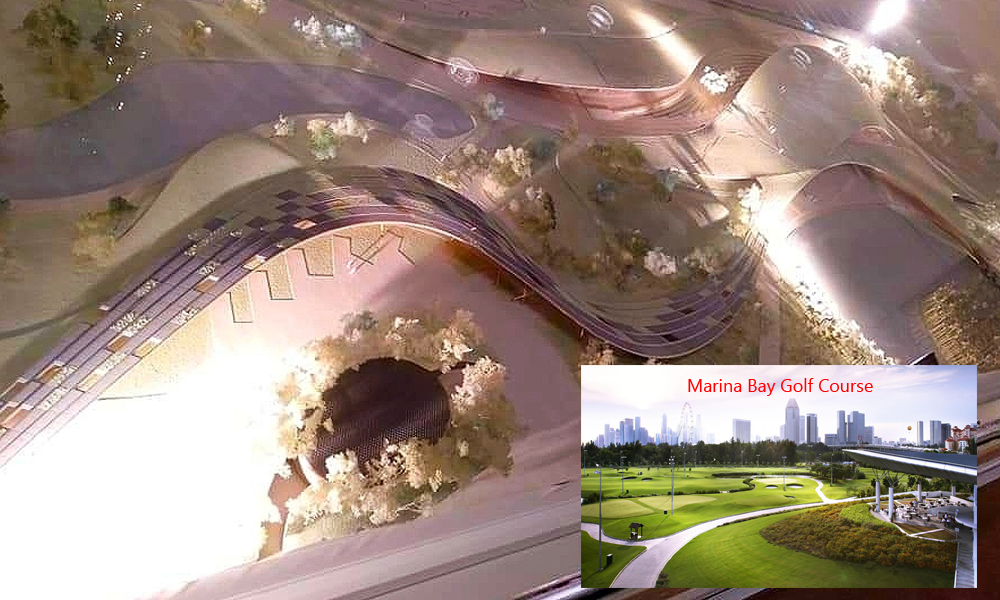 And here’s where the toilet fixtures stop, and the more mundane begin.

This design by Kengo Kuma & Associates + K2LD Architects looks pretty much like a distant cousin of the Gardens by the Bay, which is just across the river.

And, an extension of the Marina Bay Golf Course which would be located just next to it.

So if this Founders’ Memorial design does come up, it’d serve as a good collection point for stray balls (not of the opposition kind). 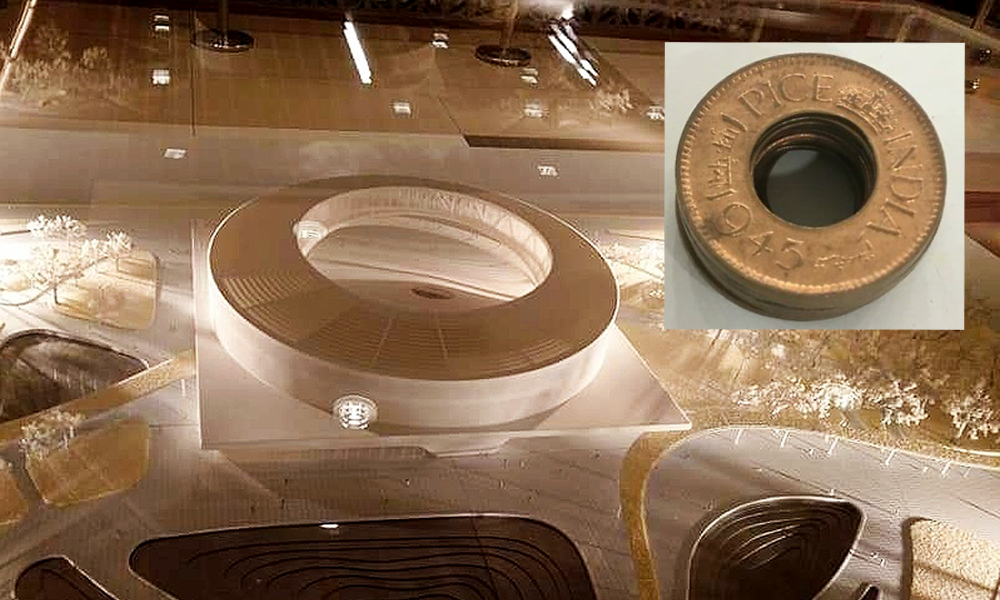 Conventional on the outside, and also looks uncannily like a super old British-India coin – this design by 8DGE + RSP Architects.

Maybe Singaporeans who go there, look up to the sky and ask LKY for help might strike Toto.

Or maybe we’ll really strike gold when a second CECA comes our way.

Go to https://www.foundersmemorial.sg to vote for your favourite design.

And gentleman, remember to aim well when you use the toilet (ladies you’re good, unless you’re from NUS then you might want to look over your shoulder).