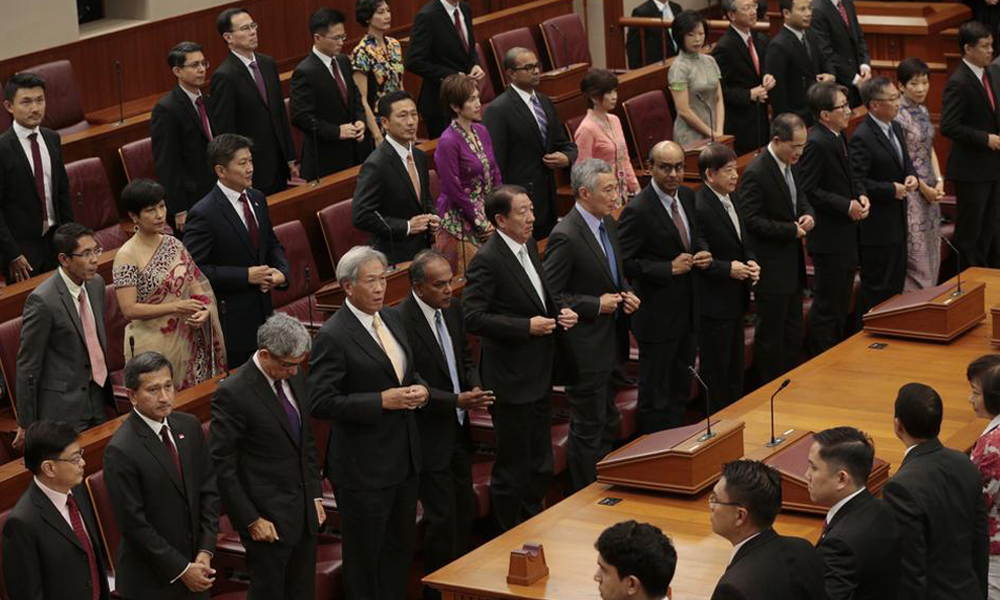 ELSON: A speech big on heart, but somehow Singaporeans don’t feel it in the real world – that’s how I would sum up President Halimah Yacob’s speech on the PAP’s 4G leaders.

Or in other words, the talk from doesn’t appear to translate into the right actions.

Singapore’s leadership has shown over the years that it’s big on ideas, but terrible at executing those ideas.

Let’s look into those big proclamations from President Halimah’s speech, written by the 4G leadership:

(1) The 4G leaders will be brave enough to steer the ship in a different direction from their predecessors.

Yes, the talk about being different. Then, allowing another Chief of Defence Force to become head of SMRT (after the failure of former CDF Desmond Kuek, and Rear-Admiral Lui Tuck Yew, who had a decade to set things right from the Saw era but couldn’t).

Recently, ministers Ong Ye Kung and Lawrence Wong have publicly stated that Singaporean youth shouldn’t be too focused on paper qualifications. Ong even said that one can become Prime Minister one day without a university degree. Try going to any civil service organisation website, eg the SCDF, and applying for a senior officer position, then see whether you need a degree or not.

(2) They are not afraid to push tough policies, and will work with the public to implement such policies.

Erm, test balloons? The proof of the pudding is in the eating, and seeing how opposition MP Sylvia Lim got bullied for raising concerns of constituents, you wonder how keen the 4G leaders are when it comes to feedback beyond any grassroots wayang.

Raising GST to 9 percent is fair enough (most other nations have higher consumer tax than that), but must this be done in manner that generates so much bitterness?

(3) The world is uncertain, change is everywhere, and those disruptions could pose threats to Singapore

Yeah, changes like cashless payments, and the government trying to shove this down people’s throats without understanding why this is taking off. Well, it’s taking off in China and not so much everywhere else in the world. Why? Because China is big, and cashless payments started out as a way of remitting money home from cities to villages. Then, it was adopted as a convenient mode of transaction, and a method of fraud prevention (if you’ve seen those made-in-China fake notes, you’ll know they’re really AAA grade fakes).

Now this is a tricky one. Anyone remember Mah Bow Tan? Or Richard Hu? A simple Google search will turn up the sentiments of many waiting to dance on their graves. Because it seems that for them, its’ all about the money, money, money – super spikes in HDB prices, and that certificate-worth-more-than-car COE respectively.

Okay, how about emulating the ultimate Singapore leader, Lee Kuan Yew? Well, there’s a reason why Singapore is ranked 151 in the world for press freedom. LKY set the standard by banning papers such as the Far Eastern Economic Review, for erm, bad reviews.

President Halimah’s speech on 4G leaders, written by Singapore’s 4G leaders, is a textbook template speech. Any marketing professional worth his salt will tell you the speech was designed to appeal to those Gen X and later, based on well-researched values. It’s nothing new lah – businesses have been coming up with similar proclamations to appeal to this target group of people.

The key issue is whether these 4G “leaders” have the will to go through with necessary changes to tackle Singapore’s biggest woes – growing social inequality, sky-rocketing cost of living, the malaise in education and innovation, and an increasingly conceited rather than collaborative society.

Maybe they do have the capability in abundance to steer Singapore right, but we’ll only know for sure after the old guard releases the reins – and it doesn’t look like this will happen anytime soon.