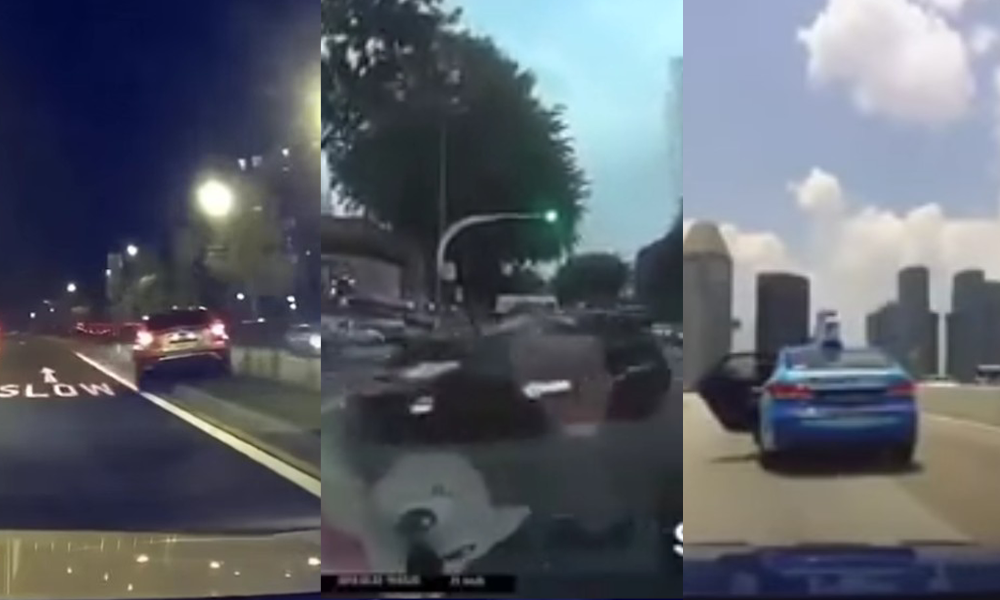 HAROLD CHAI: Three “fainting driver” incidents in March – and the month isn’t even over yet!

In the latest incident today, a car smashed into a road divider for no apparent reason – the road was clear and there was hardly any vehicle near it.

Two days ago, a 72-year-old taxi driver who claimed he fainted at the wheel lost control of his cab, resulting in the death of a pedestrian.

And on 11 Mar, another taxi driver caused chaos along the ECP when he smashed his cab into a road divider and other vehicles – a fainting spell was also blamed.

Apart from taxis, private-hire vehicle drivers are notorious for their antics on the road, causing their fair share of death and destruction over the years.

When a Ferrari beat a red light, killed a taxi driver and shocked the nation back in 2015, it was a big thing because such road incidents apparently weren’t that common.

But with reckless driving, especially on the part of public transport vehicles, on the rise it’s time that transport authorities step up regulation and adopt more preventive measures to keep bad drivers off the roads.

It cannot be the case that such incidents are no longer shocking because they have become commonplace.

Whether it’s through more stringent driving tests, stepped-up enforcement, or mandating higher frequency of health check-ups, something must be done.

The LTA is the only authority that can enforce tighter measures to prevent destructive behaviour on the road.

If it refuses to, then recklessness on the roads will reign and we should cease to be shocked at another pedestrian becoming roadkill.