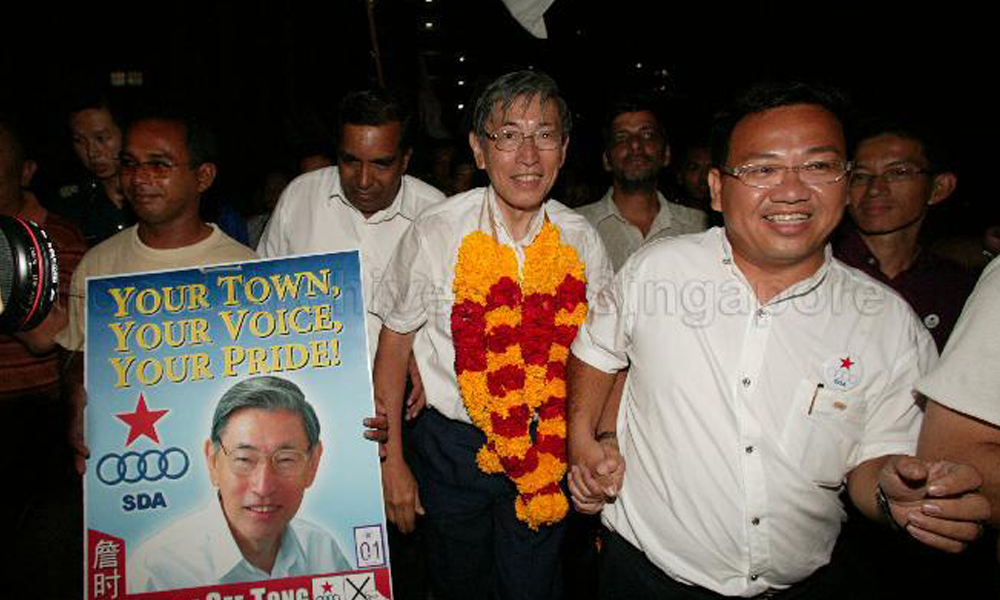 RONALD LEE: What used to be one of Singapore’s top opposition parties looks effectively decimated.

In its heyday, the Singapore People’s Party was represented in parliament by founder Chiam See Tong.

It was one of two opposition parties, in recent times at least, to be represented in parliament.

And now, with Chiam taking a bow and most experienced members having left the party, what’s next for the SPP?

For the past 2 decades, the SPP was essentially a one-man show – voters probably remember the lines on Mr Chiam’s face better than the lines on the party logo.

They scored a coup with former government scholar Benjamin Pwee (a Lim Tean with less bite and much less hair).

And then there was the affable Jeanette Chong-Aruldoss who came after.

And then the vocal sports chap Jose Raymond.

Even talents like the lesser-known abang Abdillah Zamzuri who stood in Bishan-Toa Payoh as a candidate alongside Mr Chiam.

The party has effectively shattered come 2019.

Mr Chiam, at 84 years old, is stepping down due to failing health.

His wife Lina, whose hairdo extends much longer than her likeability, has rode on the influence of her esteemed husband for long enough.

Chong-Aruldoss has called it a day.

Pwee has jumped ship to the Singapore Democrats.

There are no more veterans left – except new member Steve Chia of National Solidarity fame, or notoriety depending on which side you butter your buns.

Jose Raymond, though active, is untested.

Mr Chiam’s, a lion in his own right for enduring all that has been thrown at him by the PAP, has failed in the one most important aspect expected of a leader of a pack – succession-planning.

Will the SPP die together with the retirement of its one-man icon?