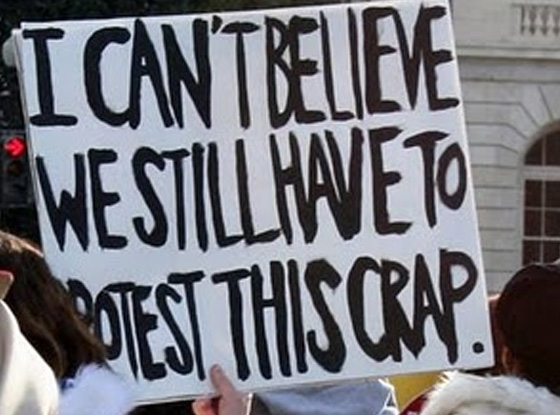 The defamation suit against Roy Ngerng by Prime Minister Lee Hsien Loong is not state-sanctioned, but a civil case initiated by one citizen against another. Unfortunately, Mr Lee happens to be the Prime Minister of Singapore and Roy Ngerng’s alleged defamation is related to Mr Lee’s actions in regards to his role in a state run organization. If Singapore is indeed the police state Roy Ngerng claims that we are, why is Roy Ngerng not in jail and free to travel the world to put Singapore down in front of the world and allowed to continue to defame Mr Lee?

As for the police’s investigation into Roy Ngerng’s and Han Hui Hui’s actions at Hong Lim Park, one must note that this was only initiated after they intruded into and disrupted the performance area of another group of Singaporeans. Roy Ngnerg, Han Hui Hui and their band of supporters have been holding rallies after rallies at Hong Lim Park and no action was taken against them. So the investigation is not to suppress free speech, but the manner in which it was done and to protect the rights of all Singaporeans.

Essence of Free Speech and Democracy in Singapore

At the end of the day, free speech is not about just your own right to speak, but also about the rights of others to speak. What Singapore’s democracy’s advocates and their supporters seem to forget is the latter. To the anti-government segment of the population, anyone that holds a different view is against them and they are to be attacked. Name calling, online shaming are par for the course for anyone willing to speak up for the government.

At its essence, free speech and democracy is not only about allowing people to choose, but also about accepting and supporting the choice of the majority even if it goes against everything you believe in. By this standard, “democracy advocates” like Roy Ngerng and Han Hui Hui have not truly embraced the concept and spirit of democracy. In my view, they are not proponents of democracy. They are proponents of anarchy.

This commentary was first published in SG Leaks.
Send us your commentaries at mail@redwiretimes.com